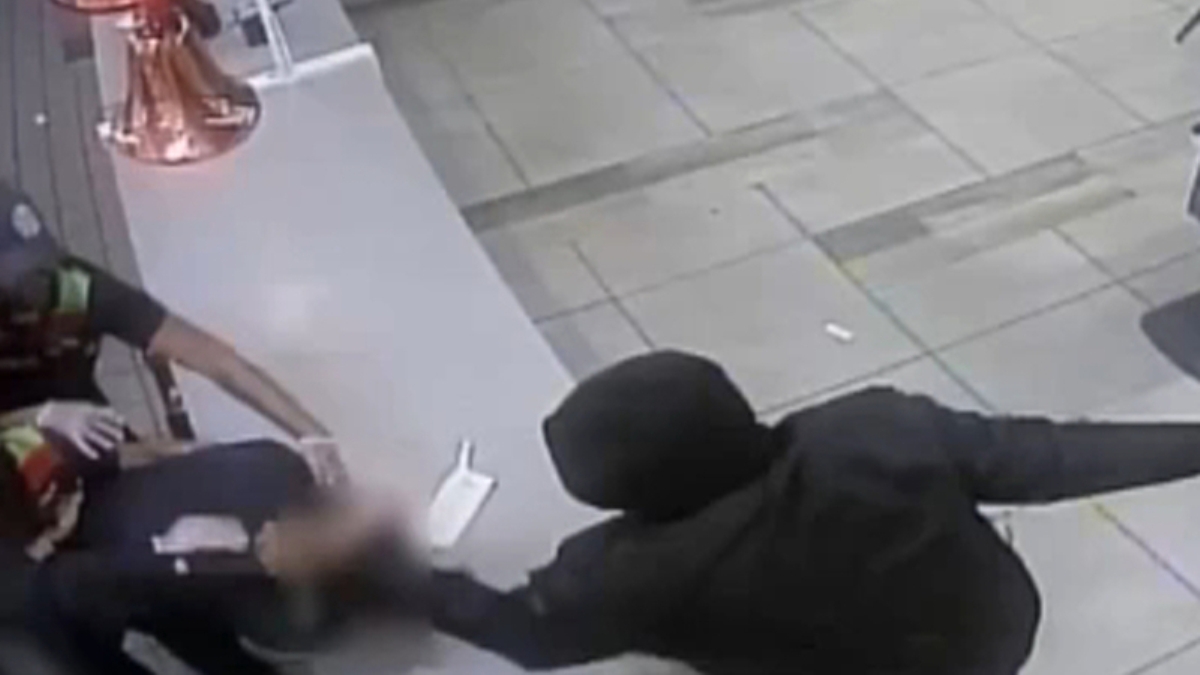 Two men attacked a worker at a “Burger King” restaurant in Brooklyn for an alleged delay in his food order, the NYPD said.

In search of the suspects, NYPD released a video yesterday of the brutal attack, which occurred at the fast food business located on Linden Boulevard, Brownsville neighborhood, around 6:15 pm on December 4.

The suspects first they complained that their food was taking too long to prepare before the dispute became physical. One of the customers jumped on the counter and wrestled with the young worker before both suspects hit him. repeatedly hit in the face, according to images of the assault provided by the NYPD.

At least one of the men showed a knife during the assault, according to the NYPD. Two other employees came to the aid of the victim before one of the attackers jumped onto the counter. The vandal duo then quietly walked out of the restaurant and was last seen on Powell Street, he detailed. New York Post.

The 22-year-old victim was treated by paramedics at the scene. A month later, the suspects are still at large. Who has information should call at 1-800-577-TIPS (8477) and in Spanish 1-888-57-PISTA (74782). Also via the crimestoppers.nypdonline.org page or by text message to 274637 (CRIMES), followed by TIP577. All communications are strictly confidential.