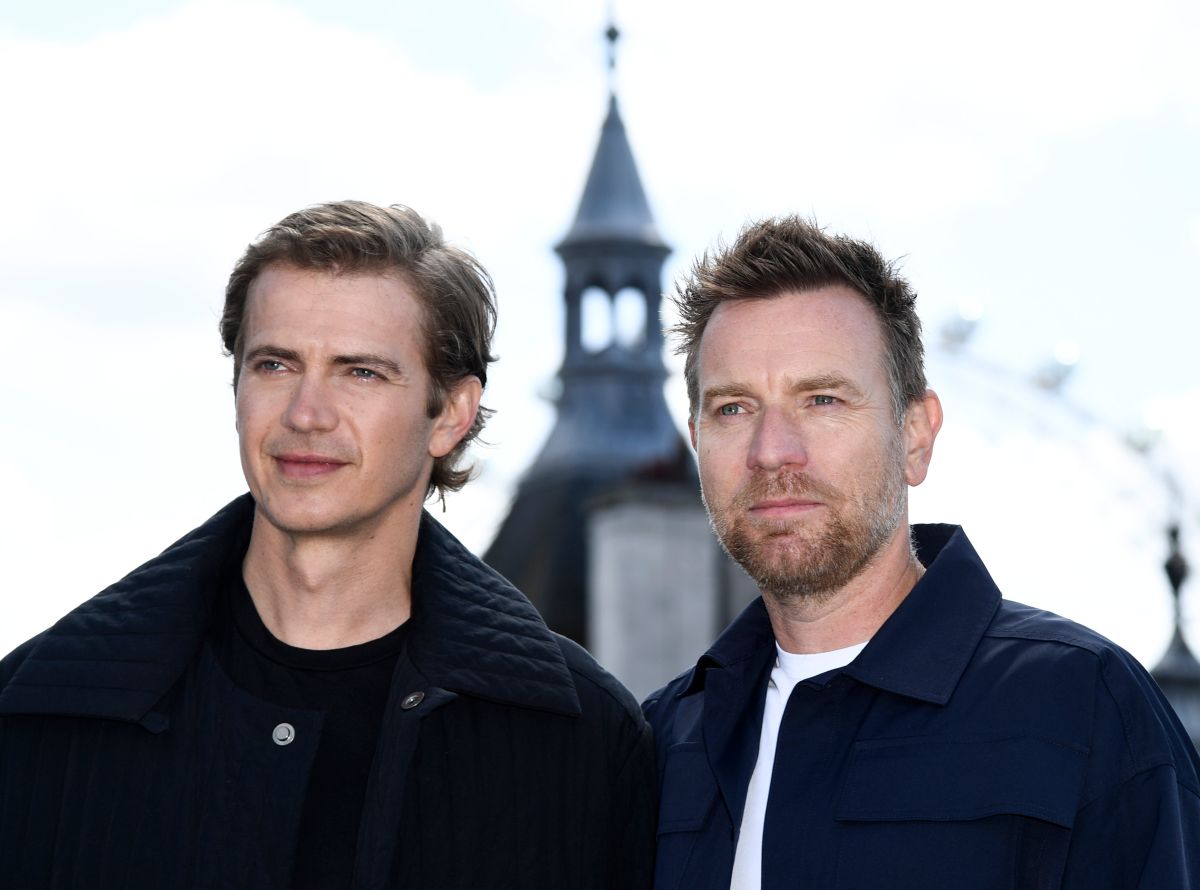 ANAHEIM, Calif. – Ewan McGregor and Hayden Christensen appeared on the stage of the Anaheim Convention Center arena and Star Wars fans went crazy watching the protagonists of “Obi-Wan”, a series that premieres this Friday, May 27 on Disney+.

It was the first time that Star Wars fans from all over the world met again after the pandemic for a Star Wars Celebration, a meeting they used to hold every two years and that Lucasfilm, the studio responsible for the franchise, usually takes advantage of to announce new productions.

In the first major panel of this conference, which will last until Sunday, Lucasfilm presented the new series “Andor” with Diego Luna as the protagonist. It was announced that the already classic film “Willow” will also have a series produced by Ron Howard. They also anticipated that the series “Ahsoka” -starring Rosario Dawson- will premiere in 2023. Another new series with children as protagonists was announced, “Star Wars: Skeleton Crew”, while the composer John Williams was honored and even served for Harrison Ford to announce the date premiere of the next Indiana Jones movie.

“The Obi-Wan character that we know, calm, wise, from the original trilogy with Alec Guiness and that I played in episodes 1 to 3, will enter a darker place,” said McGregor about the new series that tells the story about the respected Jedi, Obi-Wan Kenobi.

But the one who got the biggest ovation of the day -if we don’t count the tribute to the legend John Williams with the presence of Harrison Ford (keep reading)- was Christensen, who returns to the Star Wars universe after his portrayal of the young Annekin Skywalker in the trilogy of episodes 1 to 3, before becoming Darth Vader. The 41-year-old Canadian actor was excited to be able to share with the fans of the saga.

In the afternoon, the participants in Star Wars Celebration were summoned to see the first two episodes of “Obi-Wan Kenobi” in world premiere.

Shortly after, Ron Howard and Jonathan Casdan took the stage to confirm that the series “Willow”, based on the 1988 film devised by George Lucas and directed by Howard himself, will premiere on November 30 on the Disney streaming platform.

“I’ve had a lot of amazing experiences in my career, but making ‘Solo’ (the film about Han Solo’s beginnings) was one of the best. Being inside the Millennium Falcon was amazing,” Howard told the audience made of Star Wars fans.

“Ever since ‘Willow’ came out, people have come up to me saying how much they love the movie, how much they love the world that we created for that movie,” he continued, later explaining that the idea for a Willow series came up during the making of “Only”, in which Howard worked with Kasdan, who fought for the project until it became a reality.

Willow’s character is played again by Warwick Davis 35 years later. In addition, his daughter in real life plays his daughter in the series, and his son doubles Willow in some scenes, Davis confessed on stage.

Dave Filoni and Jon Favreau, responsible for the two seasons of “The Mandalorian” and “The Book of Bobba Fett” also had a mass bath with the fans. They said that they are now filming “Ahsoka”, starring Rosario Dawson. This series about a Jedi woman who already appeared in “The Mandalorian” will premiere next year, as announced by the actress herself in a video message recorded from the set of filming.

“The Mandalorian” will also return for a third season, Favreau announced, in which the plot will continue after Rogu (aka Baby Yoda) is reunited with the Mandalorian – who is forced to abandon the creed – in the last episode of the series’ second season.

Another of the great novelties was the announcement of a series from the Star Wars universe in which the main characters will be a group of 10-year-old children from a small planet lost in the galaxy. The plot takes place after “The Return of the Jedi” and at the same time as “The Mandalorian” in the Star Wars timeline.

“It is a series with children, told from their point of view, but it is not a show for children,” explained its creator Jon Watts and screenwriter Chris Ford, responsible for Marvel’s “Spider-Man: Homecoming”.

John Williams, the soundtrack of our lives

The star presentation of this Star Wars Celebration closed with an emotional tribute to composer John Williams for his 90 years, who was presented by Kathleen Kennedy, president of Lucasfilm.

“For the past 40 years, John Williams has provided the soundtrack of our lives,” Kennedy said. “John’s music has defined every character we know.”

Williams himself came out on stage to lead the orchestra that performed the main theme of “Obi-Wan Kenobi” live for the first time. He also played the music of Indiana Jones, composed by Williams himself. Immediately, Harrison Ford appeared by surprise, who made an allegation of Williams as a master of music but also as an endearing person. Visibly moved, the composer appreciated the words of his friend for decades.

Ford took the opportunity to announce the release date of the next Indiana Jones movie, which is in the final stages of production. It will be June 30, 2023.

The presentation ended with the orchestra conducted by Williams interpreting the main theme of Star Wars, how could it be otherwise.