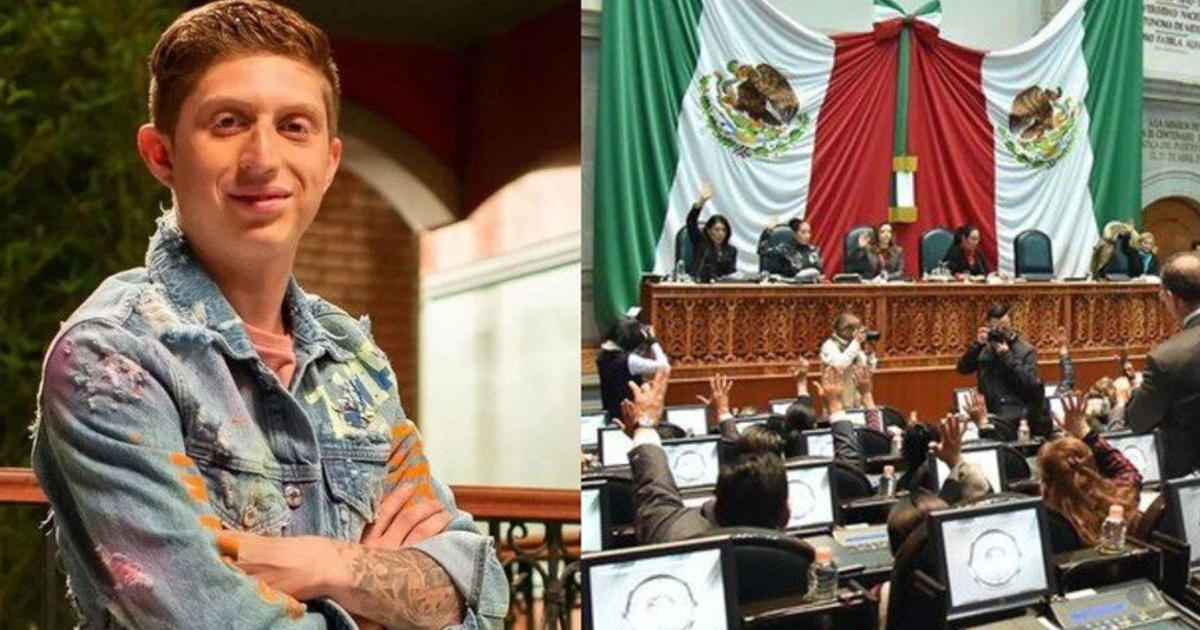 The Morena deputy in the Congress of the State of Mexico (Edomex), Luz María Hernández Bermúdez, presents this November 15 the so-called Octavio Ocaña Law to guarantee “respect for the dead.”

This initiative of the Octavio Ocaña Law seeks to reform article 227-bis of the Penal Code of the Edomex that addresses “crimes against the respect for the dead and violations to the laws of inhumation and exhumation.”

The reform is made in conjunction with the law firm Lex Pro Humanitas, which is handling the defense of Octavio Ocaña’s case and has the approval of members of the Perez Ocaña Family.

Octavio Ocaña, an actor about to turn 23 years old, was murdered in Cuautitlán Izcalli on October 29, 2021.

His case was plagued with anomalies since the municipal transit police responsible for the death claimed that the young man had shot himself, acted with excessive violence when he had not resisted, stole the young man’s belongings, altered the scene of the crime, and took photographs of the body in the morgue, among other irregularities.

In addition, respect for the dead was violated in the case, given that photographs and videos of his corpse were later released while he was in the custody of the Forensic Medical Service (Semefo) authorities. Remember Jenni Rivera’s accident when body parts were leaked to the press? It is quite similar, and the law means to cover these issues.

With this law initiative “Octavio Ocaña” seeks to continue working for justice in the case a year after the murder.

In the State of Mexico, the fine for this crime is much lower than in other states, as it considers three years in prison and between 30 and 100 days of fine.

It also seeks to broaden the responsibilities since it only contemplates punishment for public servants of public security and justice administration.

People seek to upload them. However, two people were arrested for leaking their photos.

Octavio Ocaña’s lawyers maintain that he was murdered.

According to Lex Pro Humanitas, which assists victims of human rights violations, they have demonstrated that contrary to what was initially claimed, the injury that killed Octavio Ocaña could not have been caused by the weapon he was carrying because it was of a different caliber, so it was a homicide, in addition to the fact that the shot did not occur inside his truck.

He also affirms that Octavio Ocaña and his companions did not detonate any firearm, as the local traffic police claimed.

In addition, the traffic police fired at least three times at his truck without justification.

The lawyers denounced and proved that their companions were beaten without resisting arrest.

And that Octavio Ocaña did not commit any traffic infraction or crime that warranted his arrest.

In addition, videos and photos of his corpse were disseminated, his valuable belongings were stolen, and all the action protocols were overturned.

Leopoldo N is linked to the Octavio Ocaña case

For alleged police abuse, he was linked to the Leopoldo N. process. Leopoldo has two criminal proceedings as a probable perpetrator in crimes of:

He is in justified preventive detention, reported the lawyers from the Lex Pro Humanitas office, the lawyers for Octavio Ocaña ‘s family:

Regarding police officer Gerardo N, they pointed out that he continues to be wanted throughout the country by the Edomex Prosecutor’s Office.