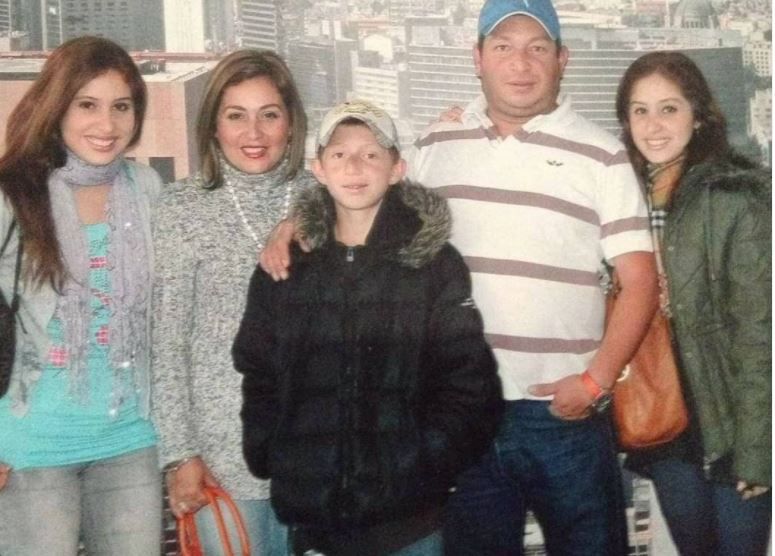 In the framework of the holidays, Bertha Ocana Y Nerea Godinez they remembered Octavio Ocana with some heartfelt messages that they shared on their respective social networks.

The actor who conquered the Mexican public as “Benito Rivers” in Neighbors, He lost his life on October 29 in the municipality of Cuautitlán Izcalli, State of Mexico, due to a shot in the head.. Minutes before the unfortunate death, Octavio Ocaña was involved in a police chase where security elements chased the truck he was driving until it suddenly stopped.

Since then to date, both the parents, sisters and Octavio’s ex-girlfriend have fought to clarify the facts through legal means and marches, but they have also remembered him with great affection, as they have made it known in interviews and through their social networks.

Bertha Ocaña, the actor’s sister, shared on her Instagram profile a moving photograph that was taken during her Christmas celebration with her parents and twin. In the postcard you can see the members of the family holding a painting with an image of the deceased actor in the center.

“You will always be present in our hearts and in every second that remains of our life, you were our greatest pillar, the most loved of your family, you are unforgettable my king”He wrote next to the photo.

Bertha took up a couple of prescribed messages on her Instagram stories, all in reference to the difficult process involved in the death of a loved one. In addition, he uploaded another photograph that he took of the image of the child God next to a painting by Octavio Ocaña.

On the other hand, Nerea Godínez decided to visit the place where Octavio Ocaña died to perform a symbolic act, toast with whoever your partner was this Christmas. The fiancée of “Benito Rivers” published on her Instagram profile a short video that she recorded in front of the actor’s niche, a moment that was set to music with In this life it was not possible by Luis Antonio López “Cuddly”.

In the audiovisual fragment, Nerea is seen extending her arm, with a drink in her hand, towards the niche. Inside the small place, Godínez placed a beer and made the well-known gesture of toast. In the video you can see how the place where the actor died seconds after stopping his truck looks like, there are some flower arrangements and a large religious image.

“Merry Christmas love of my life, you will never lack light or company while I have life. I LOVE YOU FOREVER. Your favorite beer and what for me was “chelear” and you always bought me in this, my love could not, but I know that somehow we’ll get back together! May every tear that I have shed for you give me the strength to continue, “he wrote in his post.

Nerea made a second publication with a series of photographs that he took of the place while enjoying his drink in honor of the young actor, who died days before his 23rd birthday. He also stated that his son, with whom Octavio Ocaña had an excellent relationship, brought him some bracelets and a photo of the lovers that he would have colored. “We love you my king”He added.

“I have come to visit the place of the ´accident´ like every week since it happened and after spending a while there with him and playing the songs that remind me of him, I feel a little calmer, although it does not fill at all the emptiness that makes me feel and I felt his presence [emoji de catarina]”He commented together on his Instagram stories.

Octavio Ocaña: new lawyer for the family revealed that there is a second investigation folder for “a garrafal failure”

“Your happiness was damaged enough”: Octavio Ocaña’s mother celebrated his birthday with a heartbreaking image