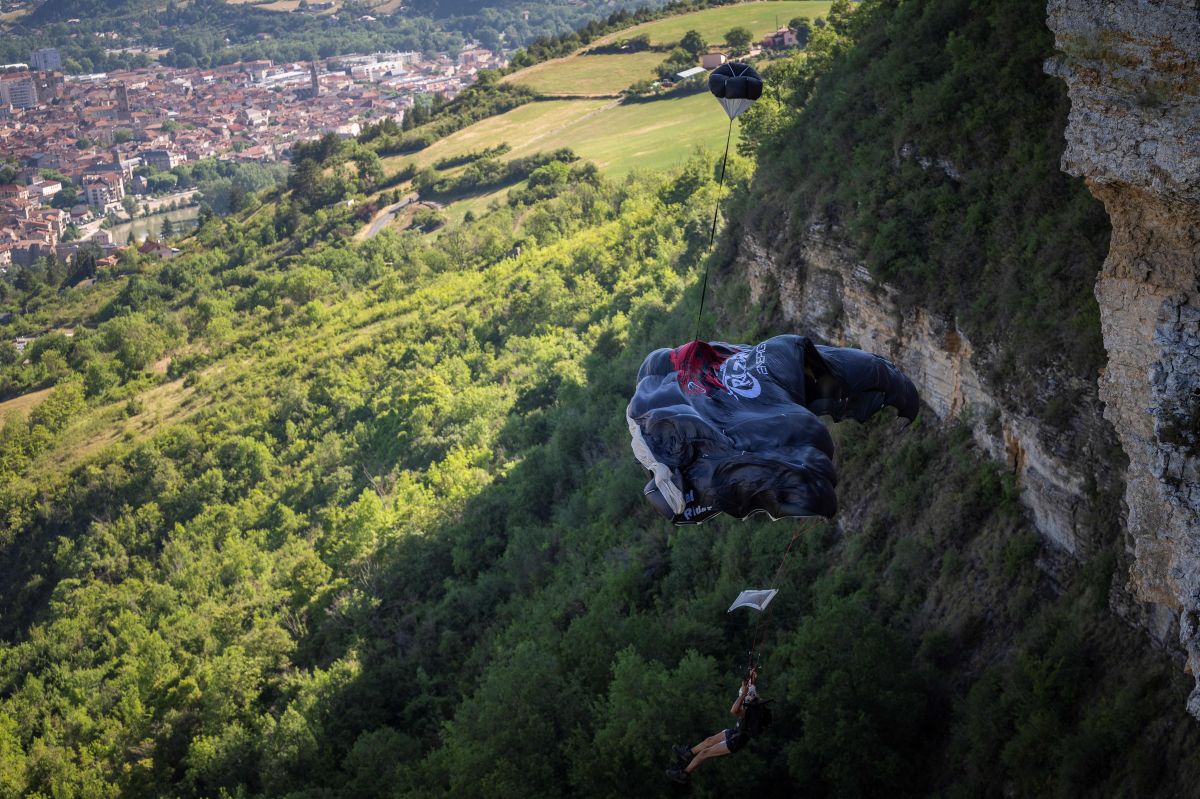 An extreme sports fanatic lived a real nightmare after he found himself flying a parachute at high altitude and it was rolled up by the strong air current that existed where he was.

The images released showed how the athlete Kevin Philipp was calmly flying outdoors when his parachute was completely reeled in and went on to fall freely into the void.

Behind this, he proceeded to open his emergency parachute but it got tangled just like the first one did, in such a way that its use was impossible and almost condemning Philipp to certain death.

However, adrenaline led him to play his last card and he pulled to open a second emergency parachute that did deploy and prevent his impact with the ground, just a few seconds before crashing.

Although he did not say the place where it happened, The athlete expressed on social networks that at the moment he is “no time to die”, in a publication that today accumulates more than 2.7 million likes on Instagram and more than 28,000 commentsmany of them distressed by the situation experienced by the extreme sports fanatic.

The video went viral in such a way that international media such as ESPN or Fox published it on their social networks and recounted Phillips’ impressive experience.