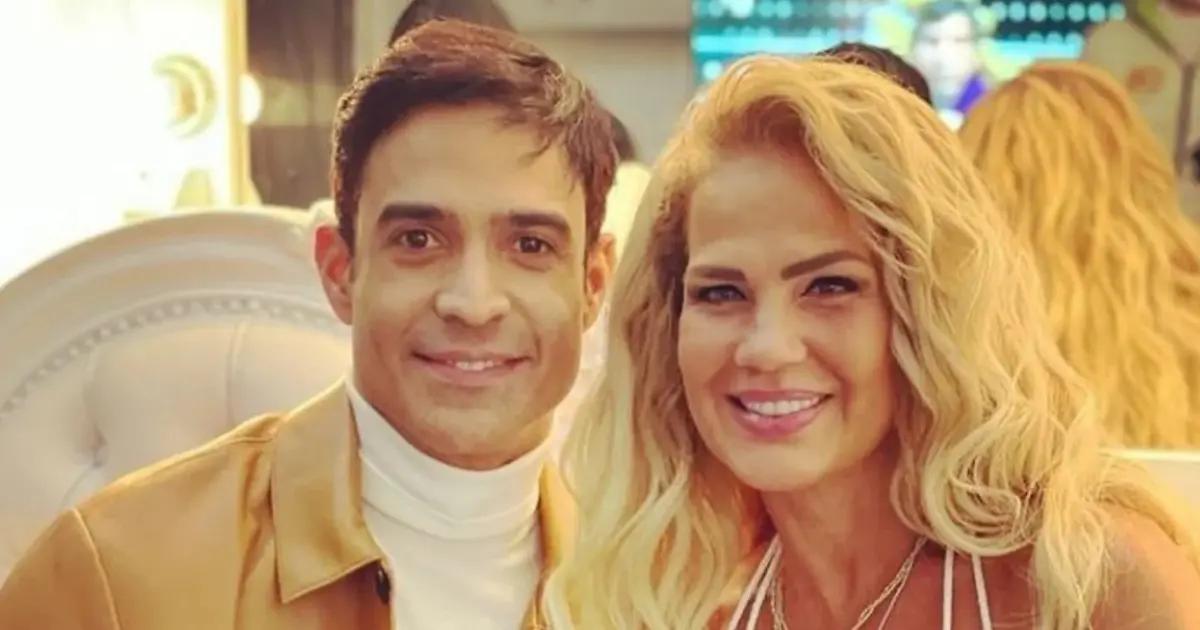 After only five months and even assuring that they would get to the altar, Niurka Marcos confirmed that she had ended her engagement with Juan Vidal. This situation had begun to be rumored during the last few days, but now she has given all the details, reasons, and how it happened.

After a great romance that began in La Casa de Los Famosos 2, where by the way they showed that they had great chemistry in every way, now the Cuban vedette takes the first step in talking about the subject, confirming it and very much in her style, giving details with controversial phrases about what she thinks of him, what the actor told her from the beginning and what will happen now with their sentimental and professional lives.

This is the video that would have confirmed the beginning of the end:

In front of several media, from an airport, the also participant of Rica, Famosa, Latina, shared her feelings by comparing her now ex-partner to toilet paper and even mentioning why he could never have something “stable” with another person, causing great commotion.

“It’s like toilet paper; if you waste it from sh*t to sh*t, it wears out. I’m done with Juan, and I can quote something he told me himself: ‘Forgive me, my love, I recognize that I’m a sh*t for relationships,’ so that made me not take it personally because he has been a sh*t with me, he was with Cynthia, he was with the other one and even with the girl’s mother,” Marcos began about Vidal.

The queen of scandal in Mexico assured that despite the actor’s warnings and that she was aware of it, she is sad because she wanted to try something serious and real after her previous relationships, including Televisa producer Juan Osorio and actor Bobby Larios, the result has been equally negative and fleeting.

“I leave sad because I met a man who is beautiful on the outside but hollow on the inside, a man who himself recognizes that he is shitty for relationships (there was no infidelity) because those mamad*s don’t bother me. I’m not a woman jealous of infidelity and all that,” she added.

Although the motive was not infidelity, the actress denied that Juan Vidal was a “chichifo“, which means ‘kept,’ with her, unlike what had happened to Cynthia Klitbo. So again, the Cuban acknowledged that at the end of the story, the telenovela villain’s version was not very different from hers, but at least in that aspect, it had not been so.

Marcos acknowledged that despite everything, she “loves” Juan Vidal. Still, her big reasons for breaking up with him are also focused on a type of mistreatment that she was not willing to tolerate and less so with the explosive and strong character he has.

“I love him, but he’s a jerk. I’d rather get it off my chest because it’s very toxic. He mistreated me… but my mind was on another level; he groped me, but my brain forgot. Reconciliation is far away. He is a person who kicks his luck“, concluded the vedette.

A few days ago, Cynthia Klitbo confessed in tears that she still can’t assimilate her breakup with Juan Vidal. He already has a new relationship with Niurka and is even engaged.

“Those issues hurt me. It’s something I still can’t talk about, what loneliness I must have had to believe everything he told me. I cried a lot, and I went through many difficult moments,” she said for the cameras of Venga la Alegría.