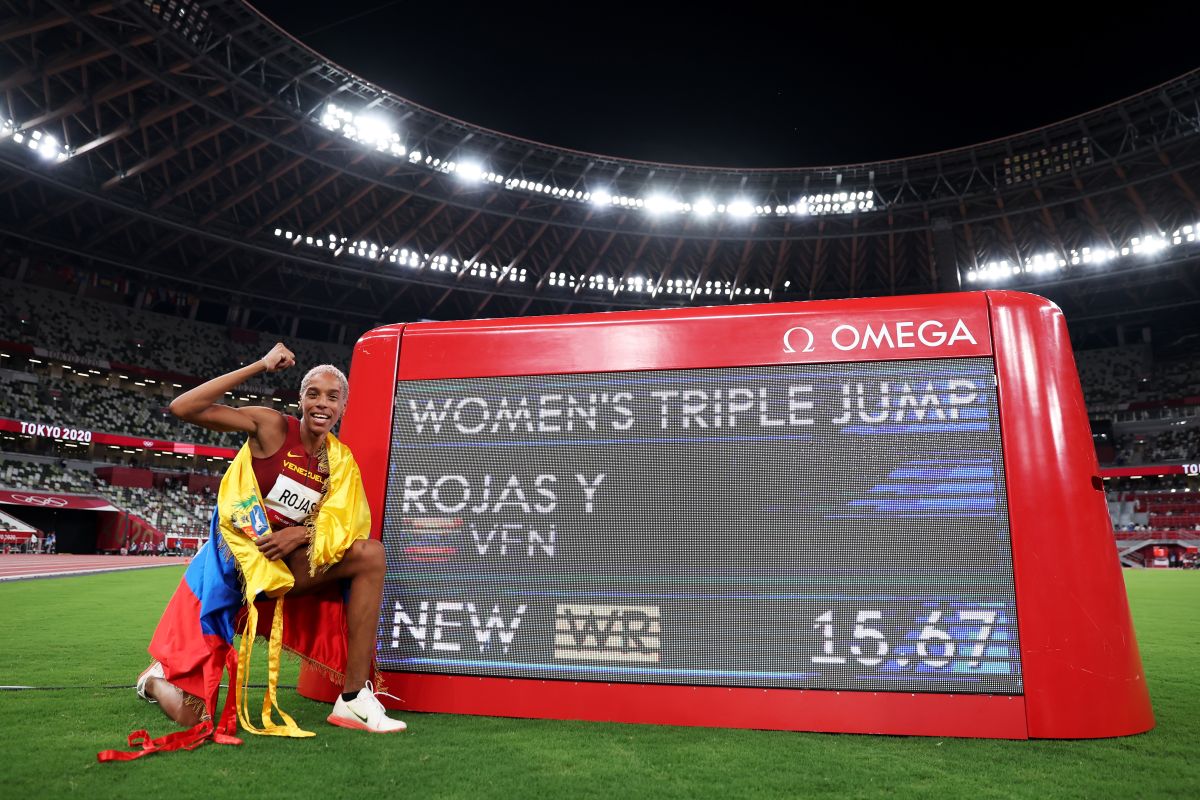 There are already several world records that we have seen in the athletics events in Tokyo 2020, and many attribute this to the impact of the “super shoes” and an Olympic elastic track built for speed.

The three new world records set at these Games are only one short of matching those achieved in Beijing 2008 and London 2012.

“With more than half the athletics program ahead, three more world records would make these the Olympics with the most new records since Montreal 1976, when there were nine,” says Simon Gleave, head of sports analysis at the consulting firm Nielsen Gracenote.

But what role do shoes and the track play in these brands in Tokyo?

What records have been broken?

The american Sydney mclaughlin on Wednesday broke his own world record by winning the women’s 400m hurdles just 24 hours after the Norwegian Karsten warholm do the same for gold in the men’s 400m hurdles.

Five of the women finalists in the 400m hurdles set personal records.

The double champion of speed Elaine Thompson-Herah set an Olympic record in the 100 meters and ran the second fastest time in history in the 200 meters, while the Venezuelan Yulimar Rojas set a world record by winning Olympic gold in the triple jump.

Sneakers: technological progress or a step too far?

Many athletes wear super lightweight footwear that contains a rigid plate and unique foam that provide a propulsion sensation on every step.

Critics claim that this shoe, first developed by Nike, is the equivalent of “mechanical doping.”

Its supporters see it as a revolutionary breakthrough after decades of stagnation.

“There seems to be an acceptance now that the new generation of running shoes is part of the advancement of sport,” says Geoff Burns, biomechanics and athletic performance researcher and running shoe technology expert.

But after winning gold on Tuesday, Warholm criticized runner-up Rai Benjamin’s Nike footwear and said he was working with Puma and the Mercedes Formula 1 team on his own sneakers.

“He had those things in his shoes that I hate,” Warholm complained. “I don’t see why I should put something under a running shoe. I think that it takes away the credibility of our sport“.

The four-time Olympic gold medalist Michael Johnson he told the BBC that he doubted “super shoes” would give an unfair advantage.

“I heard Usain Bolt say the other day that if the shoes start to get too fast that’s unfair.”

“I would have a problem if clothing started to make athletes faster than they really are. We don’t want that ”.

The designers of the Olympic Stadium track have added gum granules to the 14mm track, while the bottom layer has a hexagonal design that leaves small air pockets.

Track designer Andrea Vallauri told British newspaper The Guardian that this provided “shock absorption and some energy return; at the same time, a trampoline effect ”.

“We have improved this combination and that is why we are seeing that the track has improved its performance,” he added.

He further said that the surface gave them a performance advantage of the 1%-2% to athletes, which made it the fastest in history.

400m hurdles champion McLaughlin said after her record-breaking run on Wednesday that the track gave her energy back and that “it pushes you and propels you forward “.

He added: “It was really cool … Pushing the limits of what is possible.”

So what is the verdict?

It is clear that the track is proving beneficial, although in all the Olympic Games the organizers bet on an innovation in the surface where they run.

The debate is more divided about exactly how much “super shoe” adds up, but athletes say it’s having an impact.

However, the president of the World Athletics Federation, Sebastian CoeHe noted that he was just “looking at really talented athletes who probably run faster on fast surfaces.”

“Warholm is running fast, but we’ve always known that he runs fast and probably runs a little bit faster on this track.”