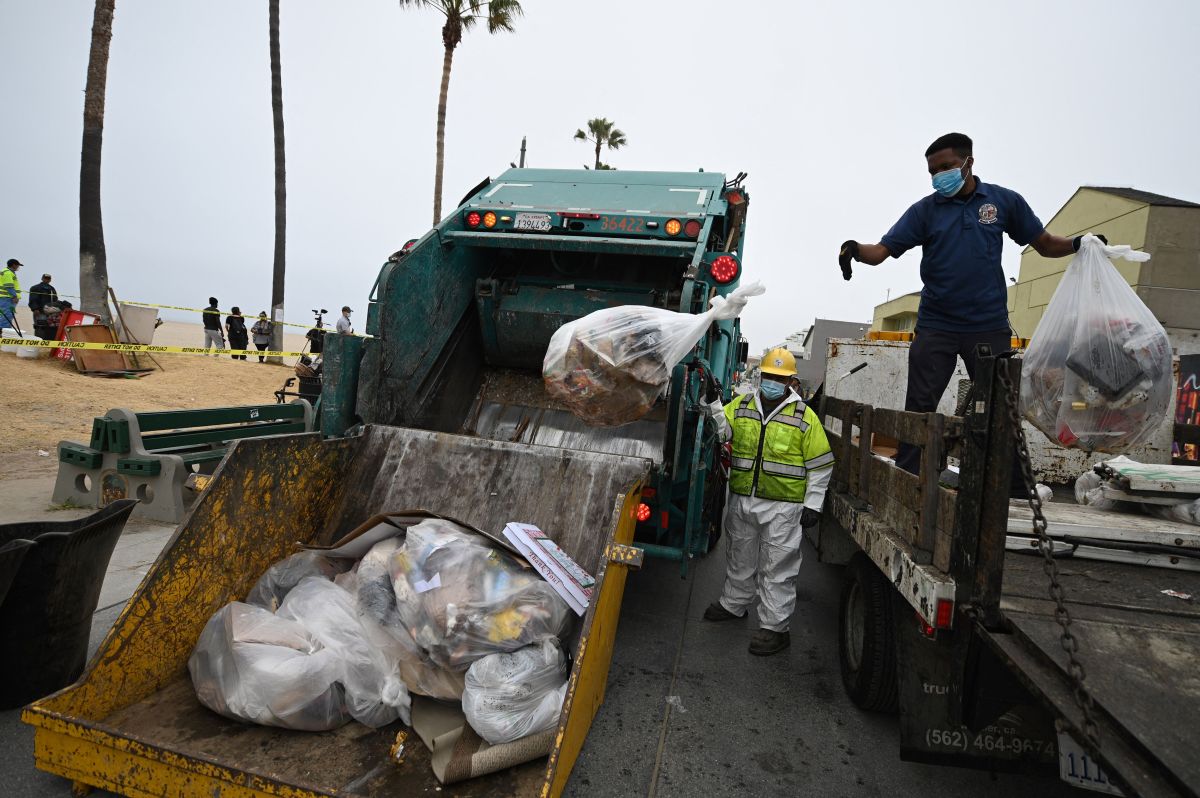 Hundreds of Orange County Sanitation Employees Go on Strike from the weekend, a situation that can affect the garbage collection service in several locations.

Approximately 400 workers from Republic Services, owned by Teamsters Local 396, stopped their work activities when they accused management of making unilateral changes without first entering into any negotiations and with the threat of retaliation against employees who take part in union activities.

On September 30, the union’s labor contract ended, while on November 23, approval was given to declare the strike.

“As for our clients, we ask that we be patient in serving them,” said union spokeswoman Katherine Tiffolla Esquerra.

“We understand that garbage will not be collected. I know our clients will stand behind us. They are 100% with us because we are in their neighborhood, at 7 am and until 8 pm, that’s a 14-hour shift; it is a long time to transport garbage, “added the spokeswoman.

The workers that make up the union are from the towns of Santa Ana, Garden Grove, Anaheim, Huntington Beach and Seal Beach.

“Republic Services is in contract negotiations covering our Teamsters represented employees in Orange County. Republica respects the rights of our employees and participates in the collective bargaining process and we continue to negotiate in good faith to achieve fair and competitive labor contracts, ”the company said in a statement.