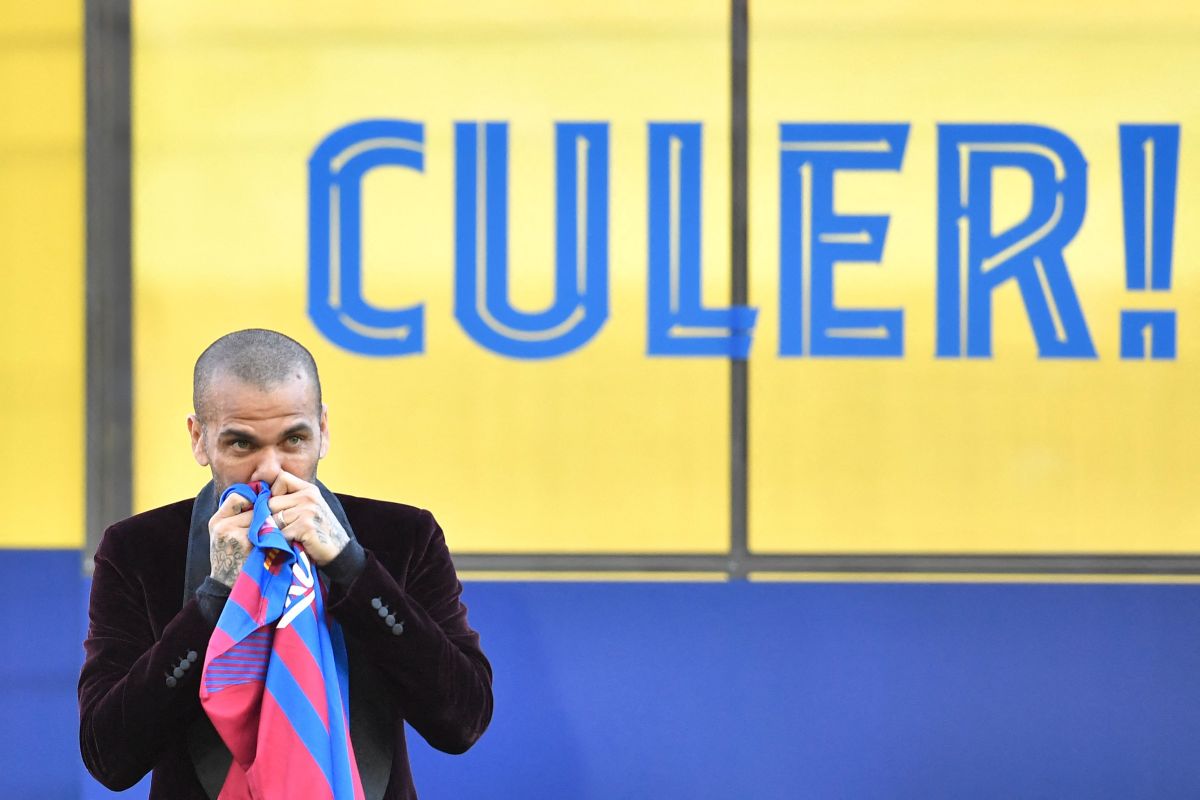 The great love felt by Brazilians is no secret to anyone Daniel Alves for FC Barcelona, ​​and although he now wears the UNAM Pumas shirt, the azulgrana doesn’t leave his heart.

paradoxically this Sunday the Brazilian will step on the grass of the Camp Noubut this time to face the culé team in the Joan Gamper tournament.

But it won’t be just any game, well Alves is expected to be honored by Barcelona and formally say goodbye to the Blaugrana fans.

Through his Twitter account, Dani Alves published a video to honor his time at Barcelona, ​​and accompanied it with the phrase, “once culé, always culé. The blood that runs through my veins is not just red, it is Blaugrana“.

In addition, he published several messages prior to the meeting, where he overflowed with the passion and feeling he has for the institution, and which he titled “My second letter.”

“Hello Catalans, today is a very special day for Barcelona fans, and as one of you I couldn’t be out. Everything we lived here taught me that no matter where you are, no matter how many turns you takeonce a culé, always a culé”, Alves wrote.

In total there were four tweets published by the defender in honor of the team he loves, and against which Joan Camper will fight for the cup.

“I don’t know if you noticed, but life always brings me back here, because good children always come home to say hello, never to say goodbye. Saying goodbye was never my strong point, because I don’t think we can ever separate“, he added.

“We are connected by soul and the blood that flows through my veins is not just red, it is Blaugrana. Every time I return my heart beats like the first time. The knot in the stomach is inevitable and the memories are memorable”, sentenced Dani Alves.

Dani Alves throws the first dart on his return to Barcelona: “The only thing that makes me lazy is going back to the Camp Nou in white”

Dani Alves after his arrival in Barcelona: “Life gives me the right to say goodbye to the Camp Nou”