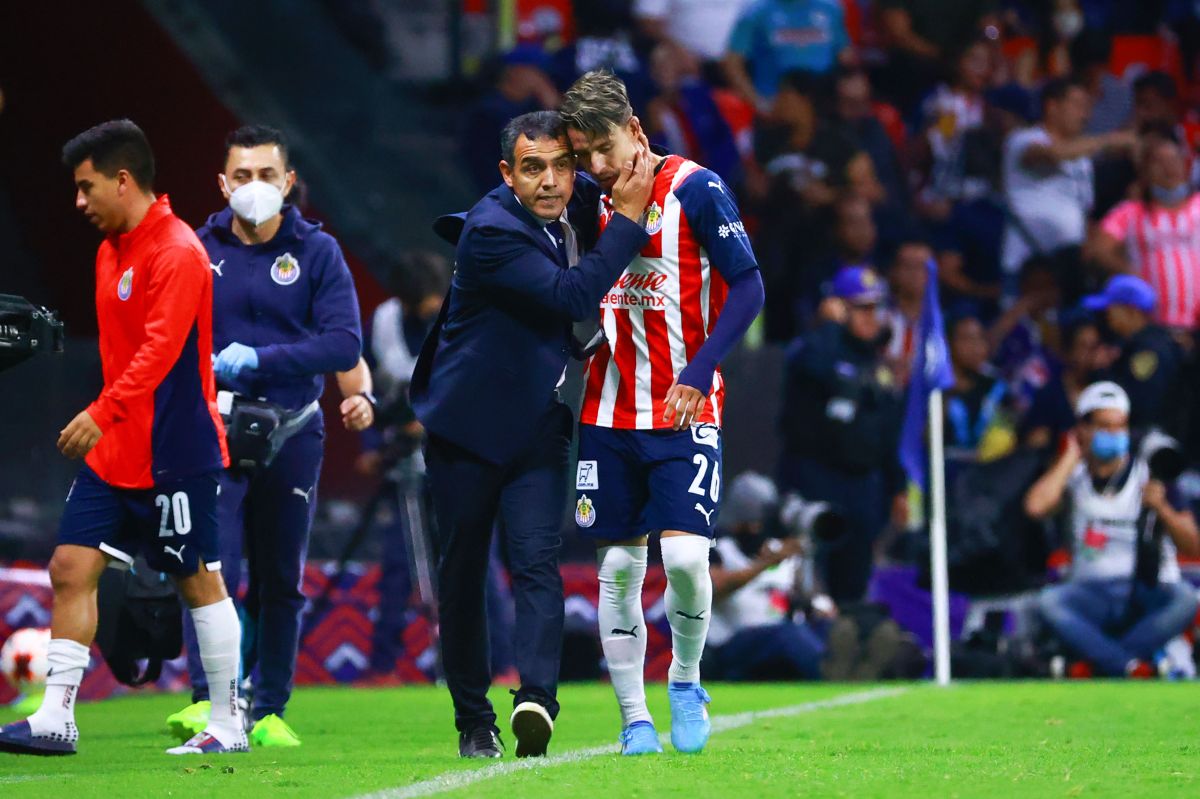 The Chivas from Guadalajaraone of the most popular teams in Mexican soccer, announced this Tuesday that Ricardo Cadena will stop being his interim coach to become the permanent one for the Apertura 2022 tournament.

“Ricardo Cadena will be in charge of the technical direction of the Flock at the Apertura 2022“, reported Guadalajara, the second team with the most League titles in Mexico with 12.

Cadena, 52, arrived at the Chivas bench last April replacing Marcelo Michel Leaño, who was fired due to poor results.

In his five-game interim, the native of Guadalajara added a loss in their first game and four wins in a row to qualify for the Clausura 2022 playoff.

Chivas de Cadena eliminated Pumas UNAM in the playoff and advanced to the quarterfinals, a series in which they fell to Atlas, which ended as the tournament champion.

Ricardo Cadena has already received his first reinforcement for the 2022 Opening, right back Alan Mozowho left the Pumas, in which he was one of the protagonists who got the runner-up in the Concacaf Champions League.

Also, the Mexican strategist suffered his first loss, striker César Huerta, who was not part of his starting scheme.

Guadalajara has not won a league title since last Clausura 2017so Cadena’s obligation is to return the trophies to Chivas, who are one championship away from tying America, the most successful player in Mexico, which is their greatest rival.

Las Chivas have a staff that by tradition is made up only of Mexicans, in which Alexis Vega, who is in the fight to play the Qatar 2022 World Cup with Mexico.

Other figures from Guadalajara is Jose Juan Maciasformer striker for Spanish Getafe, and the Olympic bronze medalists for Mexico, Roberto Alvarado, Fernando Beltrán and Jesús Angulo.EFE

Guadalajara will debut in the Apertura 2022 on July 2 when they host Juárez FC.

You may also like:
° Saúl Álvarez, the biggest “traitor” in Liga MX: the teams abandoned by Canelo in Mexican soccer
° In search of the Mexican revolution: the Liga MX player who could reach Mallorca at the request of Javier Aguirre is revealed
° Miguel Herrera and his position under threat: Tigres de la UANL sent an ultimatum to “Piojo”