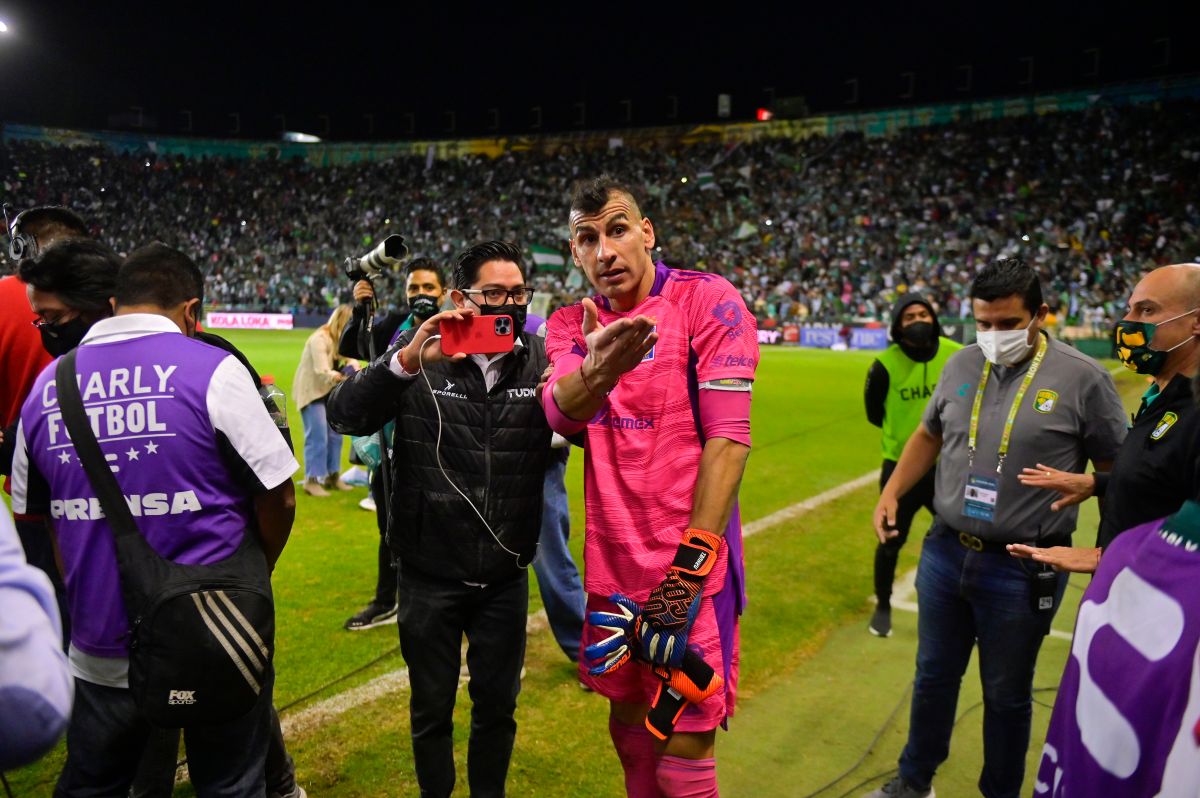 Rayadas de Monterrey were champions of Liga MX Femenil, after beating Tigres. However, much importance was given to a gesture by the UANL Tigres men’s soccer player, Nahuel Guzman. The Argentine goalkeeper He threw a stuffed animal on the playing field, but just at that moment the players of the rival team were passing. This action was criticized by fans of Mexican soccer.

After the resonance that the event had, Nahuel Guzmán defended himself through social networks. Despite the fact that throwing stuffed animals was a planned activity, criticism arises at the time and place where the footballer decided to throw it.

“There were like 50,000 people who threw stuffed animals. It was a coincidence that the girls from Rayadas passed by, there was no intention. I wish they would throw stuffed animals at me when I go to play on the court, ”Guzmán explained in a statement compiled by ESPN.

On the other hand, the footballer indicated that I was not going to have another moment to throw the object because he would go to the broadcast booth right at the start of the game. However, fans responded to his tweet with a video in which a clear contradiction is shown.

“It was something temporary, I was already going to the broadcasting booth and my teddy had arrived and I didn’t want to be left without throwing it. It was just the moment that we all left, both the girls from Tigres and Rayadas were going to the dress and I was going to the booth ”, explained the Argentine.

Finally, the goalkeeper of Tigres de la UANL questioned the way of doing journalism by indicating that they echoed a simple video posted through social networks.

“On the other hand, also to say that this doing journalism through people’s videos is getting easier and easier so congratulations to you“Said the goalkeeper, criticizing the news of what happened as a result of a video on social networks.

You may also like:
Nahuel Guzmán was caught on video throwing an object at the Rayadas de Monterrey players
· André-Pierre Gignac showed his talent with singing, but days later he was mocked for his peculiar clothes
· A great goal from Mexican Daniela Sánchez, nominated for the Puskas Award for best goal of the year