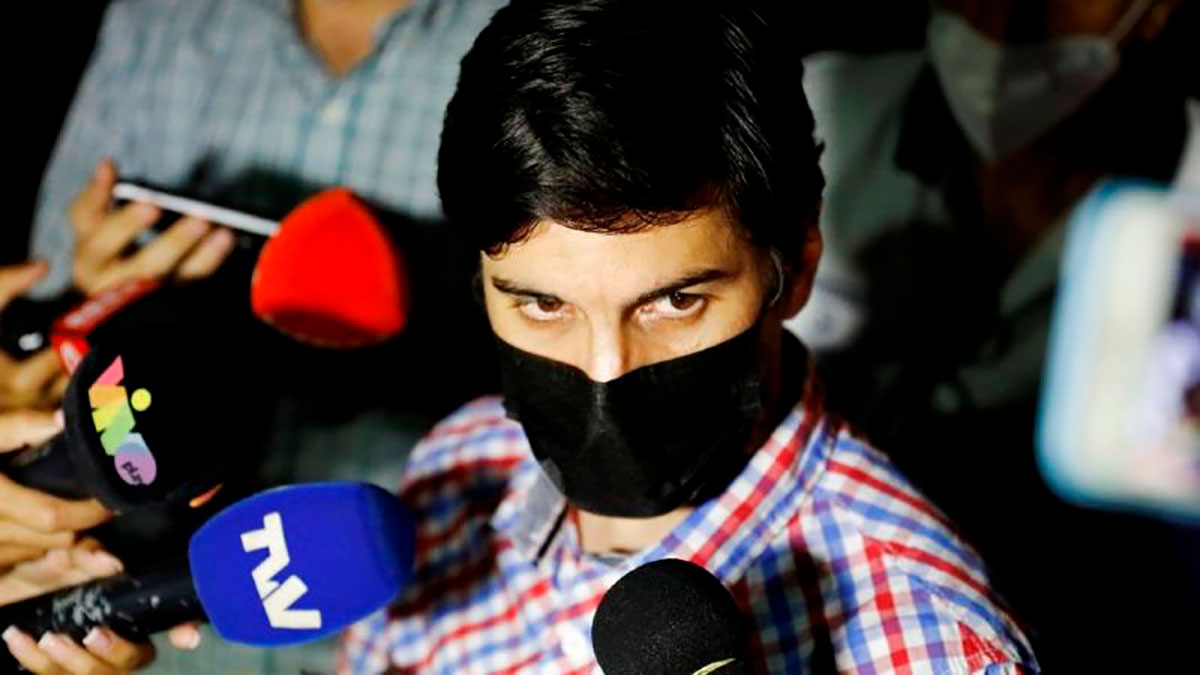 The Venezuelan opponent Freddy Guevara was released this Sunday after a month of arrest, as part of the beginning of a round of talks that began on Friday in Mexico City between the opposition and the government of President Nicolás Maduro.

The ally of opposition leader Juan Guaidó had been arrested on July 12 by agents of the Bolivarian Intelligence Service (Sebin), when he was driving on a highway in Caracas.

The reasons for the arrest were his alleged links – along with other politicians – with clashes that had taken place shortly before in neighborhoods of Caracas.

The detention center where he served his arrest was the Helicoid, a former shopping center that for years has been used to send detainees in similar cases and that is notorious for reports of mistreatment and human rights violations.

Accused of “treason” and “terrorism,” Guevara said in a video posted on Twitter by the opposition National Assembly that he was unaware of the conditions for his release.

It is believed that Guevara could be forced to serve house arrest.

With a view to September

The Venezuelan government and the opposition signed an initial agreement last Friday that establishes the guidelines for the dialogue in Mexico City.

Several countries will participate in the talks, including Norway, Russia and the Netherlands.

Both parties -government and opposition- have signed a memorandum of understanding in which they affirm that they are willing to agree on the necessary conditions to celebrate elections in the country “With all guarantees” and underline the need to lift the international sanctions against Venezuela.

Another topic that will be discussed in the meetings is humanitarian aid.

The next meetings aimed at ending the political stalemate in the country will take place between September 3 and 6according to a statement from the Norwegian Foreign Ministry, which is facilitating the talks.

Rremember that you can receive notifications from BBC News Mundo. Download our app and activate them so you don’t miss our best content.