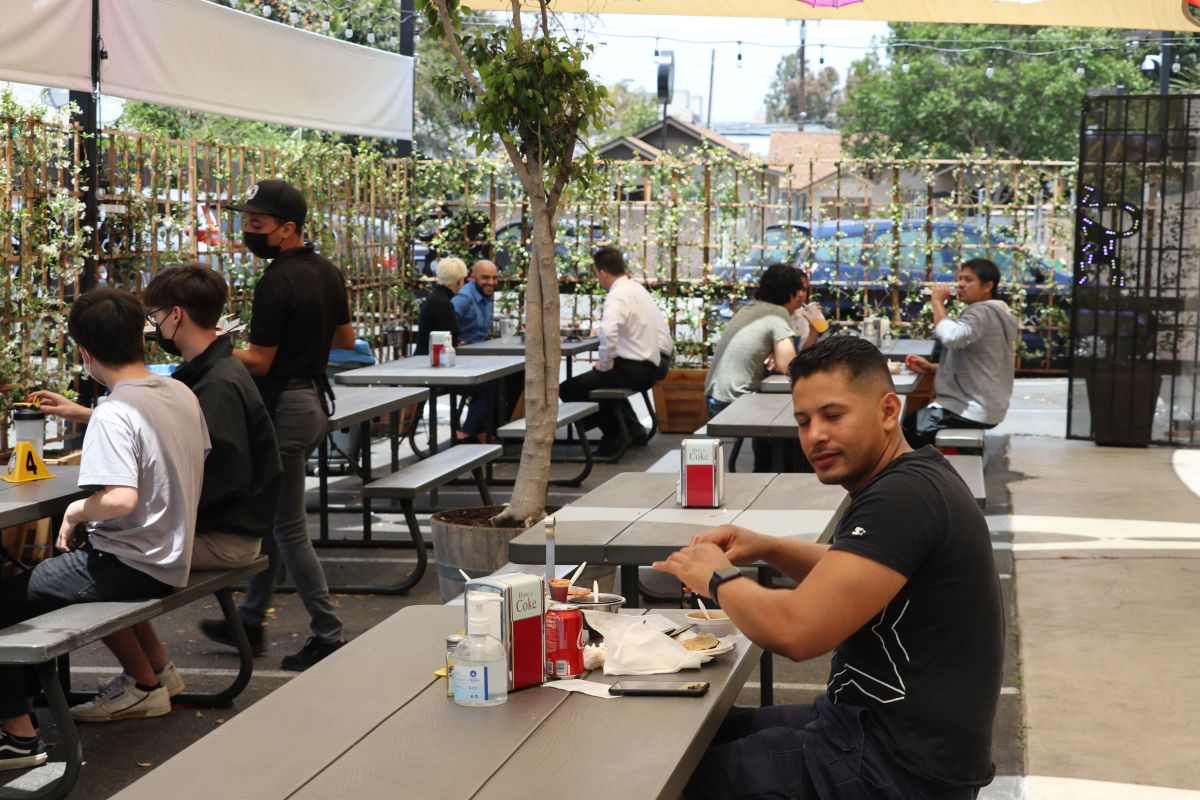 The Orange County Board of Supervisors made history Monday by approving new supervisory district boundaries and for the first time, one of them is majority Latino. This is District 2, currently represented by Supervisor Katrina Foley.

This is the result of the last census, something that is done every 10 years to respond to changes in population and demographics, among other factors, said Molly Nichelson, a county spokeswoman.

He indicated that during the redistricting, the population changes that occur in an area are observed with the census data.

“So we did the census last year, we already have the results and from that we have to look at the new border lines in the district and where they should be drawn,” Nichelson said.

The spokesperson explained that the most important thing about redistricting is making sure people have representation at all levels of their supervisory districts.

“That was something our Board of Supervisors took into account regarding the redistribution of the border lines because our board was responsible for drawing the lines this time,” Nichelson said.

In July they began to receive feedback from residents and the map that worked best for most was 5A1, which the board of supervisors voted for on Monday.

Orange County has 3.2 million residents of which 34% are of Latino origin. This is the second group after whites who occupy 38% of the population. Asians occupy 22%.

In recent years, the Latino presence has increased mainly in cities such as Santa Ana, Garden Grove and Anaheim.

In the new district 2, the total census population by ethnic group shows that 66.8% are of Latino origin. Data from the Citizen Voting Age Population (CVAP) show that this same district has 52.1% of the Latino population. This second number is what the board of supervisors used to draw the district lines.

The CVAP information is drawn from the American Community Survey, which is an ongoing survey by the United States Census Bureau that is sent to approximately 250,000 households each month.

The change does not necessarily have to be Latin

The change of districts is a significant step for the Latino community. There are currently three Republicans and two Democrats serving on the Orange County board of supervisors. Three of them are white and two are Asian.

Carlos Perea, a resident of District 2 and a pro-immigrant activist, said that lately the focus has been on the representation of Latinos on the board, but it is important to note that Latinos do not always represent the values ​​of their own community.

“For example in Santa Ana we have had a council that are pure Latinos in the last 20 years and we see what it is like to be under bad governance,” said Perea. “So representation is important, but it should not be confused with the actual representation of our community.”

He added that although in the future there may be a Latino vote, that does not mean that the measures that affect the working, immigrant and / or low-income community will be approved.

Marisol Ramírez, spokesperson for Orange County Communities Organized for Responsible Development (OCCORD), said they have taken it upon themselves to organize the populations of Anaheim and Santa Ana.

He added that for years Latinos have not had fair representation on the board of supervisors that advocate for the needs of residents in terms of lack of affordable housing, lack of access to health and mental health services among other concerns. .

“So we really want to be able to promote public policies that provide greater educational and economic opportunities for adults and youth,” said Ramírez.

He agreed with Perea that it is more important to have someone who advocates for the community regardless of ethnicity.

He gave as an example the city of Anaheim where residents have been disappointed not to have council members who actually vote for community issues.

“We see that in Anaheim, where we have a majority Latino council, and it is difficult to get a lot of policies passed,” Ramírez said.

Perea asserted that the work of Supervisor Katrina Foley, who currently represents District 2, has been neutral since she has not compromised with the immigrant community nor has she given her position so that the county and the Sheriff do not work with immigration agents. .

“So far we have not seen Supervisor Foley fight over those kinds of issues that impact the Latino community,” Perea said.