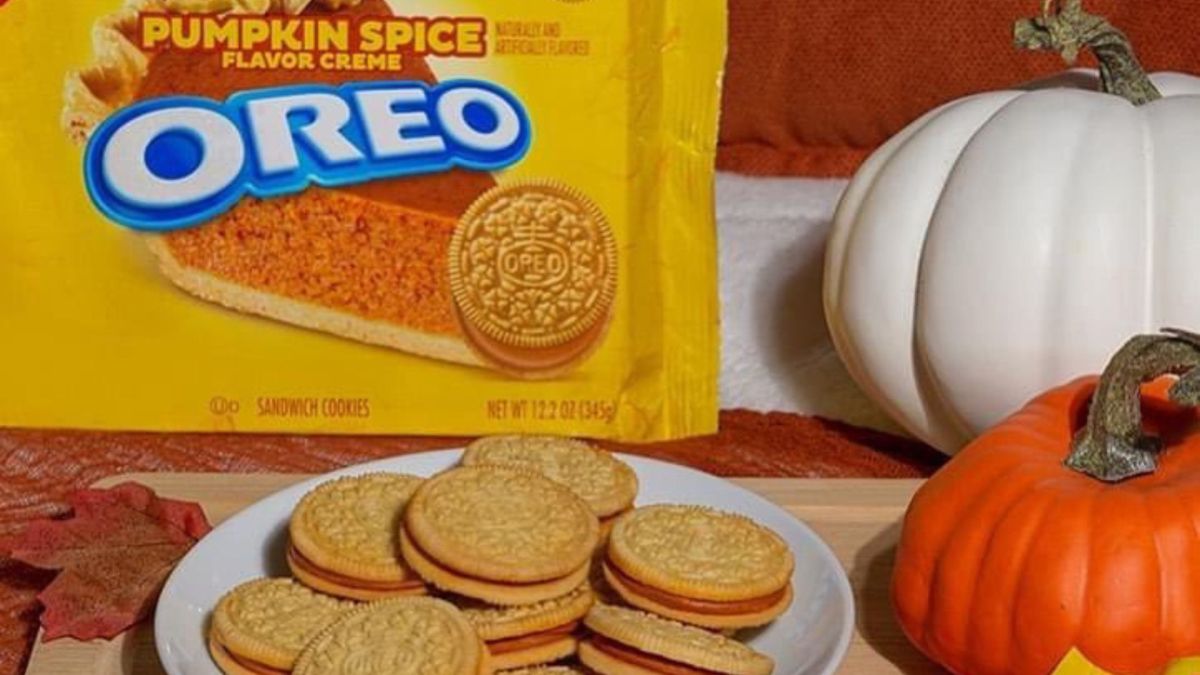 After a five-year hiatus, Oreo’s limited-edition Pumpkin Spice Sandwich cookies will return to stores in the United States on August 15. Marking the start of the season for special fall flavors.

This is two golden Oreo cookies with a “holiday pumpkin spice cream” in the middle.

“Oreo Pumpkin Spice Sandwich Cookies are the classic original cookies you’ve always known and loved. But with this unforgettable touch of pumpkin spice flavor to celebrate fall“, the brand shared on its website.

The brand also noted that they are “great snacks to share with friends, serve at campfires, fall themed parties or even as surprise Halloween treats“.

However, many social network users they joked surprised by the prematureness of the announcement and “rush the flavors of autumn” which starts until September 23.

“It’s not even September yet…” one Instagram user added, while another person joked, “Like all pumpkin spice, it’ll end up tasting like a candle I guess.”

Mondelez-owned Oreo regularly releases limited-time flavors to spark customer excitement, such as chocolate confetti cake for its anniversary and a taste of lady gaga.

Launching unique flavors is part of the company’s goal to increase the brand’s sales by $1 billion next year.

Pumpkin flavored items have become synonymous with autumn and companies release them towards the end of August to capture the excitement.

Starbucks has earned a reputation for annually offering pumpkin-flavored drinks and treats; however, this year’s release date has yet to be announced.

In 2020, the coffee chain reportedly hit record sales with its harvest-themed sips and products. However, he had some competition last year, when Dunkin’ and Panera also launched pumpkin-flavored food and beverages.

Dunkin’ launched his beer with pumpkin cream and signature pumpkin spice lattes in 2021, while Panera added a sweet and fiery cinnamon crisp latte to its menu to get ahead of the pumpkin craze.

You may also like:
– Cinnamon Toast Crunch cereal launches a spicy new flavor
– Oreo cookies meld with Ritz to create a limited-edition 50% sweet, 50% salty snack
– Scientists create a device that can separate Oreo cookies without breaking them