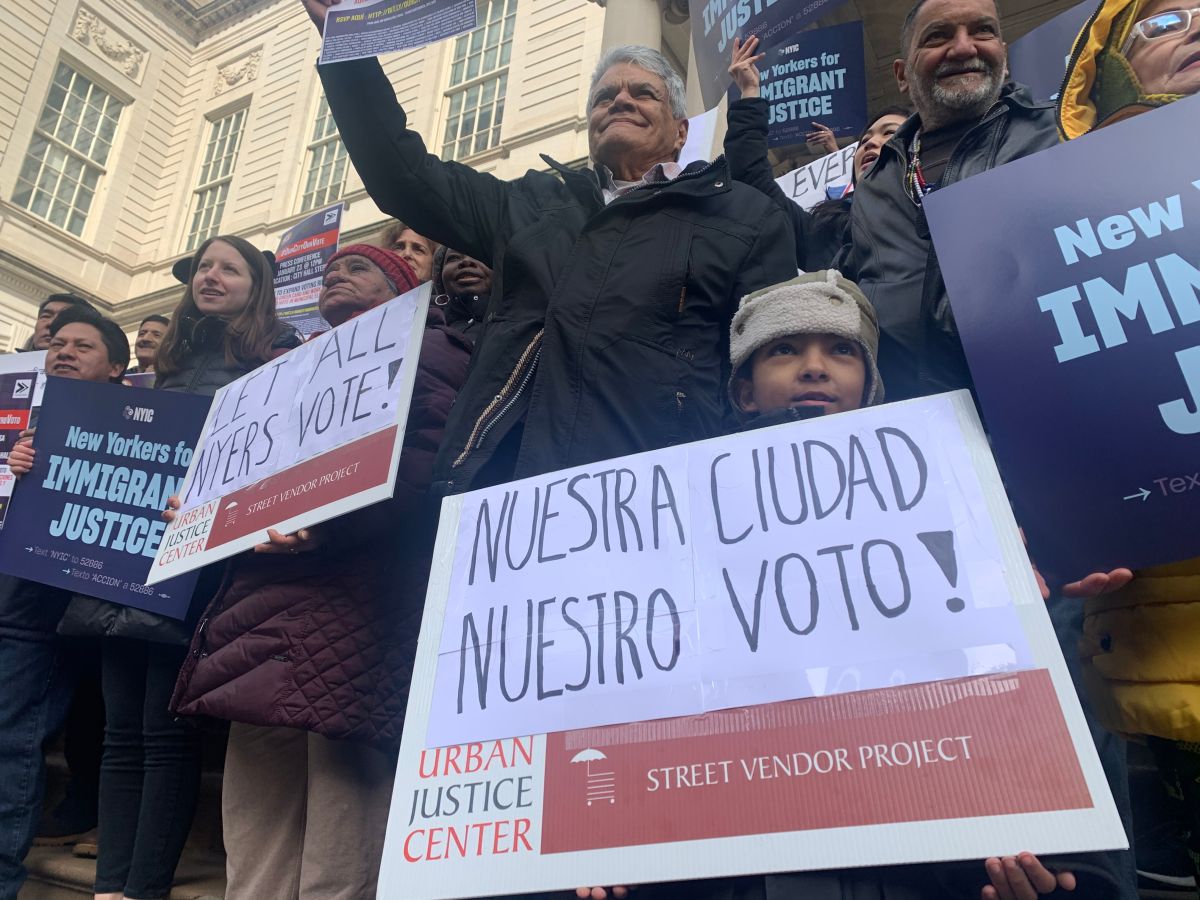 A law passed by the New York City Council last December that gave the green light for certain ‘non-citizens’ residing in the Big Apple, could vote in local elections, it was annulled this Monday by a judge in Staten Island. The decision generated an “earthquake” in the broad coalition ‘Our City, Our Vote’ that since 2014 had promoted this local legislation. But from now on, they are readying their batteries again, for a judicial counteroffensive.

“When the pandemic hit, no one asked me for citizenship when I volunteered to be a nurse. This court decision won’t stop us from fighting for our right to vote in local electoral processes”, reacted almost immediately the immigrant Hina Naveed, who would have been one of the 800,000 Big Apple residentsthat local law 11-2022, would have allowed him from the year 2023 to elect local authorities as Mayors, councilmen, county presidents, municipal comptroller and ombudsman.

In this regard, Judge Rorzio emphasized that city officials cannot “bypass” the restrictions in the state constitution, which “expressly states that US citizens only who meet the age and residency requirements have the right to register and vote in elections.”

To the letter, the judge noted that this local law violated both the constitution and broad provisions of state law.

Organizations will go to the Court of Appeals

In January, the Republican National Committee (RNC), the Republican Party of New York and other city councilors who voted against the legislation, filed a lawsuit to annul the law, whose first opinion this Monday was favorable. However, the case could continue in the Court of Appeals.

‘Today’s decision validates that non-citizen voting in New York is illegal, and is an embarrassment to those who thought they could skirt the law for political gain. I congratulate the Court for acknowledging reality and remembering that in New York the rule of law is important”, said the leader of the Republican minority in the City Council, Joseph Borelli, it’s a statement.

In contrast to the plaintiffs who claimed this legal victory, dozens of organizations that promoted this legislation, They already announce that they will continue the path of legal battles to crystallize the right to vote for certain immigrants in New York City elections.

“The decision to strike down Local Law 11-2022 by this Staten Island court is not surprising, because Republicans who oppose the law specifically filed their lawsuit in a court that they knew would be favorable to them. But we will move on,” he said. Murad Awawdeh, Director of the New York Immigration Coalition (NYCI)

Members of the Municipal Chamber also joined in this cry of rejection and initiation of legal actions, launched by spokesmen of at least twelve organizations who defend the rights of immigrants.

Such was the case with the Councilor Shahana Hanif, Director of the City Council Immigration Committeewho reasoned that “this decision is a setback racist and xenophobic, which goes against our vision of a free and open society. But it is not the end. We will continue to fight for all New Yorkers.”

The activist of the organization La Colmena, Emili Prado, considered that the system failed to “close the door” to the voice of immigrants who also help build New York City.

“But we will not give up. Although we cannot start this offensive alone. I’m calling my mates DACA recipients, TPS holders and anyone who is willing to support us to fight alongside us”, asserted the immigrant resident of Staten Island.

No effects for primaries this Tuesday

In a plenary session, of last December 9an overwhelming majority the city council approved the regulations that propose to expand the electoral participation of the Big Apple. Seven months later the law was “frozen”,

The rule was expected to take effect in January 2023, when the records were scheduled to begin. This ruling will have no effect on Tuesday’s primary elections in New York.

legislation ‘Our Vote, Our City’ put New York City at the forefront of a national debate over voting rights, as some states began expanding eligibility while others went the other direction, moving to explicitly prohibit non-citizens they can afford.