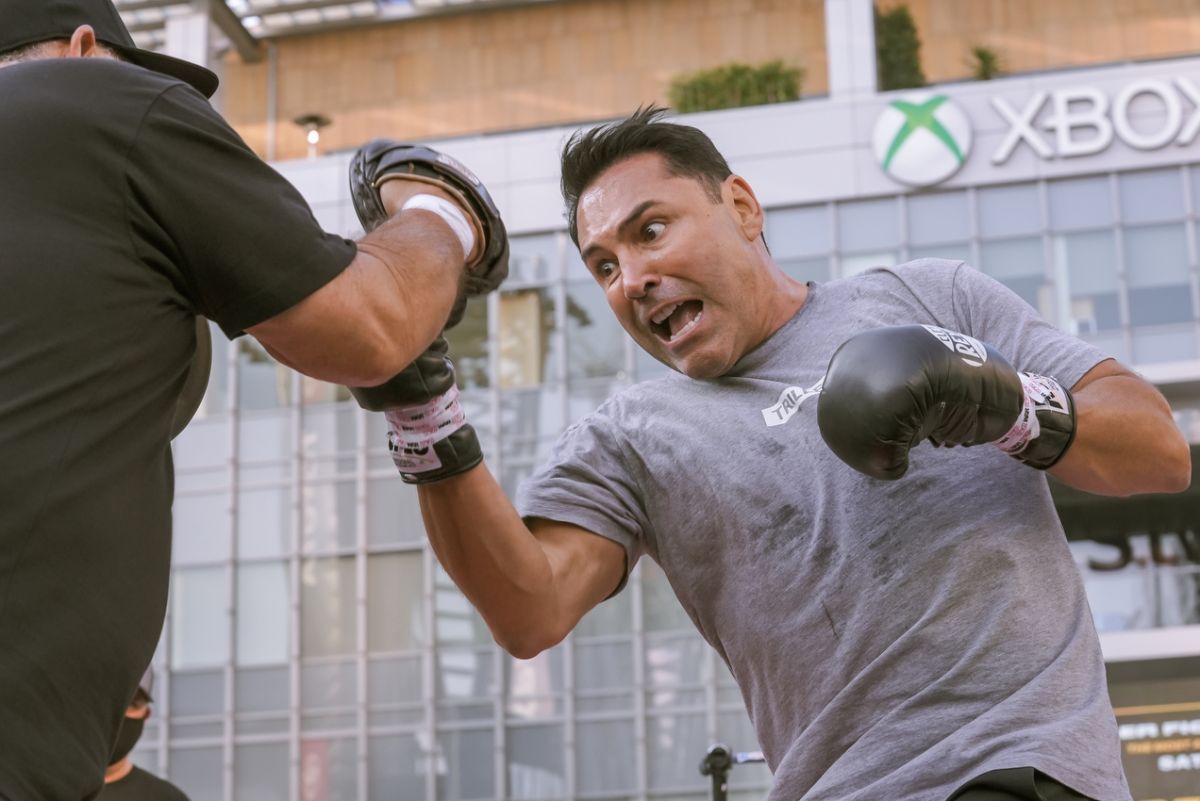 Oscar de la hoya, who is always in the news, made this week one of the most shocking and intimate revelations of his life by saying that he was raped when he was 13 old.

In an interview with the Los Angeles Times, the “Golden Boy” confessed to the sordid incident while explaining to the interviewer that his life has been much more difficult than it appears.

“A lot of shit, man, a lot of shit. Many doors that I never closed that have been open since I was a child, “said De La Hoya, who opened his coat when asked if he looks back in time wishing he had been able to get to the place where he is today as a person sooner.

That question triggered the confession of the man that this September 11 will return to the ring at 48 years of age.

Although he assured that he already managed to make peace with the death of his mother Cecilia, which occurred in 1990 and which was his inspiration for his gold medal at the 1992 Barcelona Olympic Games, Óscar explained that he went to a shaman and a mini-dose of mushrooms to get it.

“It was incredible, it was in my house, with a shaman, everything very controlled. I had to because I can’t be drinking and taking drugs… throwing my life awayHe said in the interesting chat with the Los Angeles Times.

Oscar De La Hoya chases a statement win over Vitor Belfort – and his own demons. “I was raped at 13, from a woman, an older woman.” https://t.co/I4wejvb0cw

“I had to do something and the fact that a shaman came into my life for that particular reason, to that place, is something that happened for a reason, and I feel like he saved me, but he only saved me with my mom, my relationship with her, I found peace with her, but now I have to deal with little Oscar, with all my shit … Raped at 13 by a woman, an older woman. It’s a lot of things, a lot of garbage, ”said the man from East Los Angeles.

De La Hoya later confirmed: “I lost my virginity at 13 basically being raped.” And he pointed out that it happened in Hawaii during a boxing tournament, and that the woman was over 35 years old.

Óscar had to store all that information during his life without knowing how to get it out, he explained.

“You suppress everything, and then you’re living this life: the ‘Golden Boy’, you know. But shit that’s still there; I never thought about it, you never process it … until one day everything comes out and you don’t know how to deal with it. The way to do it is with alcohol because you want to forget it, “he added.

Óscar de la Hoya is in the final stretch of his preparation to face Brazilian Vitor Belfort at the Staples Center.