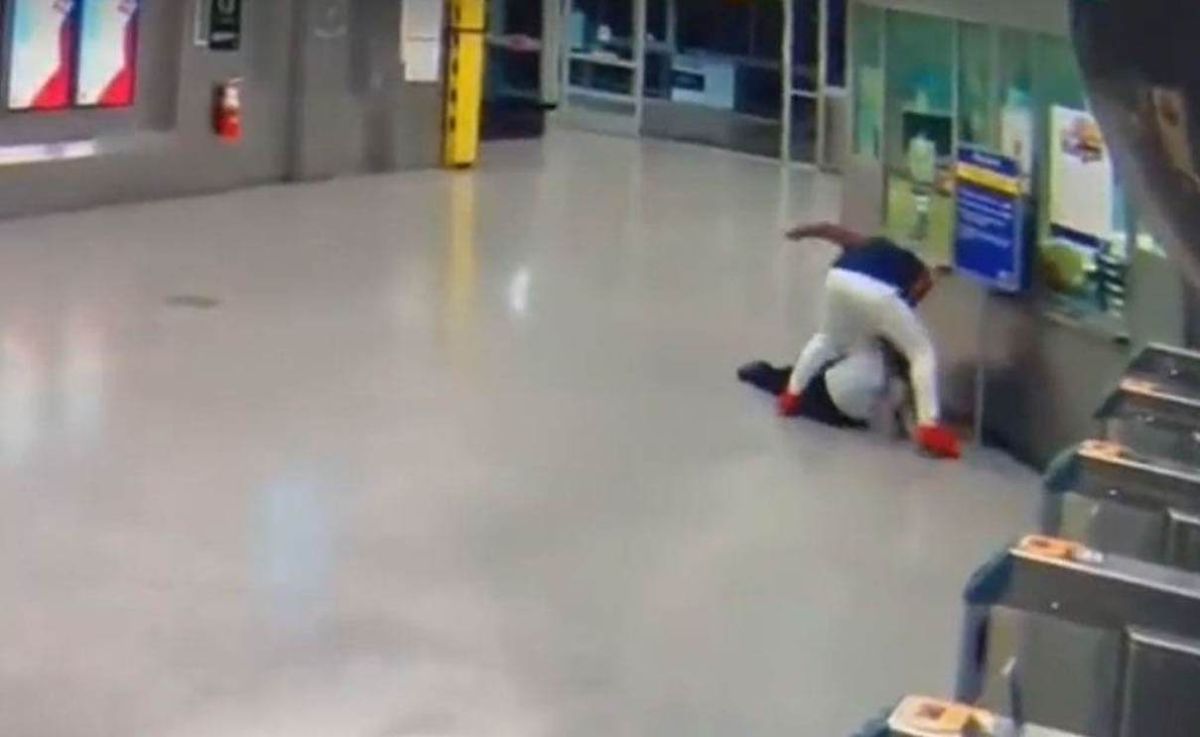 Elizabeth Gomes, the Latina passenger, brutally beaten on the New York Subway, could lose her right eye due to the beating she received by a suspect with a criminal and mental health record.

“He was chasing me or something” and ranting “about the devil, about… a lot of things that you don’t even want to hear at five in the morning,” Gomes recounted to the new york post while walking with her husband to the Queens courthouse for a grand jury hearing in the case.

“Our city needs a lot of help,” Gomes added after removing his sunglasses to show his injuries from the horrific attack caught on a security camera, which included the swollen eyes shut and a cut on the right.

“We’re going through a lot here,” the 33-year-old mother said. “The mayor said we would have a lot more police on the subway, and the police would be patrolling the subways because that’s where we have the worst crime. Especially in places like the Howard Beach station,” where the attack happened around 5:15 am on September 20, as she was on her way to work.

For the case, it was arrested as the suspect Waheed Foster, 41, was on probation. The homeless and mentally challenged alleged attacker has a long criminal history. As a teenager, he was accused of murdering his 82-year-old adoptive grandmother in a brutal beating in 1995.

In last week’s attack, Gomes was approached by a man who tried to start a conversation and followed her to the mezzanine. Since she did not respond and ignored advances, the assailant dragged her across the floor and slammed her against the wall, where he repeatedly punched her and kicked her in the face and body, according to NYPD and the released video.

A bystander tried to intervene but backed off as the assailant advanced on him and then continued to kick and punch Gomes several times before fleeing the scene.

According to police sources, Foster was arrested six years after killing his grandmother for stabbing his 21-year-old sister with a screwdriver. Then in 2010, he was arrested for attacking three workers at the “Creedmore Psychiatric Center,” where he was hospitalized. At the time of the attack last week, he had more than two years left on probation until November 2024.

Mayor Eric Adams, whose election campaign focused on public safety, has implemented several measures to make the subway safer, including deploying more police officers to stations and cars. But until now, insecurity continues to rise. In particular, last April was one of the most violent months in the history of the New York Subway since its foundation in 1904.