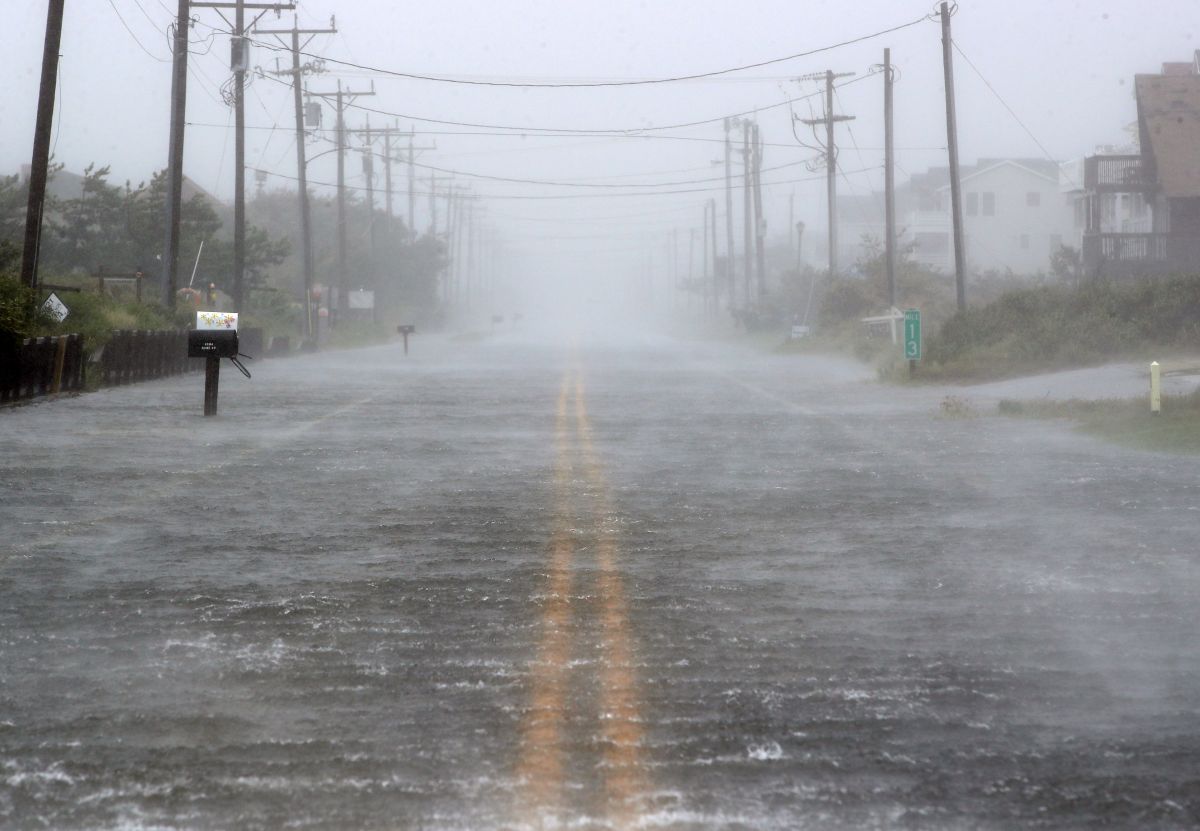 More than 30 people were missing Wednesday in North Carolina after Tropical Depression Fred unleashed heavy rains that caused flooding, according to CNN.

Allison Richmond of Haywood County Emergency Management confirmed that 35 people were missing after heavy flooding in western Haywood County, according to an update from county emergency services.

Dozens of people were rescued from flooded areas in North Carolina after Fred’s rains washed away bridges and flooded houses.

Several people were found safe and reunited with their families, but several others were added to the list of missing persons during the day when their loved ones reported them, authorities said.

⚠️ Traffic on US 276 is now restricted to LOCAL TRAFFIC ONLY. Haywood County sheriff office will be verifying resident identification at the intersection with NC 110. #Fred @ncwx pic.twitter.com/oT03GbrwxL

Rapid ground, air and water rescue teams were dispatched to areas hit hardest by the storm to begin the search and rescue process, but ended their day at 7 p.m. Wednesday, authorities said.

The Pigeon River in Haywood County peaked at 19.6 feet high Tuesday night, according to the county EMS director, Travis donaldson.

Donaldson said there are 54 refugees currently, with bridge and road closures throughout the county, which is west of Asheville.

Flash floods and tornadoes are possible as the storm glides through the northeast.

Fred’s remains will continue to bring heavy rain and related flood impacts across parts of New England through Thursday. Severe thunderstorms are likely to hit parts of downtown High Plains on Thursday, according to the National Weather Service (NWS).

The remnants of Fred will continue to bring heavy rain and related flooding impacts across portions of New England through Thursday. Severe thunderstorms are possible across portions of the central High Plains Thursday. https://t.co/VyWINDBEpn pic.twitter.com/zFTVAHM5TO

According to an update at 11 p.m. Wednesday from the Weather Prediction Center, Fred was over central Pennsylvania moving toward New York State, with maximum sustained winds of 25 mph.

As Fred turns northeast, torrential rains will continue to be a concern. More than 20 million people are under surveillance from floods that extend from Virginia to Vermont.

Fred generated heavy rain and several tornadoes from Georgia to the Carolinas on Tuesday.

Fred made landfall at Cape San Blas, Florida, on Monday afternoon with maximum sustained winds of 65 mph. It was downgraded to a tropical depression on Tuesday morning, when it lost strength over land.