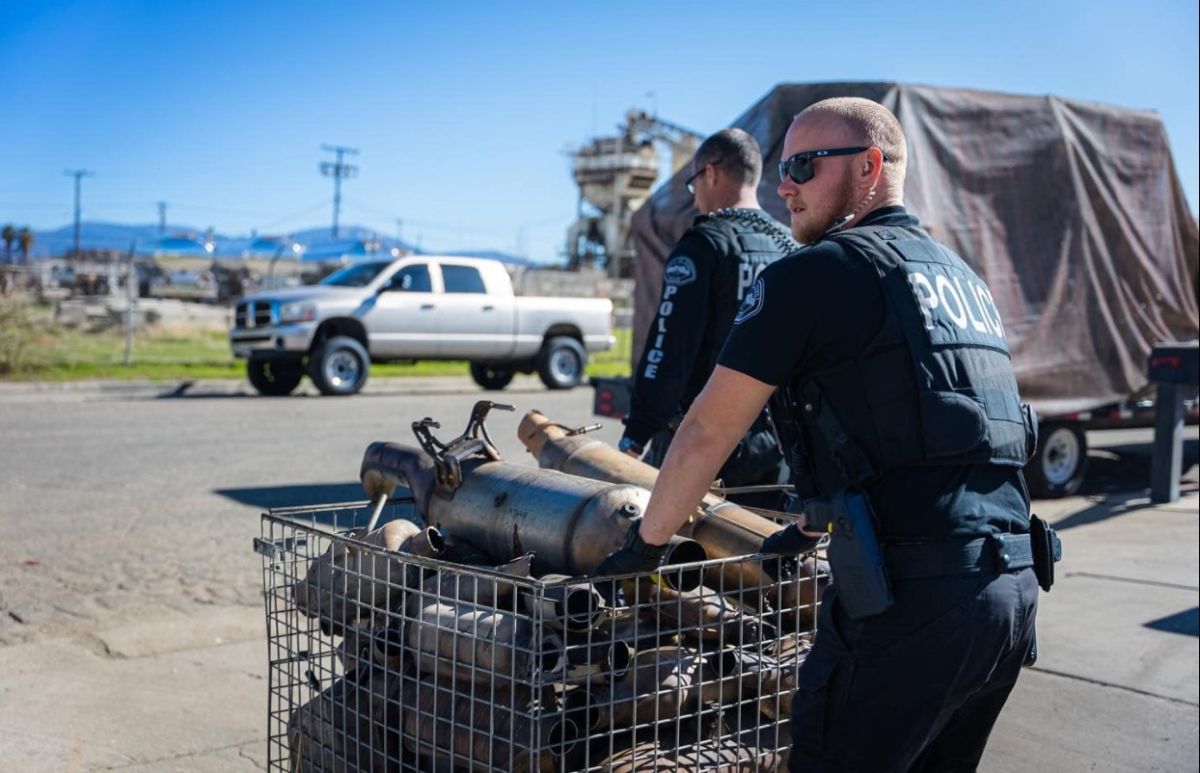 A total of 56 stolen catalytic converters were seized by authorities in an operation carried out in Riverside County, in southern California, which was completed this Thursday.

The so-called “Undercarriage” operation in the Hemet and San Jacinto valleys was months in the making with the collaboration of the City of Hemet Police Department, the Riverside County Sheriff’s Department and DMV investigators assigned to the dismantled vehicle area.

It was the widespread theft of catalytic converters from cars that prompted the investigation, which included surprise visits to businesses for inspections. The reason for the increase in theft of these pieces is due to the high value of their metals..

Citations and possible fines for the findings totaled $56,000, in addition to identifying four unlicensed vehicle dismantling companies and other irregularities.