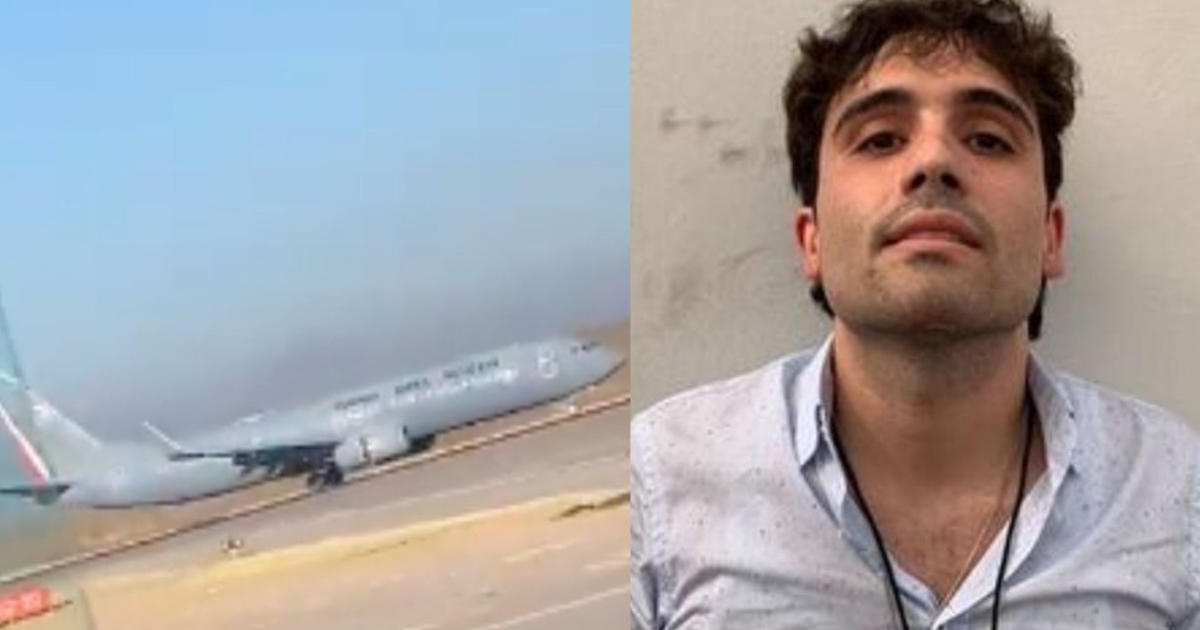 According to several sources, Ovidio Guzmán was recaptured by the Mexican Army, and it is reported that he has already been transferred out of Culiacán, Sinaloa.

Ovidio Guzman is said to be in Military Camp 1, in the limits of the municipalities of Miguel Hidalgo and Naucalpan, State of Mexico, according to different versions. However, there is no official information about where he was transferred to.

In social networks, videos are circulating of a Boeing plane taking off from Culiacán International Airport, property of the Mexican Secretariat of National Defense (Sedena), in which Ovidio Guzmán was transferred to Mexico City.

One of the focal points of attention is the Mexico City International Airport (CDMX), as it was expected that he would arrive and even be presented. However, the time of arrival is not known.

Likewise, another focus is the Culiacán International Airport, as it was expected that criminal groups would try to block that infrastructure to prevent the transfer.

Culiacán International Airport reported that it would be closed from 8:30 am to 10:00 pm this Thursday, January 5, 2023.

Another video shows shots fired into the air during the arrival of a Sedena plane with military reinforcements. Another shooting occurred on an airplane belonging to Aeromexico.

Classes and transport routes are suspended due to the recapture of Ovidio Guzmán.

During his morning conference on January 5, President Andrés Manuel López Obrador (AMLO) announced that details would be released at a press conference between 11:00 and 12:00 noon and confirmed an operation to capture the crime leader had indeed been implemented.

Early morning of drug blockades and fires in Culiacán

Concerns about the operation arose during the early hours of January 5 due to the narco-blockades and shootings that took place and left Culiacán in flames.

The governor of Sinaloa, Ruben Rocha Moya, said that the violent events are due to the operation implemented and recommended citizens remain calm and take shelter.

He also emphasized that the federal authorities will report on the operation, although at no time has Ovidio Guzman’s name been mentioned.

The comments are repeated regarding a second “Culiacanazo” since October 17, 2019, when Ovidio Guzmán was hit and released.

In that episode, as now, there were narco-blockades, groups of armed civilians in pickup trucks, attempts to escape from prisons, among other actions.