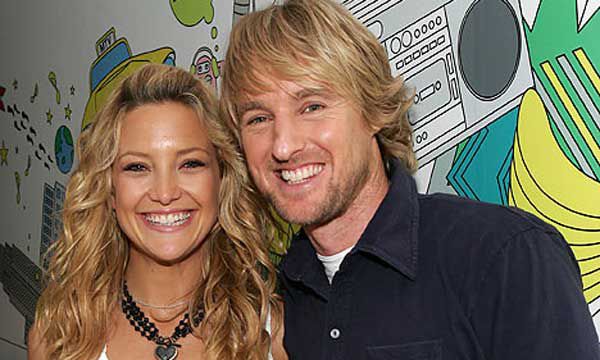 Surely Owen Wilson did not read Hopscotchfrom Julio Cortazar, but if he had, by the time he reached chapter 93 he would have been paralyzed by this reflection: “What many people call love consists in choosing a woman and marrying her. They choose her, I swear, I’ve seen them. As if you could choose in love, as if it weren’t lightning that breaks your bones and leaves you stuck in the middle of the patio”.

In 2006 the actor met and fell in love with kate hudson. The romance lasted a few months but it was intense, passionate, one of those that is lived like lightning that splits you. When the actress decided to break up, Owen entered a period of darkness that she still prefers to remain silent about. Perhaps because speaking means remembering and, above all, not forgetting.

Reviewing Wilson’s filmography, more than one doubts whether he is a talented actor or just a lucky guy. His characters are almost always happy, friendly, those beings that seem that every time life hits them they give him back dreams. In many of his productions, his role is that of “friend of…”: of ben stillerfrom Eddie Murphyfrom Vince Vaughnfrom Jackie Chan. Seeing him on screen, the viewer immediately wants to add him to his group.

At the end of the 90s and the beginning of the 21st century, his presence was common in the most successful comedies. If asked about her work, he minimized it: “I just say things and make them sound authentic.” Perhaps because in his performances he gave the impression that he did not try very hard, the critics wrote about him in a somewhat derogatory way, as compiled by the magazine Vanity Fair: “Wilson is not so much an actor as a comical person who acts”; “Unlike some of his classmates (Stiller, Vaughn, Anderson) he doesn’t exude ambition and perfectionism”; “His stardom fell like a comet on his head”; “He doesn’t act, he seems surprised to be in a movie”; “All his characters seem distillations of himself”, “He has the fool’s luck: hanging out with the right people”.

Owen starred in movies but not romances. If they asked him why he couldn’t find a partner, he recognized that he was a faithful and sensitive man only when he fell in love, to later tell that for that reason, in his university days he preferred to go out with strippers, which guaranteed him fun, pampered relationships and -something fundamental- without commitment, and much less an emotional hook.

In 1999, he was seen for the first time in a relationship that could be classified as a courtship. Went with Sheryl Crow. She came from a brief relationship with the musician Eric Clapton. With Wilson they met while filming The Minus Man, a thriller where the actor left his usual roles and the singer had a small participation. They dated for two years and when they broke up she dedicated “Safe and Sound” (“Safe and sound”) a song that on the one hand ensures that “I will not leave you until you are safe and sound”and on the other he says that “I feel that I could have loved you”.

In 2006 the actor was offered to participate in the comedy Three is a crowdthe co-stars were Matt Dillon and kate hudson. As soon as he stepped on the set, Owen was attracted to the actress. Hudson is one of those people who do not have perfect beauty or unabashed sensuality, but they are simply adorable, one of those who make you feel that life is a beautiful adventure every time they smile at you.

The 11-year difference was not a problem for the romance. Kate fell in love with her humor and we already know that if beauty is a victory, laughter makes you sign unconditional surrender. Wilson managed to make her laugh by telling her seriously that his phobia about giving interviews was because he was afraid of embarrassing his parents by saying something inappropriate, or when he assured her that, if he had to direct a movie, instead of doing a casting he would invite the actor to dinner. because “eating is the best way to know if the person is close to the character”.

Accustomed to moving in a world with enormous egos, Hudson could not help but fall in love with that man who assured: “I would be ashamed to write a film like Anaconda although, strangely, I was not embarrassed to star in it.” The crush was very strong. Kate who came from separating from her husband, the singer Chris Robinsonwas not afraid to embark on a new relationship with coexistence included.

Everything seemed to be going well, they shared bike rides or walks along an Australian beach where she had traveled to film. The panorama seemed idyllic and dreamlike, but no.

The actor’s strong addiction to cocaine and heroin – he had been to rehabilitation clinics twice – began to undermine the couple’s stability. After several breakups and reconciliations, Kate took her things and moved out of the house they shared in Malibu. But most of all, she walked out of her life.

Owen, who had recognized that he became very sensitive and vulnerable every time he fell in love, entered a dark and depressive tunnel, one of those where you don’t really know when they start but what is much worse: you don’t know when or how they end. . The comical and easy-laughing actor felt a deep and infinite sadness wash over him. He felt dying and wanted to die. The son of atheist parents was seen in a chapel in Santa Monica.

72 hours after that religious visit, on August 26, 2007, his brother Luke found him in the bathroom of their home, unconscious, with his wrists slashed, and surrounded by empty bottles of sleeping pills. Given the lack of certainty, and between so much information or misinformation, and speculation – such as the way in which the photos that appeared days before of Kate Hudson with her new partner would have affected him, dax shephard-, the actor’s phrases were dusted off that, in view of the events, were perhaps warnings. “I am a person of ups and downs. That’s something my girlfriends often complain about, I’m inconsistent.”. In the, 2005, in an interview with the magazine Playboyacknowledged that although she was an ordinary person who skated down to the beach with her dog every day to meet girls, she also had a “depressive tension of Irish descent”.

As the rumors spread, Owen recovered. He entered a rehabilitation clinic in Los Angeles and upon leaving it he was Andrew Wilson, his older brother, who took care of him, took him home and nursed him until he was emotionally recovered. Neither the actor nor his family spoke publicly about the episode. “I respectfully ask the media to allow me to receive medical care and heal in private during this difficult time,” he pleaded in a statement.

Little by little he returned to his routine. He never spoke about any aspect of his private life again, except about his work, a decision that he maintains to this day. He does allow photos to be taken of him in some activities: he loves sports, he usually plays ping pong, tennis, swimming, surfing and even dominoes, and he watches Chelsea games with fanaticism.

After Wilson, Hudson lived several romances. She had a brief relationship with the actor Shepherd Dax and another also very ephemeral and never fully confirmed with Heather Ledger whom he defined as “someone beautiful, sweet and gentle”. He dated the cyclist for several months Lance Armstrongwho had been boyfriend of Sheryl Crow, Wilson’s ex. They linked her to the golfer adam scott and had a confirmed and photographed relationship with the baseball player Alex Rodriguez.

In 2014 after four years and a son, he broke up with Matt Bellamygang leader muse, because of the “different perspectives” they had on life. Since 2016 she has been in a relationship with Danny Fujikawa. “The first time I saw Danny I was 23 years old and hugely pregnant with Ryder (his first son). Her stepsisters of hers are my best friends and that’s how we’ve been in the same circle for over a decade!” she wrote in December 2017 on her Instagram. Although he did not clarify it, another “inconvenience” was that, when they met, he was 16. Fifteen years later, the seven years difference ceased to be an obstacle to be a fact.

To avoid speculation or simply because he was happy with his loving present, he told how Danny went from the “friend” box to the “boyfriend”. “A year ago he took me for a ride and what I thought was just an outing with a family friend turned into an unexpected date. There were no movements on that first date. In fact, it took him months to take the first step. He kissed me a year later and it was so much sweeter.”

In 2018, they had RaniRosewhich was added to Ryder Robinson and Bingham Hawn Bellamythen 17 and 10 years old, children of their relationship with Chris Robinson and Matt Bellamyrespectively.

Today Wilson seems to have achieved a certain peace. Because if, as Cortázar says, you lived and survived love like lightning that broke your bones, also, as the writer says, you learned that in love, the important thing is “to walk without looking for each other, but knowing that we walk to find each other”.

Heartbreak, humiliation, abuse and drugs: the terrible and unhappy life of Judy Garland