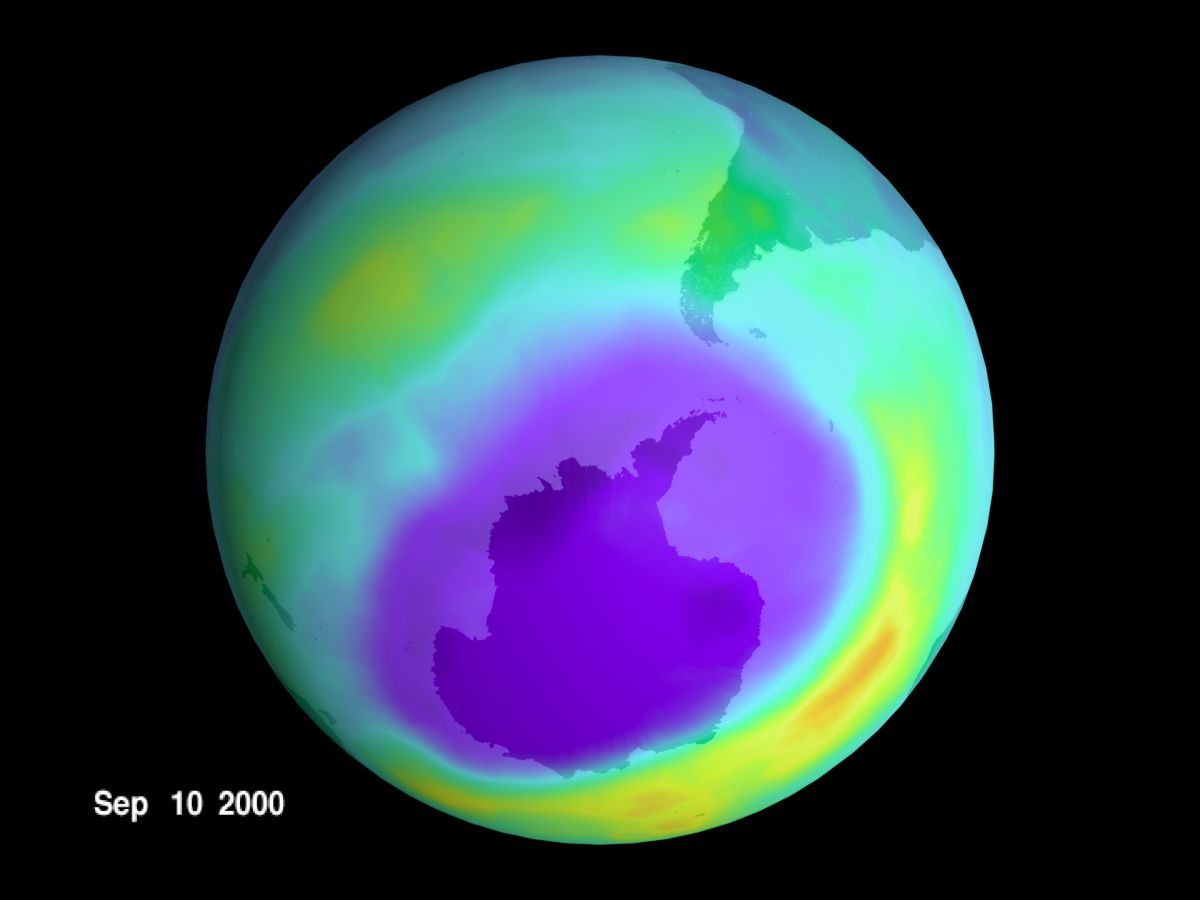 The ozone hole has grown this year due to a colder than normal winter in the southern hemisphere, according to NASA.

According to the space agency, the hole is actually a thinning of the ozone layer in the stratosphere over Antarctica that occurs every September.

Human beings produce chlorine and bromine atoms derived from compounds, which are released into the stratosphere when the Sun rises from Antarctica at the end of winter, causing reactions that end up destroying ozone.

The United States National Oceanic and Atmospheric Administration (NOAA) together with NASA assigned three satellites to monitor the hole, the Aura satellite, the Suomi NPP and the JPSS NOAA-20.

NASA observations found that cooler-than-average temperatures and strong winds in the stratosphere surrounding Antarctica contributed to the ozone hole will peak at 24.8 million km², almost the size of North America.

“This is a huge ozone hole because of the colder-than-average stratospheric conditions in 2021, and without the Montreal Protocol it would have been much larger,” said Paul Newman, chief scientist for Earth Sciences at the Center for NASA Goddard Space Flight.

Although this year’s Antarctic ozone hole is larger than average, it is still smaller than those observed in the late 1990s and early 2000s.

Scientists estimated that the ozone layer would fully recover by 2060, but it is being slower than expected and it seems that it will not be before 2070.

Also read:
Video: This is how the third manned commercial mission of NASA and SpaceX took off
The United States delays its return to the Moon by 2025
Asteroid the size of the Eiffel Tower approaches Earth