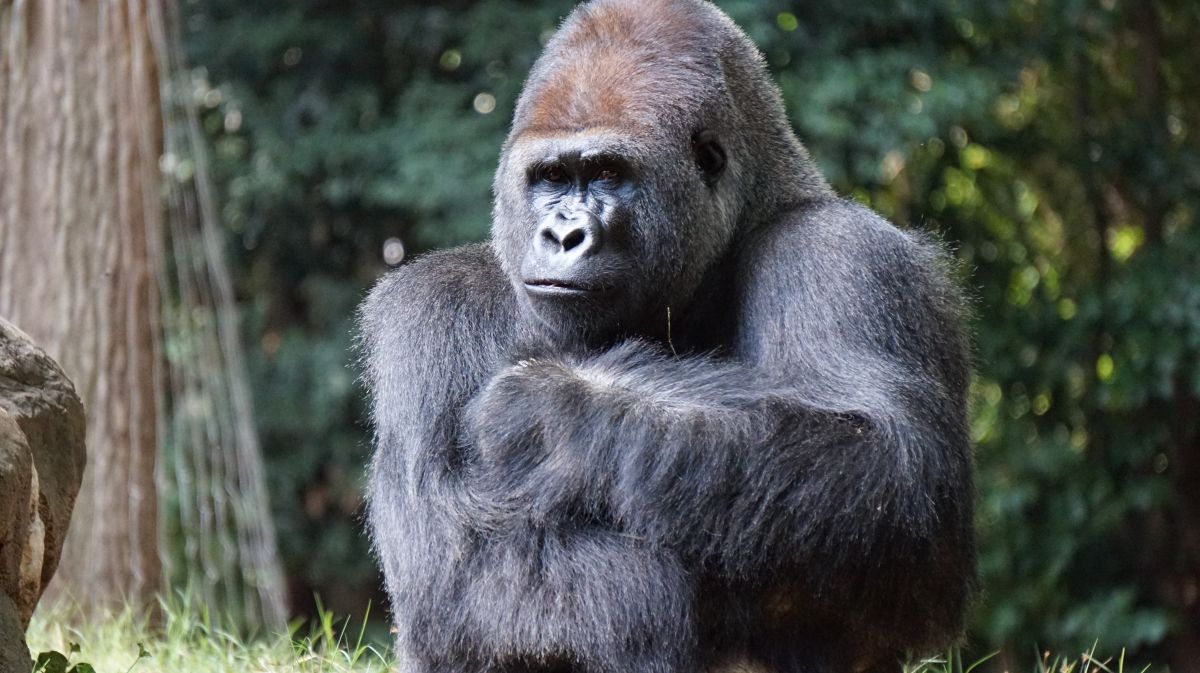 Zoo Atlanta has announced the death of Ozzie, the world’s oldest male gorilla.aged 61, who was found dead by his care team on January 25.

The cause of death of Ozzie, the third oldest gorilla in the world, after two females, is not yet known; He showed decreased appetite this past Thursday, January 20, and the veterinary and animal care teams provided supportive care to encourage him to eat and drink.

Over the past 24 hours, teams had been treating him when he developed symptoms including facial swelling, weakness and an inability to eat or drink, for which a necropsy, or the non-human equivalent of an autopsy, will be performed through the association. of the Zoo with the University of Georgia Zoo and the Exotic Animal Pathology Service in the College of Veterinary Medicine.

“This is a devastating loss for Zoo Atlanta. While we knew this moment would one day come, that inevitability does nothing to stop the deep sadness we feel at the loss of a legend,” said Raymond B. King, President and CEO.

“Ozzie’s life contributions are indelible, in the generations of individuals he leaves behind in the gorilla population and in the global body of knowledge about caring for his species. Our thoughts are with his care team who have lost a part of their lives and a part of their hearts,” he added.

Ozzie was a true living legend in the plot of the Atlanta Zoo story and, like his companion the late Willie B., he was an icon in his own time, a symbol of the zoo’s dramatic renaissance in the 1980s. He was the only surviving member of the original generation of gorillas to come to the zoo from Atlanta with the opening of The Ford African Rain Forest in 1988.

He made zoology history in 2009, when he became the world’s first gorilla to participate in a voluntary blood pressure reading. Surprisingly, he was geriatric even at the time of that achievement, at 48 years old. Gorillas are considered geriatric after the age of 40.

“Ozzie’s incredible longevity is a testament to the care, expertise and significant innovations of the Zoo’s gorilla care team, which has become famous for caring for geriatric gorillas,” the Zoo said.

Western lowland gorillas are critically endangered. According to the International Union for Conservation of Nature (IUCN), over a 25-year period, the combined threats of poaching, illegal hunting for the bushmeat trade, habitat loss and emerging diseases have reduced western lowland gorilla populations by 60 percent, with declines of up to 90 percent in parts of their range in West Africa.

Populations living within North American zoos are overseen by the Association of Zoos and Aquariums (AZA) Gorilla Species Survival Plan® (SSP), which seeks to maintain a self-sustaining, genetically diverse population of gorillas for future generations .

Twenty-four gorillas have been born at Zoo Atlanta. Research by Zoo Atlanta staff has influenced industry-wide improvements in zoo gorilla care, as well as a greater understanding of gorilla biology, with more than 100 published articles on maternal care , reproduction, social behavior and cognition.

Also read:
· Choomba, the fourth oldest gorilla in the world, was euthanized at Zoo Atlanta at the age of 59
13 gorillas were infected with COVID by an asymptomatic zoo Atlanta keeper
Gorilla born for the first time at Cleveland Metroparks Zoo