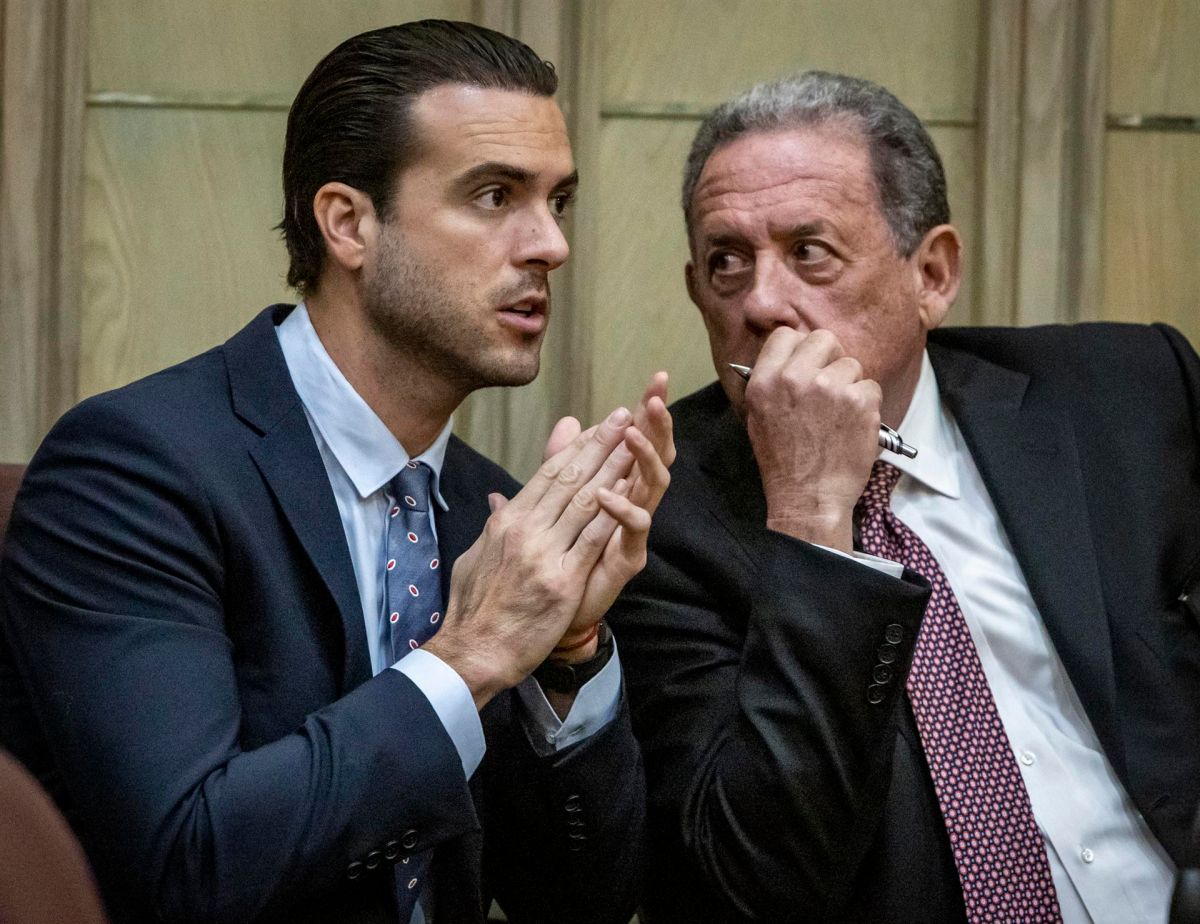 The lawyers of the Mexican actor paul lylethat is tried in Miami for the death of Cuban Juan Ricardo Hernández, 63, to whom he punched in a traffic argument in Miami in 2019, they alleged this Friday that the blow was his reaction to a “panic” situation.

Dressed in a blue suit, shirt and tie, Lyle attended his first oral hearing of the jury trial being held in a Miami court presided over by State Judge Marisa Tinkler Mendez.

The defense and the prosecution presented their arguments on this first day of the trial for involuntary manslaughter opened to the soap opera actor such as “Adorable curse”.

“You will decide if the blow was intentional or it was a reaction”Lyle’s attorney, Bruce Lehr, told the jury.

Lehr made a description of the events according to which Hernandezprisoner of a fit of rage, was the aggressor, since he approached the vehicle in which Lyle was traveling with his children, violently knocked on the driver’s window and angrily addressed the occupantsin the middle of the hysterical crying of the minors.

The evidence will show, added the lawyer, that Moments before Lyle approached Hernandez, Hernandez certainly raised his hands, but not to protect himself. as the Prosecutor’s Office alleges, but rather he did it with his fists raised, “and Mr. Lyle instinctively, without intention or thought, he hits him once.”

The event, which occurred on March 31, 2019the day Lyle was on his way to the airport with his family in a vehicle driven by his brother-in-law Lucas Delfino, was recorded by the security cameras of a nearby gas station.

Video footage shows that at a red light the Cuban got out to reproach Delfino for a maneuver he had carried out.

Delfino got out of the vehicle to argue with Hernández, moments in which his car, apparently without brakes, began to move, a situation that forced Lyle to go downstairs to try to stop him, and that caused him to “panic”, feeling that increased when he saw that the Cuban turned around and went to his vehicle, according to his lawyer in court.

Just as the pictures show, Lyle approached Hernández, hit him and the Cuban instantly collapsed on the floor. Four days later he died in a Miami hospital, shortly before marrying his fiancée.

The attorney for the State Attorney’s Office, Shawn Abhuhof, during his shift pointed out that Hernandez did not get in position to fight and “when he realized someone was running towards him, he turned around and put his hands up.”

He added that Lyle approaches the Cuban with the intention of “causing harm” and that he hits him in the face “because he blames Mr. Hernández for this situation.”

Prior to today’s hearing, the magistrate on Thursday dismissed a defense motion asking that the statements Lyle gave to the Miami Police when he was arrested at the Miami airport not be taken into account.

The Mexican has been free on bail and under electronic surveillance since shortly after the incident.

Keep reading: Pablo Lyle’s trial begins to determine the legal status of the Mexican actor
– Jury that will integrate the trial of Pablo Lyle receives a strong warning
– The case of Pablo Lyle is complicated and key evidence for the trial emerges