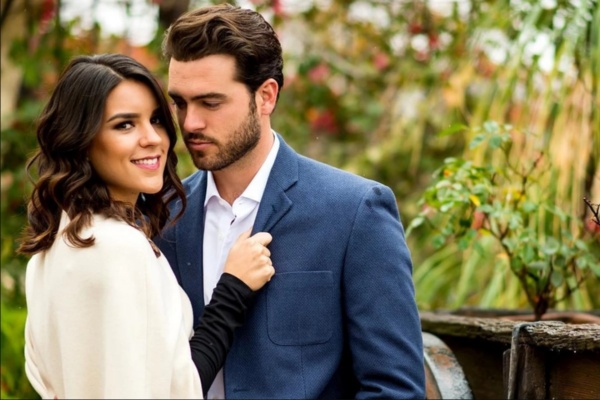 Three years have passed since the actor paul lyle He was accused of having accidentally killed Cuban Juan Hernández after arguing with him and punching him to the ground.

Now, a few days after the trial began, the eyes of the entertainment media are on the actor, since they have already begun to take the statements of the witnesses, so even his wife had to be summoned to testify.

as we told you in American Post NewsPablo Lyle’s defense made a whole strategy to prevent the actor from ending up in jail, but so far the trial continues with the testimony of several witnesses.

Today during the trial in which the Mexican actor is accused of involuntary manslaughter, several key witnesses in the case were summoned to testify, including the coroner who performed the autopsy on Juan Hernández, who stated that the victim had two hemorrhages in the skull, one from the front. and another behind

“When we examined him to do the autopsy we made an incision from side to side of his head to see what he had, we saw that he had a hemorrhage in the front and the back of his head,” the coroner said.

In addition, one of the police officers who interviewed several witnesses to the incident also testified, but without a doubt the most important testimony of the day was that of his own wife, who was present during the events.

In her statement, Ana Araujo, Lyle’s wife, indicated that she is still Lyle’s partner because they have been married for 9 years, and that day after her brother-in-law’s bad move, she experienced the moments of greatest anguish in her life.

“He was beeping at us very loudly all the way, until we stopped and I began to hear a man yelling, insulting and saying rude things.”

She assured that she did not see when Lyle hit Juan Hernández, this because she was turning her back on him, so everything happened very quickly, especially when her brother-in-law got out of the car and it began to move forward on the avenue.

“At that time I was in a panic because the children were very scared and made a lot of noise and I see the scared face of Pablo trying to stop the truck.”

It may interest you: Pablo Lyle could be declared not guilty for this important reason

Actor Pablo Lyle is charged with the involuntary manslaughter of Juan Ricardo Hernández, which is why he has been under house arrest for three years.

The events occurred on March 31, 2019 when Pablo Lyle, his son and his brother-in-law were in a car heading to the Miami airport and they crossed paths with the vehicle of Juan Ricardo Hernández, who got off at a red light to claim his form. of driving.

The altercation escalated and ended with the actor getting out of the vehicle and hitting Hernández, causing the man to collapse instantly.

Days later he died in hospital, which is why the actor was reported and is now on trial to determine if he was responsible.