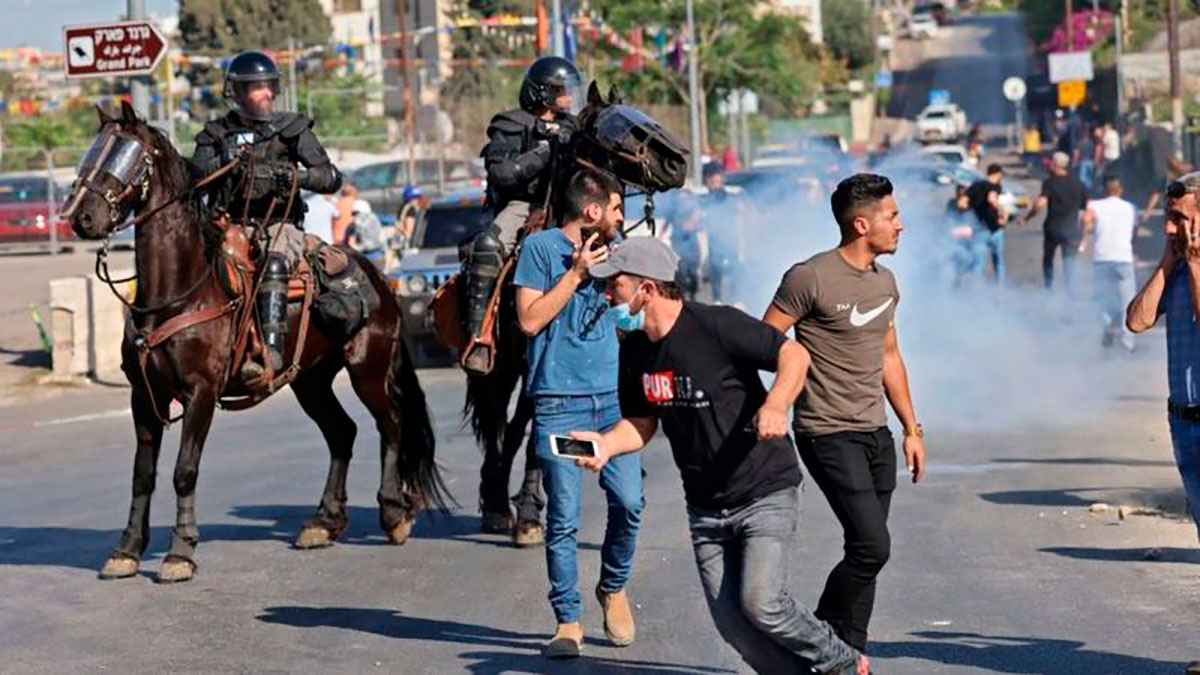 It was supposed to be the final resolution for a dispute that spans more than three decades, but it has not been.

Palestinians threatened with eviction in the disputed Shaykh Jarrah neighborhood in East Jerusalem they have rejected the proposal to rent their houses to a Jewish settlement organization.

The plan was proposed Monday by the Supreme Court of Justice of Israel in an attempt to end the long legal fight.

With the proposed initiative, the four Palestinian families could remain in their homes in Sheikh Jarrah if they recognized that the land on which they are raised belongs to an organization of Jewish settlers you acquired your property.

According to the court’s plan, the Palestinians, among dozens of families threatened with eviction, would remain as “Protected tenants” that they cannot be evicted in the foreseeable future as long as they pay rent to the Jewish organization that owns the land, a status quo that existed until the 1980s.

This dispute has been at the center of the Israeli-Palestinian conflict in recent months and was one of the triggers for the brief war between Israel and Hamas last May.

But the Palestinians say they want the recognition of their rights over the properties.

“They put a lot of pressure on us to reach an agreement with the Israeli settlers that we would be renting to the settler organizations,” said Muhammad el-Kurd, of one of the families involved.

“Of course this is rejected.”

The families ‘lawyer rejected the Israelis’ claims about the properties, but said he hoped a settlement could still be reached.

“The main objective of Palestinian families is to maintain and ensure their presence in their homes,” Sami Irshaid told the BBC.

“So if a resolution comes from the court, maybe not with a full declaration on Palestinian rights, it can be something satisfactory for Palestinian families.”

The situation of the Palestinians in Sheikh Jarrah has attracted international attention and has become an issue that mobilizes those who oppose the establishment of Jewish settlements.

The head of the UN Human Rights Office called on Israel not to carry out any evictions in Sheikh Jarrah, warning that such an action could constitute a war crime under international law.

Israel occupied East Jerusalem during the Six Day War in 1967 and, in fact, annexed it later. The Israeli government does not consider that area as occupied territory but as one more part of Jerusalem, a city that it designated as its capital, an act that is not recognized by most of the international community.

The Israeli authorities maintain that the Sheikh Jarrah issue is not a state affair, but a private property dispute subject to court decisions.

The Palestinians have maintained that they are the rightful owners of the property that they said had been guaranteed to them by Jordan when it settled the families there after it occupied the area in the 1948 Arab-Israeli war.

However, a Jerusalem court rejected the Palestinians’ arguments in 2020, upholding the eviction order that favored the settler organization that in 2003 had bought title to the land with a view to establishing settlements.

Palestinians view case as part of broader movement of Israeli settlers to seize Palestinian homes in East Jerusalem, which the former claim as the capital of an independent state yet to be created.

In 2003, the rights to the land where they live in Sheikh Jarrah were bought by a Jewish organization that plans to develop the area for Jewish settlements.