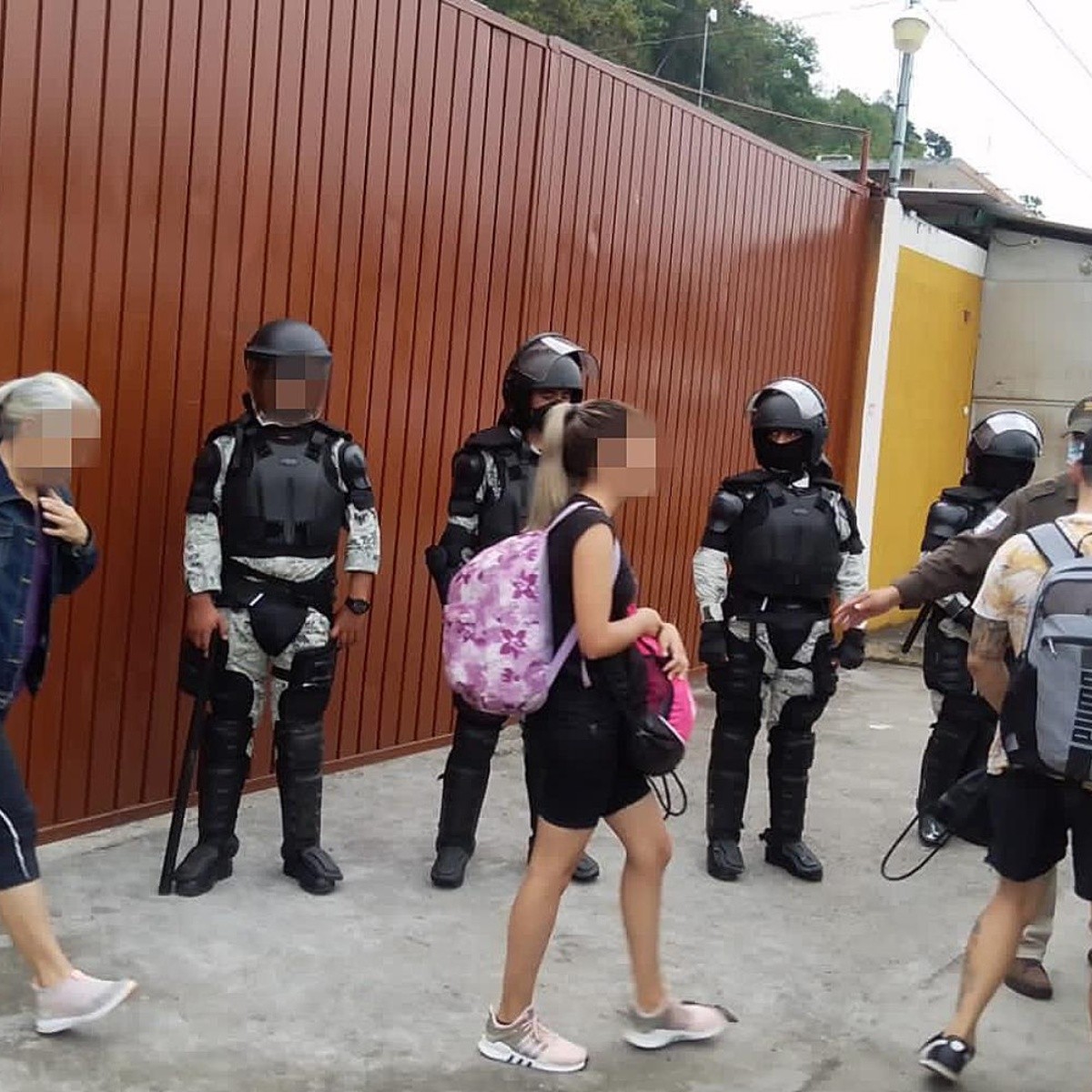 Panama City.- Representatives of the member countries of the Regional Conference on Migration (CRM) have been meeting since this Thursday in Panama, where they made a working tour of the Darién, the jungle-filled Panamanian border with Colombia, the protagonist in recent years of a crisis of migrants in transit to North America.

The Panamanian Foreign Ministry reported that the international delegation is made up of deputy foreign ministers, directors of migration and representatives of observer organizations.

During the work tour he received information about the care received by the thousands of migrants in mobility who arrive in the country after crossing the jungle, one of the most dangerous and hostile migration routes in the world.

The officials learned about “measures taken to address migratory movements with a humanitarian approach, especially for population groups in vulnerable conditions, such as children and adolescents,” the Foreign Ministry said in a statement.

The idea is that international officials know “closely part of the harsh migratory reality of those who irregularly cross the Darién border, risking their lives,” said Panamanian Deputy Foreign Minister Marta Elida Gordón.

“It is an awareness that will help us have more references to make appropriate decisions in the face of a phenomenon that impacts us all and we must face together,” added Gordón.

Tomorrow, Friday, the high-level delegates from Belize, Costa Rica, El Salvador, Guatemala, Honduras, Mexico, the Dominican Republic, the United States and Canada will hold a private meeting at the headquarters of the Foreign Ministry, in the Panamanian capital.

There “they will exchange good practices in dealing with migration irregular extra-regional law and the fight against migrant smuggling and human trafficking, under the principle of shared responsibility,” the official information said.

The Regional Conference on Migration (CRM), also known as the Puebla Process, was created in February 1996 on the occasion of the Tuxtla II Presidential Summit.

One of its objectives is to coordinate policies and promote cooperation on migration among its eleven member countries: Belize, Canada, Costa Rica, El Salvador, United States, Guatemala, Honduras, Mexico, Nicaragua, Panama and the Dominican Republic.

This meeting in Panama of the Regional Conference on Migration is attended, in addition to Vice Ministers of Foreign Affairs and Directors of Migration of the countries, representatives in the region of the International Organization for Migration (IOM), the Office of the United Nations High Commissioner United Nations for Refugees (UNHCR), and the United Nations Office on Drugs and Crime (UNODC).

Panama hosts the meeting a week after the Inter-American Court of Human Rights (CourtIDH) made a visit to Darién to monitor compliance with provisional measures imposed in 2020 in favor of migrants.

The Inter-American Court announced that it had seen “progress” in the measures to guarantee the rights of migrants in terms of health, food and protection, although its magnitude has yet to be measured.

“Panama, as a transit country – being the first to enter the RCM region – coordinated with special attention to human rights and security, at the inter-institutional level, the support of the United Nations System and other civil organizations, for the implementation of measures aimed at protecting the population in international human mobility,” the Foreign Ministry said on Thursday.

The Darién has been used for years by people from all over the world traveling to the United States, and at 2021 was crossed by more than 130,000 migrantsa historical figure recorded in the midst of a regional migration crisis.

In the last year, the Panamanian authorities have registered the death of dozens of migrants, many drowned in swollen rivers, as well as cases of robbery and rape.

Read more: Hooded subjects tried to burn down a school with children inside


“It was love at first sight”: Couple celebrate their golden wedding early after terrible diagnosis.