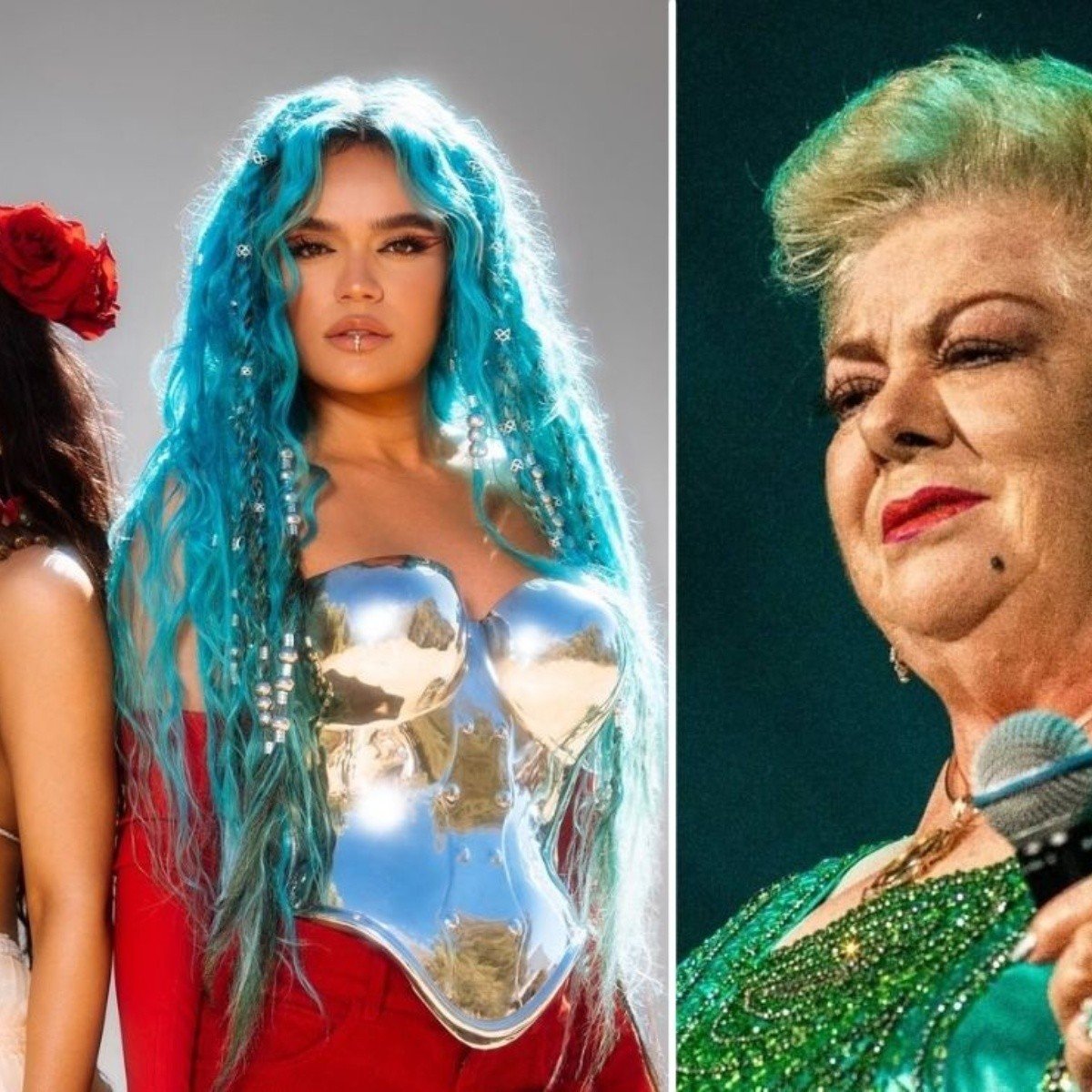 Recently, the successful Colombian singer Karol G premiered her new song, ‘Mamii’, alongside Becky G, and is sweeping digital platforms, adding millions of views so far. However, what most caught the attention about this particular song, was the tribute that ‘La Bichota’ did to Paquita la del Barrio.

The song was produced by the Colombian Ovy on the Drums, in addition to being composed by Karol G and Becky G themselves with the help of Elena Rose and the Medellín producer, and is dedicated to toxic ex-partners.

“I see you on the networks, I can’t believe it, what a pity for you. I was good, your gonorrhea hitting me like that. Two-legged rat, Paquita said it, a creeping animal that eats everything that crosses, devil, you are a piece of leather”, sings Karol G in a part of her recent single, where she mentions ‘La Guerrillera del Bolero’ and one of her most recognized songs.

As expected, the famous Mexican singer did not take long to react to the homeage that the artists paid to her and through her personal account on the social network, she shared a video that surprised millions of people, where you can see with the interpreter of ‘No te deseo el mal’.

In this recording, Anuel AA‘s ex-partner appeared in the dressing room of ‘La Reina del Pueblo’ to talk with her and hug her, as it is well known that Karol G is a big fan of Paquita la del Barrio for quite some time.

Obviously, the interpreter of ‘Rata de dos pies’ did not miss the opportunity to thank the exponents of urban music and wrote in the description of her publication: “Thank you for paying me this tribute and what is better than singing to those useless toxic 2-legged rats!!!”.

Until now, the video has caused a stir on social networks, since it is about to exceed 4 million views thanks to Internet users, who also sent all kinds of comments.

“How beautiful, Paquita! You deserve that and more, that they pay you tribute right now that you can see it”, “You are a queen, you deserve that and a thousand more tributes”, “Simply that, to the scoundrels with songs”, “The song is a bombshell”, were just some of the messages that can be read in the publication.