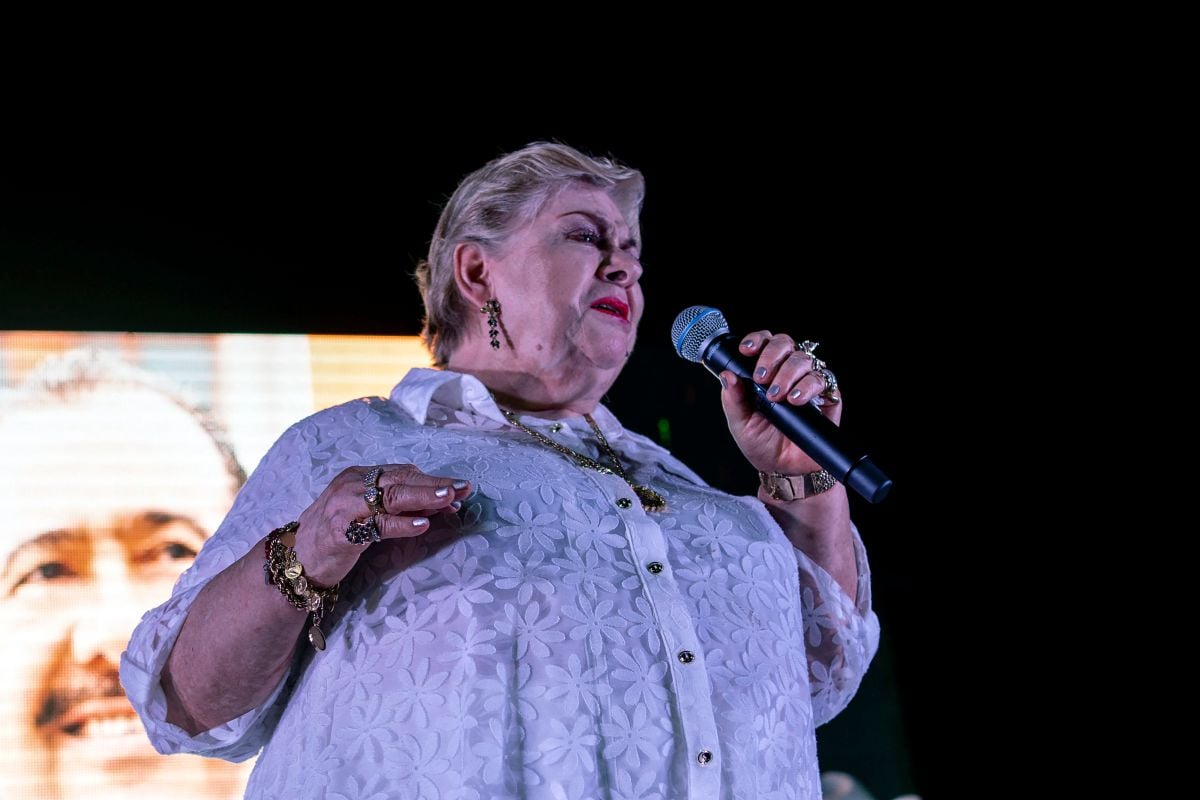 At 75 years old, Paquita la del Barrio has confessed that she wants to lose weight to be in good healthbecause the medications she has taken in recent months have made her gain a few pounds.

“I got fat, I think because of so much medicine they gave me, because I had already lost quite a bit, but I am going to try to lose a few kilos”, expressed in an interview for the program “Hoy”. “Not forced, hey! I don’t like that nobody forced me”.

He also spoke about a pulmonary thrombosis that he suffered in October 2021, when he had to be hospitalized for more than a week: “I had a thrombosis because I was on a flight to the United States and the plane was freezing, out of pity I didn’t tell the stewardesses to take it down to the cold and that’s how I put up with it.”

The singer is already better, although recently she cried explaining why she was in a wheelchair. This is because he suffers from pain in the sciatic nerve, as he announced on January 26, 2022, which has led her to have to give her concerts sitting down and move in this way.

“What’s left for me, I better sit there in the chair and if they ask me for whatever songs they are, but once you’re sitting you don’t feel so much pain”expressed in an interview for “El Gordo y La Flaca”.

We hope that this decision to lose weight will help Paquita la del Barrio feel better about her health and continue to delight her fans with her music on stage.