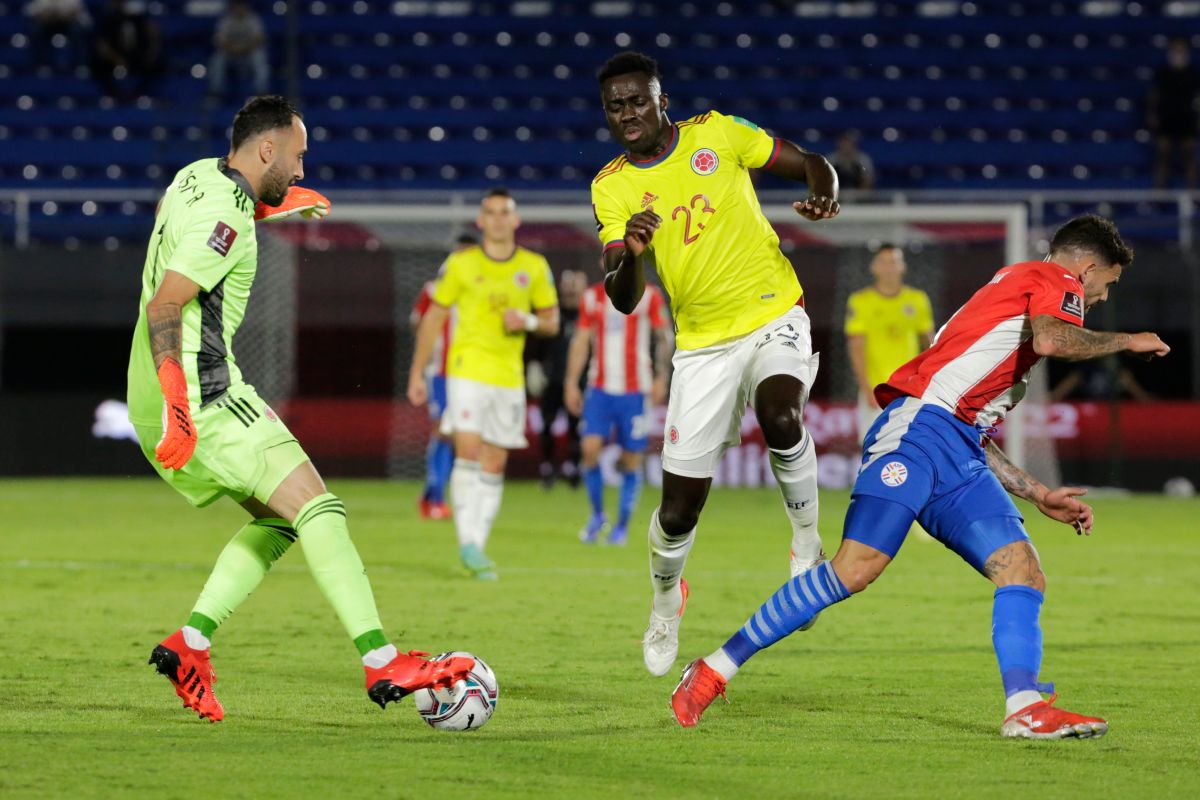 Paraguay and Colombia drew 1-1 this Sunday in Asunción in a match in which the locals went ahead with a target of Antonio Sanabria, but they were equaled with a penalty converted by Juan Cuadrado, figure of the visitors, who had possession and wasted clear scoring chances.

The tie does not serve for the takeoff of Paraguay in the table, which is still sixth, with 8 points, while Colombia adds ten. Although Colombia fell apart in the final minutes, it led the offense from the first half, despite the fact that it ended with the Albirroja advantage.

The coffee growers were superior in that period, maintained possession, swept in the center of the field and created goal plays covered by goalkeeper Antony Silva. The midfielder Cuadrado was the catalyst for the Colombians in that phase, having the clearest opportunity in 27, with a very strong shot from outside the area that Silva cleared.

Paraguay was outmatched on all fronts, depending on the attack on an Angel Romero who was the one who tipped the balance with a genius: a tunnel to defender Dávinson Sánchez and a pass to a Sanabria who did not forgive and beat David Ospina.

GOOOL from Paraguay! 🇵🇾 After a great play by Ángel Romero, Antonio Sanabria scored the first of the match.

Colombia came out in the second to seek the tie, which came after seven minutes of play after Square transform a penalty warned by the VAR, after a hand from Santiago Arzamendia.

GOOOOL of Colombia! 🇨🇴 From a penalty, Juan Guillermo Cuadrado scores the tie.

Shortly after, coach Reinaldo Rueda opted to change his attacking pair, which barely shone as such, replacing Rafael Borré with Roger Martínez and Borja with Falcao García.

From then on, the game was open, with occasions on both sides, although the coffee growers lost the momentum they showed during the rest of the match and were overwhelmed by the locals, who nevertheless sinned inaccurately.