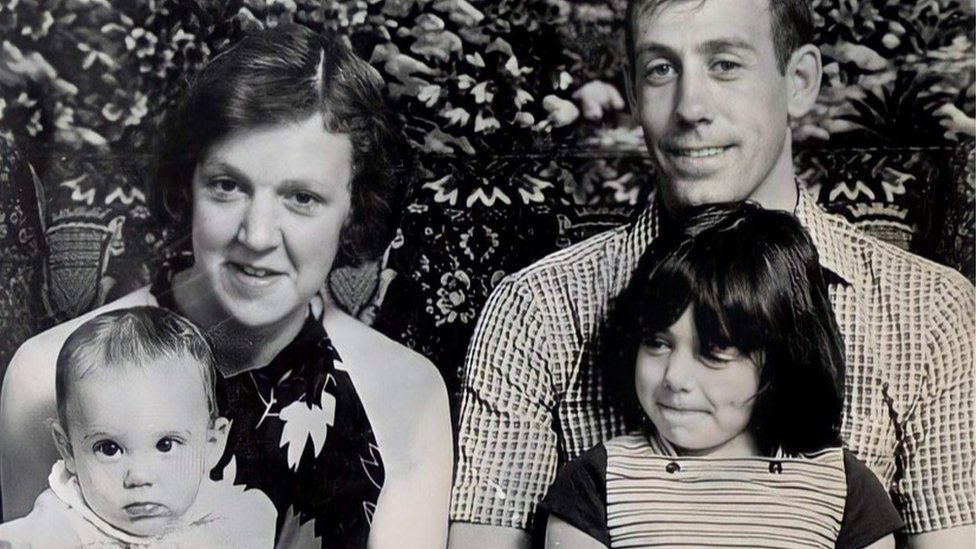 Katrice Lee was with her mother and aunt in a supermarket shortly before the party started for celebrate your second birthday. The girl disappeared and has never been seen again. 40 years later, his family is still searching for answers.

On November 28, 1981, the Lee family’s apartment was filled with love and laughter as they prepared to celebrate their youngest daughter’s birthday.

Situated near a British military base in Paderborn, in what was then West Germany, it had been the family home since the father, Richard, assumed a post as an army sergeant two years earlier.

But the happiness of breakfast time, when they sang Happy Birthday to Katrice between hugs, would soon be replaced by terror and the horror: in a few hours the girl would disappear without a trace.

Realizing that she had forgotten to buy potato chips for the party, Mom, Sharon, left Katrice with her Aunt Wendy at checkouts in the British Navy, Army and Air Force Institutes (Naafi, for its acronym in English).

In just an instant the girl disappeared, when they apparently lost sight of her as she tried to follow her mother.

As the minutes passed, Richard Lee, who was waiting by his car as the drizzle fell on that cold and cloudy Saturday, grew increasingly restless.

“I was on my feet for what seemed like a lifetime. It was probably about 30 minutes. Even though the supermarket was full of people, I knew that Sharon would not take that long because she had a list that she diligently followed to buy everything she needed, ”says Richard.

“I had a feeling that something was not right. So I thought it would be better to check if they needed help to carry things or if something strange had happened, “he says.

With no trace of the trio in the food and beverage area of ​​the store, he wondered if they had gone to buy an extra gift in another section of the complex.

Then, through the open door of the manager’s office, he saw his distraught wife and sister.

“I asked him what was going on. Wendy immediately said, ‘Katrice disappeared.’

“My military training kicked in immediately. I called all the soldiers in my unit that I could see in the supermarket. There were at least half a dozen, if not more. “

“We did a ground search around the area, but to no avail.”

“If you lose sight of your son, your heart stops. I never felt anything like it. That was the beginning of our nightmare ”.

“That day our world changed. And that it happened on his birthday and not any other does nothing but add insult to injury ”.

“Katrice was your typical 2-year-old, as curmudgeonly as any little boy, and we were as normal a family as possible being in the military and living abroad,” says Richard Lee.

The area around the Naafi compound at Schloss Neuhaus was a “pandemonium” that day, with soldiers, their families and civilians attending an open house at the university, Lee explains.

Katrice’s sister Natasha, who was 7 years old at the time, recalls struggling to understand what was going on when her father suddenly came home in the hope that the girl had somehow managed to return.

Hours later, when he saw his mother in distress, he realized the magnitude of the tragedy.

“I could hear her scream, it was creepy. I can still hear those screams. It’s something I’ll never forget, ”Natasha recalls.

In the critical hours and days that followed Katrice’s disappearance, investigators from the British Royal Military Police (RMP) carried out a failed investigation.

As the girl was assumed to have drowned in a nearby river, border guards were not alerted to her disappearance.

No statements were taken from the store workers until several weeks later, and hospitals were not informed about an eye condition Katrice had that could have allowed health workers to identify her.

Convinced that the drowning theory was implausible given the distance the river was, which he describes as “shallow,” and the fact that there was no sign of a body on the way to it, Lee remains a firm believer in the following: “Someone picked up Katrice (at the grocery store) and went out with her.”

“He is living a lie with a family that has hidden his true identity from him.”

The authorities’ investigation, he says with clear frustration, “was silenced in 18 months.”

The Lees split in 1989 and left Paderborn. The following year they divorced.

Lee, now a sergeant major, was discharged from the army in 1999 after 34 years of service.

However, the desperate family struggle continued.

In 2012, the RMP apologized for the flaws in the initial investigation.

The government agreed to review the case in 2017, that same year a photo appeared of a man seen putting a child in a car, emerging shortly after Katrice’s disappearance.

The following year, attention turned to the bank of the Alme River, near where Katrice disappeared, where more than 100 soldiers carried out a 5-week excavation.

Watching the excavators churn the dirt, Lee, shocked, confronted the possibility that she was dead.

For her oldest daughter, that period brought a “devastating” mix of emotions that she found difficult to process.

“It was supposed to be the best year of my life because I was getting married,” he says.

“I wanted to enjoy the preparations, but sometimes I felt embarrassed because it bothered me that Katrice was not there; 2018 was supposed to be my year, but instead they were looking for a body. “

“I have to live with the moment when I thought that. If my parents had gotten answers, regardless of how terrible they were, it would have been better. “

The $ 130,000 operation no clues to Katrice’s whereabouts were discovered and further investigation of the site was ruled out.

6 months later, Natasha married Mike Walker, and as a moving tribute, she wore a precious memory on her dress: a button from her long-lost sister’s red cardigan.

“That’s all I had (from Katrice). She should have been walking behind me as a bridesmaid, but she wasn’t. It was a button on my wedding dress ”, she says.

A potential breakthrough in September 2019 resulted in nothing when a former military man was arrested and released without charge after a house and garden was searched in Swindon, England.

The family suffered another disappointment in December last year, when the RMP announced that they were limiting the investigation as they had not been able to identify new lines.

Her agony has been compounded by what Natasha describes as “relentless” harassment by pranksters who claim to be her long-lost sister.

In an effort to keep the case in public view, Hartlepool MP Jill Mortimer raised the matter in Parliament earlier this month and obtained an agreement from Prime Minister Boris Johnson to meet Lee “father to father”.

The Defense Ministry, meanwhile, said its “thoughts and condolences” remain with Katrice Lee’s family and that “if any new information is reported” it will be investigated.

However, on the anniversary of Katrice’s disappearance, the family’s grief runs as deep as ever.

“40 years later, I’m still trying to get over what happened,” admits Natasha. “I don’t think I’ll make it until we know what happened.”

“It has left me emotional scars. I am trying to deal with it slowly and face each day step by step. I can only imagine how my parents feel. “

“My mom carried her inside for months and gave birth to her. For my dad, it must be devastating. “

“I can remember lying in bed shortly after it happened and my dad sitting next to me. He was crying and stroking my head, telling me that everything was going to be okay. “

“I didn’t realize until years later that he would lock himself in the bathroom and cry. He wouldn’t have done it in front of me or my mom. I was devastated. “

Despite the passing of the years, Natasha clings to the hope that at some point there will be good news.

“Every day we wake up thinking that this might be the day we have answers. I can only hope you are alive and well and have lived the best life possible“.

“I do not want my sister in a forest somewhere, buried, and no one can say goodbye to her or have a grave to go to.”

10 days ago Richard Lee, now 72, returned to Germany once again, where he “relived the nightmare” in an effort to keep the issue current in the UK and abroad.

Although the Naafi supermarket is long gone, much of the surrounding area remains eerily familiar.

His battle, he says with determination, will continue.

“I’m often asked, ‘Does it get easier (over time)?’ No. People also tell me: ‘Give it up, he’s gone, accept it.’ They must not be parents or they would not make those comments. “

“I find it frustrating that other high-profile cases have had so much publicity and funding. No child is more important than another ”.

“I don’t want to take her out of his life, but maybe I’m a grandfather and I don’t know.”

“If I don’t speak up, how will people know that Katrice is still missing? How will he find his real parents? ”Asks Lee.