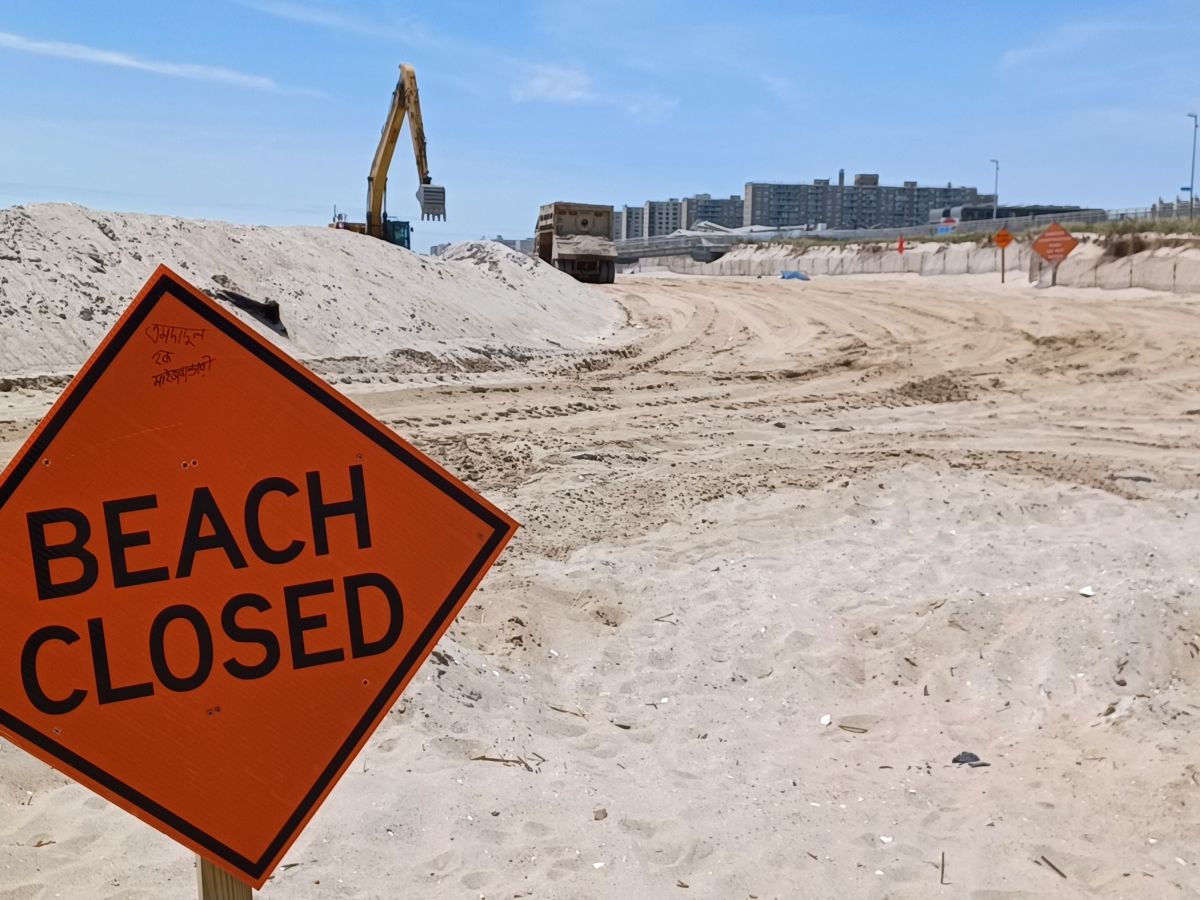 Everything seemed to indicate that the hot season 2022, which is officially starting this ‘Memorial Day’ weekend, after two years of pandemic limitations, would be entirely normal in the 14 miles that make up the eight public beaches of the Big Apple. But it’s not like that!

Specifically in Rockaway Beach, one of the busiest in Queensresidents and merchants receive like a “bucket of cold water”, which several segments will be closed at least until July 15. That is, for five full weeks of heat.

In other areas of this popular New York waterfront, bathers will not be allowed access Sea.

The measure is due to the construction of a new boardwalk, in an effort to safeguard that coastal area from future storms, which includes the 92nd and 95th streets. And also 109th and 111th streets.

In a joint statement released this week, the City Parks Department and the US Army Corps of Engineers (USACE) ratified the closure to “reinforce protections on that coast” that precisely suffered the ravages of the tropical cyclone Sandy in 2012.

“The operational plan of summer 2022allows us to keep most of the beach open, safely, with only six gated blocks for sand and swimming accessas construction progresses.

The changes and closures of access to parts of this beach are specifically due to the $336 million Atlantic Coast Resilience Projectstarted in 2020 and scheduled until 2026.

The work currently mobilizing large machinery and rock material responds to the need to address severe erosion and flooding from coastal storms, which have been exacerbated by climate change, in one of the most popular beaches in New York City.

The project consists of 14 new stone groyne structuresthe rehabilitation of five existing ones, the construction of a reinforced dune system, and the restoration of sand on the Atlantic Ocean side of the Rockaway Peninsula.

Stone groynes are rocky structures that extend into the ocean that will trap sand and reduce beach erosion.

According to the construction schedule, confirmed by USACE, starting this weekend of Memorial Day, only 62 blocks of Rockaway Beach will be open for swimming the seven days of the week. A total of 76 will be fully available by Friday, July 15.

“We appreciate the partnership of the Rockaway community as we work to protect Rockaways from future storms and long-term erosion. said Kizzy Charles-Guzman, executive director of the Mayor’s Office of Climate and Environmental Justice.

“This kills our businesses”

Although visitors will have fewer recreational spaces, it is estimated that those who will pay the “highest bill” for this restriction will be the sector of small seasonal merchants, who focus their income on their cash registers, only for the four hot months of each year. And they have been dragging other types of eventualities for years.

In this sense, John Cory who leads the group Friends of Rockaway Beach and is co-chair of the Economic Development Committee of Community Board 14, has demanded along with other residents and businessmen that keep all the beaches open from this weekend.

“We were promised that this would not happen. They were supposed to do these jobs during the winter. They decided to start the construction of a fifth boardwalk. And they decided to do it in a very poor geographic location.”Cori protested to local media.

The community leader estimates that these restrictions “will kill many businesses” since billing could be reduced by 20%.

After being destroyed by Hurricane Sandy, Rockaway Boulevard took three years to be rehabilitated, and returned in all its glory in the summer of 2019, which was the last season that traders remember in recent history as 100% profitable. Then what came with The public health crisis is now history.

In 2020, of the 30 dealerships that operated summer service locations between 86th and 106th streets, only half were allowed to operate as part of the strategy of health authorities to avoid crowds as a preventive measure against COVID-19.

“Just the beach in front of our business will be closed. But despite that, we are hopeful that since there is always movement on the boulevard, we can have a good summer, now that there are no restrictions due to the pandemic. And last year, in spite of everything, it did not go badly for us”, calculated an employee of the snack and hamburger restaurant, Rippers, located on 86th Street.

the first rays of sun

Many residents of that sector, like the Peruvian, José Chapa, 75 years oldafter hard years due to the pandemic and the tragedy caused by Hurricane Sandy, they have their sights set on “a better summer”.

“The heat is here and the issue of COVID-19 is supposedly under control. These are the first days of heat so that many of us can be outside without much fear. I hope everything goes well for the recovery of all, the merchants, and who had to be locked up for monthsJose commented.

This immigrant lives in New York, for 40 yearscame out this week to receive the first rays of sunlight on the iconic Queens beach promenade, marked by pain at the Texas Chainsaw that ended with the lives of 19 children and two teachers.

“We expect more security here in the city. It is very painful that we have to know about murders every day. I hope the heat doesn’t bring violence to this neighborhood“He commented between sobs.

They will monitor “punctuality” of the project

Since the intention of total and partial closures in some points of the Queens beach was known this summer, the councilor Joann Ariola (R-Ozone Park) it “ridden the same wave” of concern from merchants. In fact, he frontally demanded that the constructions be redesigned for total access by bathers.

“I am not surprised that these government agencies have agreed to an action, which does not support our residents, business owners, tourists and the local economy,” the legislator reacted in a statement.

Now Ariola announced that he will continue working to ensure that the Parks Department suspend rent collection for concessionaires with food sales affected until July by this measure.

“We will continue to push for full beach access this summer and will closely monitor the project schedule to ensure engineers meet the construction deadline of July 15, so that the Rockaway Coast can continue to serve as an attraction during the hottest months of the year,” Ariola said.

In Detail: Summer 2022 in Rockaway Beach