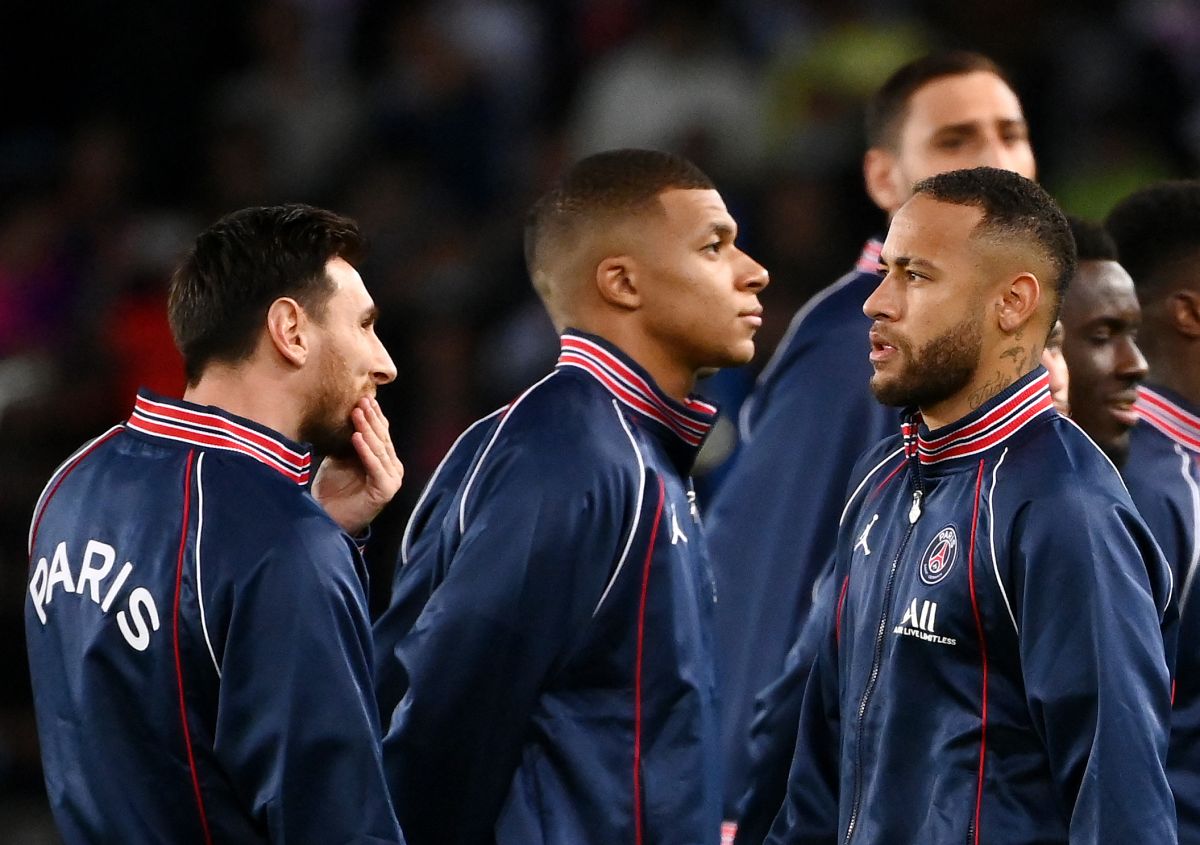 Cloudy, in this way the en return of Paris Saint-Germain (PSG), a team where great soccer stars come to life, such as Lionel Messi, Neymar Jr., Kylian Mbappé and Sergio Ramos.

The french newspaper L’equipe published this week a report titled “Paris: secrets and screeches”, in which it reveals those internal tensions of the wardrobe that Directed by Mauricio Pochettino.

Competition in the PSG goal

According to the French newspaper, one of the “Dirty rags” of PSG are in goal, due to competition for ownership between Keylor Navas and Gianluigi Donnarumma.

When the PSG-Nice from December 1Nice’s substitute goalkeeper who is on loan from PSG, Marcin Bulka, headed to the Parisian dressing room to greet his former teammates. He told Keylor that they both wore the same brand of gloves.

In this sense, the Costa Rican saw Donnarumma and said: “The best goalkeepers in the world carry this brand”, given that the Italian uses Adidas.

Another point on which the report emphasizes is the Neymar‘s indiscipline. The Brazilian star was about to receive punishment for being late for signs with a PSG sponsor.

According L’Equipe, the directive did not sanction Neymar to prevent information from being leaked. The Brazilian’s excuse was that he did not know if he had to have a COVID-19 test in the morning.

The renewal of Mbappé is paralyzed

In we will see, this is the renewal of Kylian Mbappé‘s contract. The dressing room would be divided between the French / Europeans and the South Americans. This situation would keep the footballer unmotivated, who last summer asked to be transferred to Real Madrid.

The day that the star Argentine won his seventh Ballon d’Or several of his classmates they went out to party to celebrate. The next day, Messi and Paredes they did not train for symptoms of gastroenteritis. This attitude, reported the French newspaper, caused discontent within the group.

What’s more, two South American footballers, of those whose names are not disclosed, did not appear at one of the last morning workouts of the team, after celebrating Sunday of last week. Even, nor did they ask the technical staff for permission to be absent.

By the end of october, Mauro Icardi cheated on his wife Wanda Nara with María Eugenia “China” Suárez. In view of the club gave the striker three days’ leave to solve his marital conflict and even let him travel to Italy, several members of the locker room would have been upset.

You can also read:
– Unusual: the cheapest ticket for PSG-Real Madrid is over $ 280
– The $ 600,000 “toy” that Messi showed off during his trip to Dubai
– Champions League: the memes and jokes that left the draw error
– The ordeal of Sergio Ramos: he is once again out of the PSG squad due to injury
– They discover that Neymar went to party after suffering a terrible ankle injury