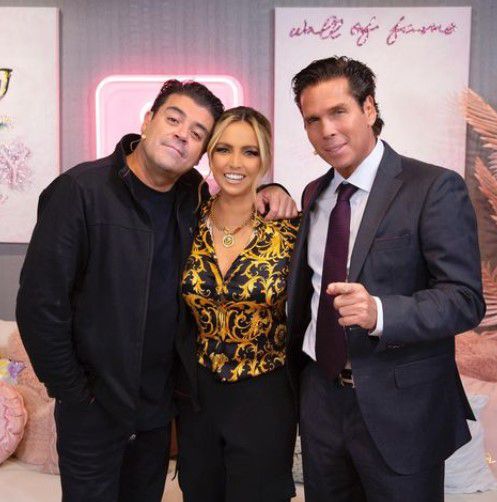 Roberto Palazuelos He spoke again of his close relationship with the Mexican power, especially in his younger years, when he was able to enjoy elite privileges such as organize private parties on federal properties, as homes of the National Fund for the Promotion of Tourism (FONATUR) and enjoy presidential transportation.

It was thanks to his friendship with the children of a former Mexican president that the actor and businessman incurred in illegality by using his influence to make personal use of houses of federal dependencies and the Mexican Army, organized at his request by the Presidential General Staff

Palazuelos did not give the name of the president whom he referred to as “Don Miguel”, and recalled that together with the children of the aforementioned – presumably the PRI member Miguel de la Madrid Hurtado, who governed the country from 1982 to 1988 – contacted “Lupita” , secretary of the aforementioned, so that When “the president” went on a tour of the country, he assigned him a home where he could party. This was revealed by the call Black diamond in an interview for the YouTube channel Pinky promise:

Also read:  Bad Bunny attacks J Balvin saying that his song 'Agua' did not deserve to be nominated for the Latin Grammy 2021

“Pretend that on a Wednesday in Los Pinos, that Don Miguel had already left, that he always went to his house in Cuautla and they left us from Wednesday to … before he would go on tour and then he would go down in Cuautla. So there was a secretary downstairs who was Lupita, so I said to her ‘What are we going to do ‘Chanfle‘?’, Chanfle he was the youngest (son), Gerardo, ‘ and he said to me, ‘no, well, fucking Drila’ (his nickname in those years), (he said) ‘Check what house is free, talk to Lupita’, then he would talk to her, (and said) ‘What house there is free from all the FONATUR houses in the Republic, ‘”he recalled in the program hosted by Karla Díaz, a member of the JNS group.

Then the young people traveled in presidential transport to the house assigned by the secretary, who reproached them for the “riot” that they had already done previously in another of the federal properties: “(He told me) ‘Oh, Roberto, they are going to go again for the weekend, it is that the last time in Ixtapa they did a swoon ‘ and the roll and the chingada, and I said ‘well now, which one is there?’, ‘No good, there is the one in Acapulco, sometimes it was 03, sometimes it was 04, the TP is Presidential Transportation ” without any sign of grief in the program where Jorge was also present Donkey Van Rankin, who also attended those youth parties.

So Lupita also asked them not to change their plan, since she would already send the Army to organize the party agreed upon by the young people. “Then we said ‘Well now, the one in Cancun.’ And it said ‘but you are not going to change him anymore because I am going to send to the Advanced, mijito ‘. All ‘the Advanced’ was leaving, an Army plane arrived with all the military personnel, they mounted everything and the roll and there we arrived, it was a riot, “he revealed.

The hotel businessman, who has recently uncovered his intentions to govern the state of Quintana Roo, said that “the only thing that the military did not let him” at the party was “having a knob on the table.”

Also read:  Chrissy Teigen underwent surgery to remove fat from her cheeks, and shows the results

“They were very good times, they were very healthy times, there were no social networks. The General Staff told us ‘to see the only thing that is prohibited is that they have a knob on the table, it has to be pure drinking,’ “he added.

In addition, the 58-year-old actor recalled that he had access to the telephone numbers of the young European royalty, with whom he “chatted”:

“And we got to chatter over the phone to the infantas of Spain or Carolina of Monaco, we talked to them, there to chatter and roll,” he recalled. “They didn’t fart us,” he intervened. Donkey, “But we did shit with laughter,” concluded Palazuelos.