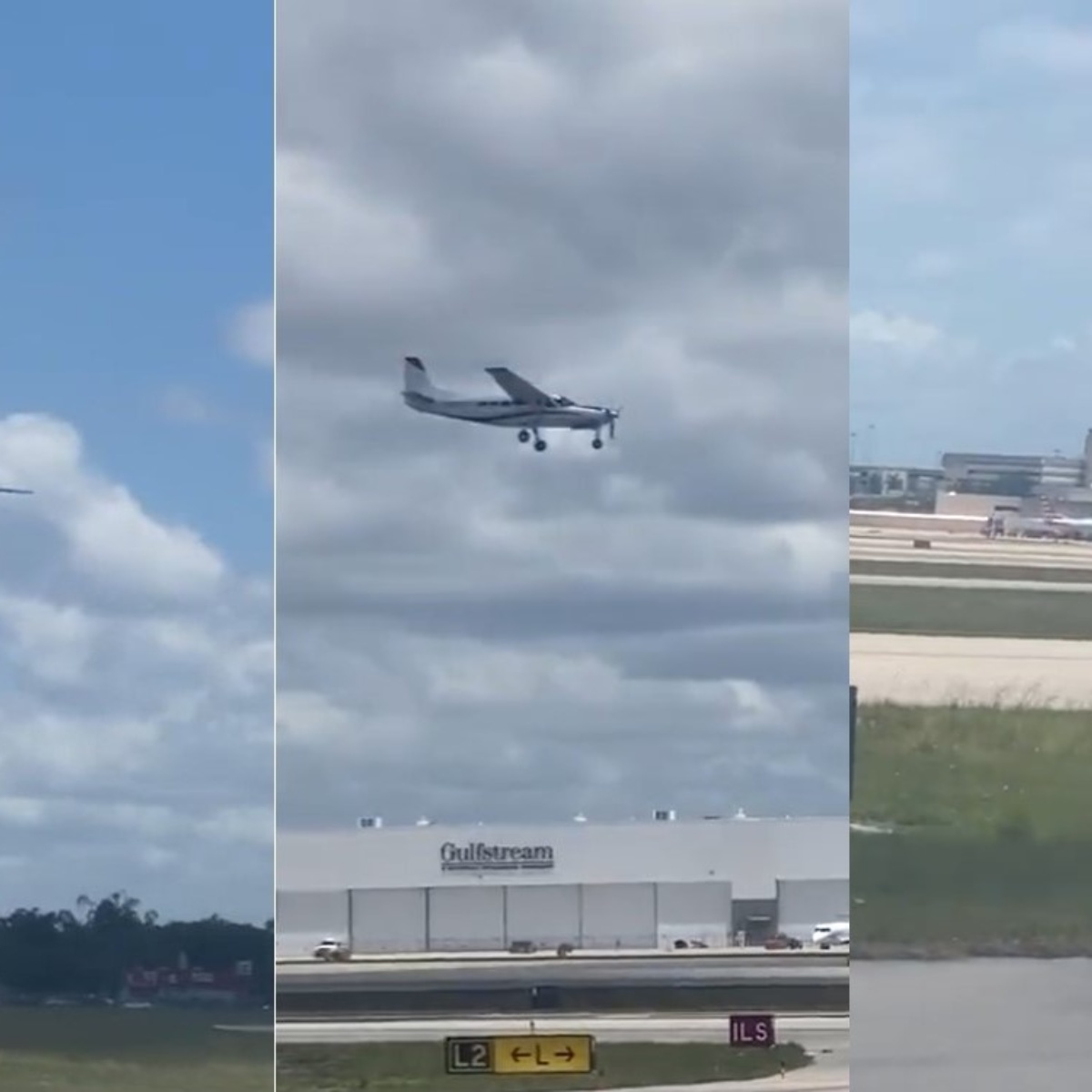 The airport in Florida, United States, experienced a moment of terror, when suddenly the control tower heard “I have a serious situation”, the end was that a passenger landed the plane because the pilot fainted.

Yes, the passenger of a private flight experienced one of the worst scenes of terror, the pilot of the aircraft fainted out of nowhere so the plane was out of control, that’s when the control tower heard:

“I have a serious situation, my pilot has been knocked unconscious and I have no idea how to fly the plane.”

This is brand new video (courtesy of Jeff Chandler) of a passenger landing a plane today at PBIA.

His pilot had passed out, and the passenger with zero flight experience was forced to land the plane.

Team coverage of this amazing landing is on @WPBF25News at 11. pic.twitter.com/jFLIlTp6Zs

AmericanPost.News revealed that an expert pilot avoided the collision between planes, but this case is completely different, the pilot fainted during the flight.

According to local media, the passenger of a private flight saw the pilot faint for what he had no choice but to take control of the Cessna Caravan type aircraft and communicate with the control tower to explain the situation.

Since the passenger was inexperienced, air traffic controllers gave simple instructions to get the passenger to land at Palm Beach International Airport.

“Try to keep the wings level and see if you can start to descend. Push the controls forward; take it real slow.”

How the passenger communicated with the traffic officersthe aircraft could be located on the radar and the protocols were activated on the runway to be aware of the emergency landing, made by a person who had no prior preparation.

When the passenger landed the plane, the control tower staff celebrated the landing and, via communication radios, pilots of other planes were informed that they had just witnessed two passengers landing a plane.

As for the pilot who fainted on board, the Federal Aviation Administration (FAA) said that he suffered a “possible medical problem” and that the incident is being investigated.

Fortunately, the passenger landed the plane successfully and without damage.