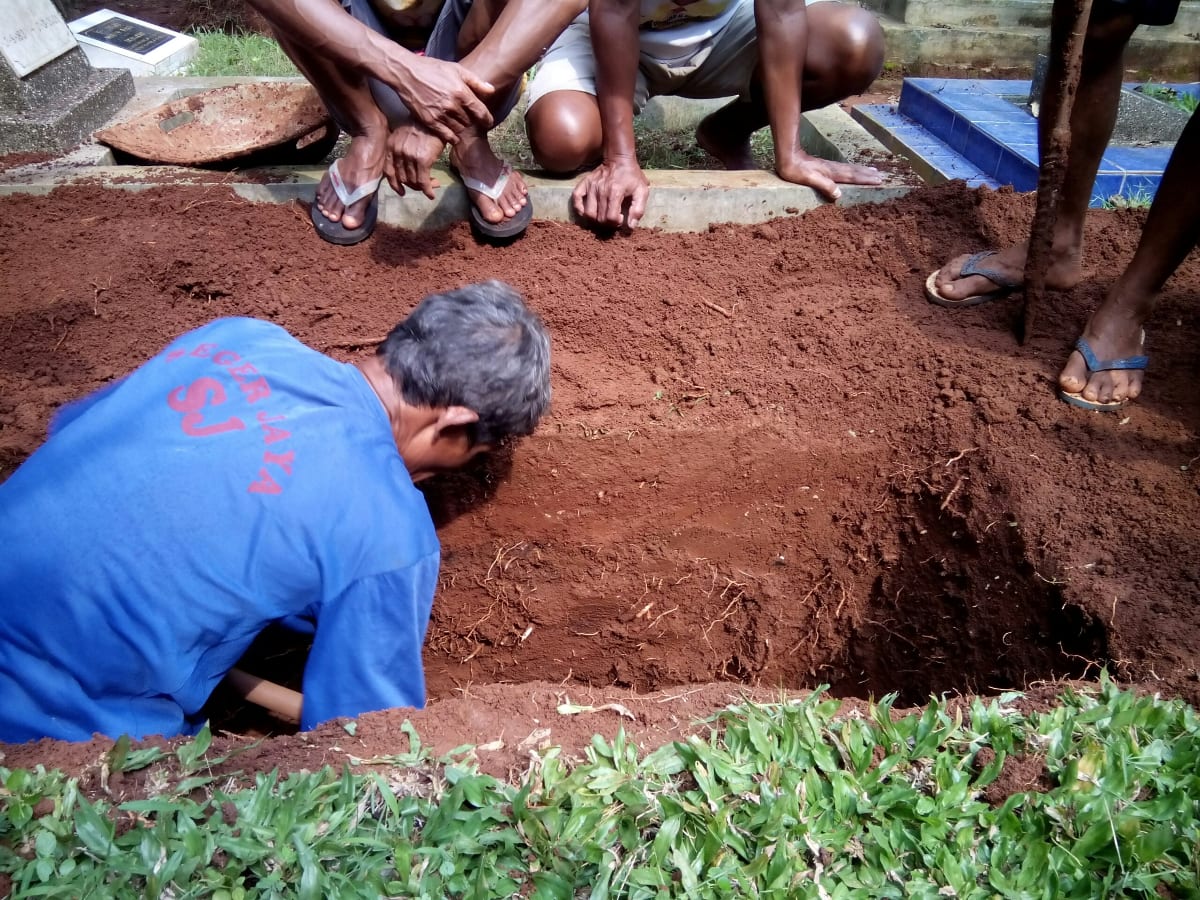 An extremely tragic and unusual event occurred in a Christian community in Zambia, when a pastor, James Sakara, came up with the idea that he wanted to resurrect as Jesus did more than 2,000 years ago, however, as it was from Wait, he did not achieve the objective and ended up asphyxiated, according to the Noticias Caracol portal.

The religious, identified as James Sakara, only 22 years old, surprised his community when he had the unusual idea that he could do what the Bible says, that Jesus died and in his tomb he rose again on the third day.

However, his idea was not well received by most of the members, they rejected it and he only convinced three people to help him bury him alive, tied hand and foot, to verify that he was capable of doing the same.

Now there is an investigation against the people who helped bury the pastor alive and the community is devastated by the news, the news has gone around the world and has gone viral because they do not understand the way of thinking of the pastor

The pastor was from a church in Zion, and suddenly the idea came to him that he could do the same as Jesus, to be buried, but alive, and to be resurrected on the third day. For a few days he tried to convince the congregation, but not everyone followed him.

Only three people ‘tucked him in’ and said yes, but now they are in trouble. They dug a hole, tied his hands and buried him alive, believing that after 72 hours they would find him alive and as if nothing had happened.

At the end of 72 hours, community members came to see if the pastor’s objective had been met, however, as expected, the man died of suffocation and the police immediately opened an investigation.

Now of the three who helped him to enter the tomb, one is under arrest and two more remain missing, probably to evade the action of justice, since they are charged with some charges that could well put them in jail.

When they saw him without vital signs, the members of the community tried to perform a series of “spiritual rituals” to bring him back to life, but nothing could be done, the man was not breathing and had already been dead for 3 days, as it is believed that he died minutes after be buried.

The people were surprised by this fact and lamented the death of the pastor who tried to emulate the miracle of being resurrected as Jesus did, only that he died asphyxiated and without any possibility of being able to get out of the tomb that was dug for him.

In a similar incident of the death of a pastor, on March 10 it was reported that in Argentina there was a terrible murder of the gay evangelical pastor Fabián Kreischer, who was killed, tied and stabbed, sources said.

The 45-year-old openly gay man was internationally recognized within the religious community in Latin America such as Colombia, Nicaragua and Mexico. His sermons were broadcast on social networks where they were praised by the faithful, according to the site Infobae.

This unique evangelical pastor had accepted to be openly gay since 2001 when he contracted HIV, which made him a benchmark against discrimination against people who suffer from this disease. The news of the terrible murder was announced on February 7, shocking the faithful followers through social networks.

“Many faithful of the church wrote to me because Fabi did not reply to the messages. And that was very rare for him. He was always attentive to WhatsApp and social networks, “said Gustavo Gómez, president of the church to Infobae. Filed Under: Pastor Wanted to Resurrect Like Jesus

“First a lady friend, who had keys to the apartment because she took care of the dog, went to the house, along with another couple of friends. As soon as they opened the door, they saw that there was a chaos of things thrown on the ground … They closed the door and called the police directly, “said the religious leader.

Argentine authorities arrived at the nearby department of the United Evangelical Lutheran Church, located in Buenos Aires, Argentina. In that church, Pastor Fabián Kreischer was vice president. The policemen entered the apartment and the evangelical pastor was discovered dead on his bed, naked and covered with blankets, clothes and a mattress, indicates Infobae. Filed Under: Pastor Wanted to Resurrect Like Jesus

Fabián Kreischer’s body had his wrists and ankles tied with a rope to the base of the bed and “he had ten stab wounds between the neck, thorax, cheek and left shoulder blade. A sex toy and some extinguished candles were also found at the site, “said the aforementioned media.

The violent incident was ‘dismissed’ as a robbery as several valuables were found at the scene. In addition, the stove had the keys open and the door was locked from the inside. According to unconfirmed versions, the evangelical pastor had ‘dates’ with men through an application, and it is being investigated whether on the night of his murder he held a meeting. Filed Under: Pastor Wanted to Rise Like Jesus

“He lived his homosexuality naturally within the church, he ended up becoming an example for everyone,” said the president of the United Evangelical Lutheran Church. “In the Lutheran church we maintain some different values ​​than the majority of the evangelical churches. We have supported the legalization of abortion as well as homosexual relationships, ”adds Gustavo Gómez.

The news resurfaces at the time that ‘details’ of the life of the controversial Pastor Albert López of the Open Door Baptist Church in McLeansville, United States were released. Filed Under: Pastor Wanted to Rise Like Jesus

Pastor Albert López went from being an anonymous Hispanic pastor to one of the most famous in the United States, but to his bad luck, not for a good thing. The religious leader became very popular a few days ago, when he expelled from his church and imprisoned one of his parishioners who disagreed with his way of leading the congregation.

López had no mercy in firing the police on Félix Arias, even though he knew that he suffers from kidney failure. He had no idea that injustice would be turned around quickly. And it is that less than 24 hours after that scandal, the investigation took a radical turn when the federal, state and local authorities decided that it was he who deserved to be imprisoned. Filed Under: Pastor Wanted to Resurrect Like Jesus