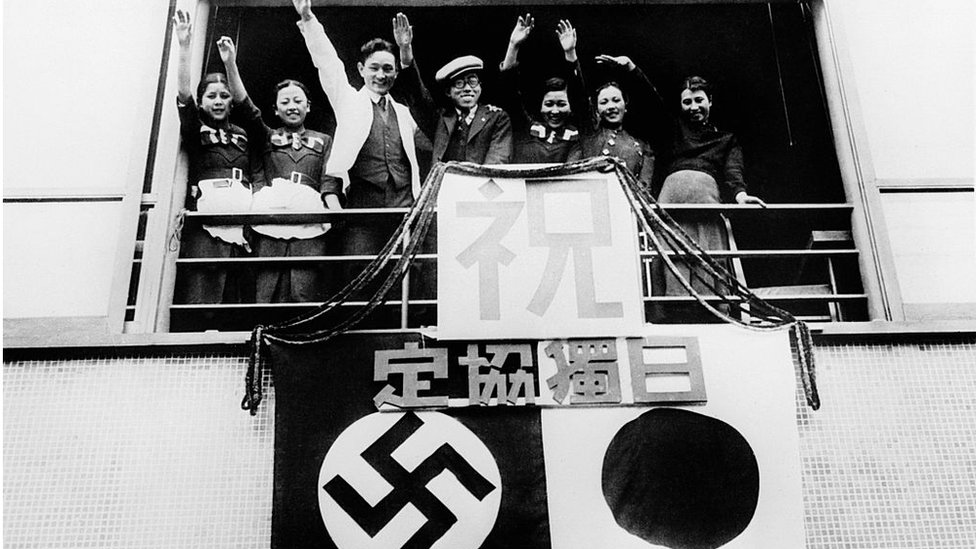 That morning, the Japanese imperial forces advanced under the cover of darkness and began a series of air strikes that caught the Western powers by surprise, starting World War II in the Pacific.

By then, the sun had not yet risen in Hawaii and the bombing of Pearl Harbor was still over an hour away.

And it is that although traditionally reference is made to the aggression against that US naval base, located in Honolulu, as the starting point of the War of the Pacific, that December 7, 1941 the Imperial Japanese Navy launched a series of coordinated and parallel attacksl from Pearl harbor which lasted for about seven hours against US and UK controlled territories in Southeast Asia.

In a sweeping campaign, Japan defeated US forces on Guam and the Wake Islands; as well as in the Philippines and did the same with the troops of the United Kingdom in Hong Kong and in what was then called British Malaysia.

“The Japanese victories were very, very fast; and when they entrenched themselves, they made it very difficult for the Allies to reconquer those areas, “says Mark Roehrs, Professor of History at Lincoln Land Community College (Illinois, USA) and co-author of the book” World War II in the Pacific: Never look back ”, to BBC Mundo.

The consequences of these Western defeats would be felt even after the end of World War II and would indelibly affect geopolitics in Southeast Asia.

But what was Japan looking for with the conquest of these territories?

Clearing the way for war

Japan was not at war with either the United States or the United Kingdom when it attacked these territories in Asia. However, since 1937 it was immersed in a regional war with China that was generating friction with the West.

“The main reason why Japan was expanding in the Pacific is because its own territory is not very rich in natural resources, so They sought to obtain colonial possessions that would provide them with the resources they lacked. They were looking for things like rubber, rice, tin and bauxite, resources that they would find in the islands of the central and southern Pacific, ”says Roehrs.

Of all raw materials, the one most required by Japan was oil.

“Oil was the really crucial issue, because the Japanese had nothing and if they were going to fight a war they had to have a secure source of oil,” says Raymond Callahan, Professor Emeritus of History at the University of Delaware, to the BBC. World.

It highlights that, paradoxically, the territories that simultaneously attacked Pearl Harbor were not particularly rich in these resources.

“The oil fields they were targeting were not really in the Philippines or British Malaysia. They were in the Dutch East Indies, now Indonesia. And they knew that they had to eliminate US forces from the Philippines and British troops in British Malaysia and Singapore, because those forces were on the sides of the Japanese route to the south, towards the Netherlands East Indies ”, he assures.

Once most of the European powers had transferred their local forces to the Old Continent to deal with the war raging there, the greatest obstacle facing the Japanese in the Pacific was the US military presence.

“The reason Japan attacked the United States was to try to neutralize its fleet, the only force that remained intact and that posed a real threat to Japan’s advances to the South Pacific and Suroccidental ”, indicates Roehrs.

It highlights that, in general, the attacked territories were seen as “aircraft carriers that could not be sunk” and that, from a military point of view, the most important was the Philippines.

“The British, the French, the Dutch had exhausted their defensive forces and the US fleet at Pearl Harbor and the Philippines were the main military threat that the Japanese faced ”, he points out.

In the Philippines, the United States had a force of about 100,000 men commanded by the famous General Douglas MacArthur.

With the coordinated and simultaneous attack against all these objectives, Japan sought to obtain a quick and forceful victory.

“The Japanese were aware that They couldn’t afford a long war of attrition So part of what they were looking for with this quick series of blows was not only to defeat the allied forces on the ground, but also to obtain a psychological victory that made their adversaries think that it was going to be too difficult or that it was simply not worth the effort. It is worth the effort of trying to reconquer those territories ”, affirms Roehrs.

And, indeed, they managed to prevail relatively quickly and easily.

After being bombed for two days, the island of Guam fell on December 10, 1941 to an unstoppable land invasion. Although it managed to hold out for a few more weeks, for which it came to be branded as “The Alamo” of the Pacific, Wake Island suffered a similar fate.

“Both the Navy and the United States Army believed that it was not possible to defend those islands. The plan was to keep small garrisons there that would fight to the best of their abilities and then surrender. His loss was already taken for granted before the war started“Explains historian Raymond Callahan.

A similar situation arose in Hong Kong. Months before the start of the war, British military leaders had concluded that it was not possible to defend that colony, although in the end they agreed to reinforce it a bit by sending more troops.

“Hong Kong’s water supply came from mainland China, so once control over that reservoir was lost, they weren’t going to be able to hold out much longer, no matter how many soldiers there were,” Callahan explains.

“The Hong Kong garrison had about five or six battalions, half of them Canadian. They put up a good fight, but it really was impossible, ”he adds.

Although it had better defense resources and was the most important British military base and port in Southeast Asia, Singapore fell in just over two months.

“We could talk for four hours about the things that went wrong in Singapore. There, as the saying goes, ‘everything that could go wrong, went wrong’. All the assumptions and conjectures from the prewar period turned out to be wrong, ”says Callahan.

He says that one of the elements that favored the Japanese was that Nazi Germany gave them secret British documents that it had intercepted and that included the assessment that the United Kingdom had made of Singapore’s defense capabilities, so they had a unique advantage when planning your attack.

British Prime Minister Winston Churchill ordered the island to be defended, but errors by the military commanders on the ground led to some 80,000 British, Indian and Australian soldiers surrendering on February 15, 1942 to a Japanese force of some 40,000 men.

“It is worst disaster and largest capitulation of forces in British historyChurchill lamented.

Although the fall of the Philippines into Japanese hands did not occur until May 1942, it would mark a lasting stain on the military history of the United States, which had controlled that archipelago since 1898.

“The defeat in the Philippines was very shameful because the United States had invested there, General Douglas MacArthur was there and, on paper at least, there was a force of about 100,000 men made up of US troops and US-trained Philippine troops.” notes Roehrs, who stresses that despite these conditions, the Japanese advanced relatively quickly.

“The Philippines is really inexplicable because the news of the Japanese attack on Pearl Harbor had already reached the island when the Japanese bombers attacked Clark Field, north of Manila, where most of the US air forces and US aircraft were concentrated. MacArthur’s B17 attackers were parked side by side in the airfield as if it were still a time of peace, ”says Callahan.

“Still today there is no adequate explanation as to why the MacArthur bombers were caught parked on the ground“, He points out.

The Japanese defeat in 1945 and its subsequent surrender on September 2 of that year, signed aboard a US warship and in the presence of General MacArthur, ended World War II in the Pacific.

However, the military defeat that the Japanese forces inflicted on the Western powers with the attacks of December 7, 1941 (December 8, 1941 for Wake Island, Guam, Hong Kong, Singapore and the Philippines as they are located on the other side of the international time change line) would have lasting consequences.

“The long-term consequence of these Japanese attacks is that dealt a fatal blow to European colonial empires in Southeast AsiaRaymond Callahan notes.

The historian explains that the control that France had over Indochina (Vietnam), the Netherlands over Indonesia or the United Kingdom in Singapore was based in part on the belief that they had in that area of ​​Asia that European armies were unbeatable.

He points out that seeing American and British soldiers surrender to Asian troops had a great impact on the minds of the inhabitants of that region of the world.

“That destroyed the prestige of the European colonizers, which could never be recovered again. In fact, I think you can draw a straight line between what happens during the first six months of war in the Pacific and what happens in the 1940s, 1950s and 1960s in Southeast Asia, ”says Callahan.

And it is that after the end of the Japanese occupation, the Philippines achieved its independence in 1946, the British withdrew from Singapore and Malaysia, the Netherlands lost control over Indonesia; and France, first, and the United States, later, are defeated in Indochina (Vietnam).

“The British Empire in Asia lasted for another five or six years after the war. The British returned there as victors, but they immediately had to prepare to leave again ”, he adds.

Callahan recalls that one of the goals that Japan had set for itself in the war was to eliminate European influence in Asia.

“Paradoxically, although the Japanese were finally defeated, it can be said that this objective was achieved,” he concludes.