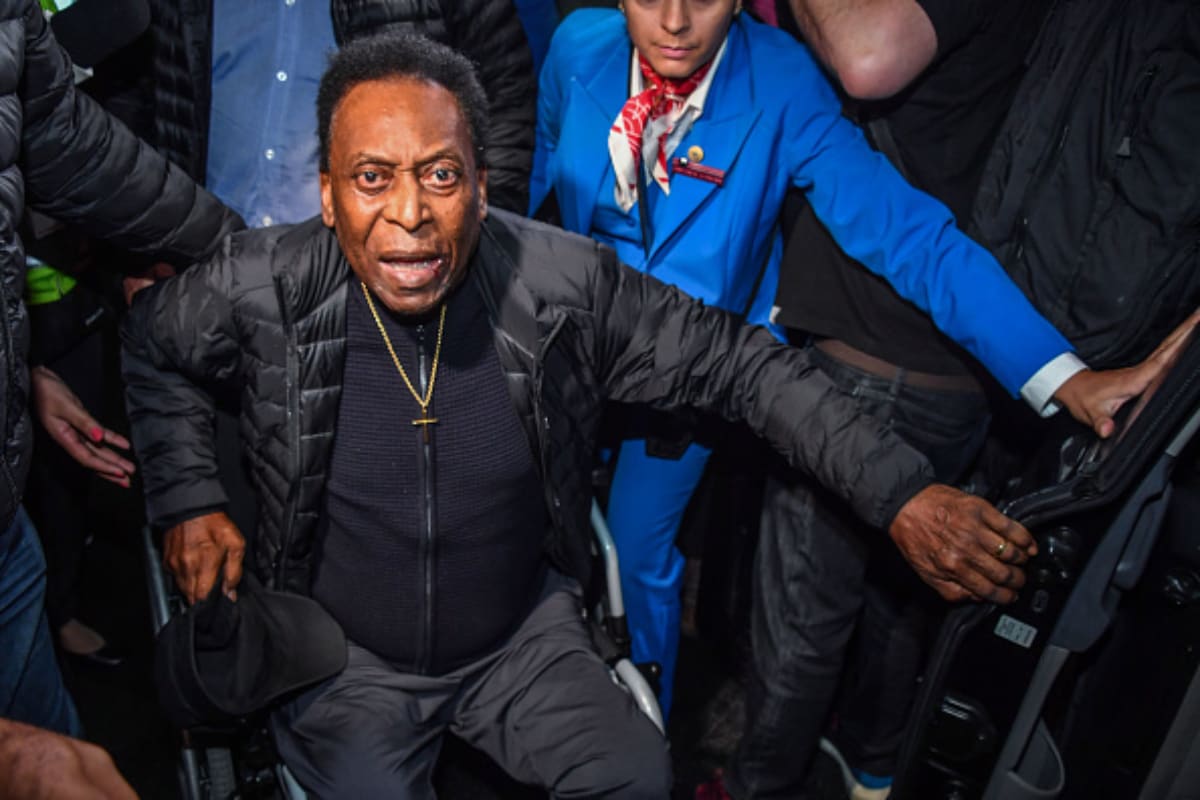 Pele’s health. Edson Arantes do Nascimento, Pelé “took a little step back” in his recovery after undergoing surgery to remove a tumor from his colon, his daughter Kely Nascimento reported on Friday, who assured that the legendary ex-footballer is well in a hospital in Sao Paulo, according to the AP news agency and the Daily Mail portal.

However, the Albert Einstein Hospital reported that Pelé, whose name is Edson Arantes do Nascimento, had to return to a “semi-intensive care” unit, after suffering “a brief respiratory instability.”

In a statement, the clinic stated that the former athlete is stable and “continues to recover,” without giving further details of the former soccer star’s current state of health.

Kely Nascimento posted a photo of herself with her father on Instagram on Friday. He claimed that he had taken the image “right now” in his room at the Albert Einstein.

“He is recovering well and within a normal frame. I promise! ”Nascimento said. “In the normal picture of a man of his age, after such an operation, sometimes two steps are taken forward and one backward. It is very normal. Yesterday, he was tired and took a little step back ”.

Instead, Nascimento added that his father had taken another “two steps forward” on Friday, without clarifying why, which left some concern among fans around the world.

“THANKS FOR ALL THE LOVE”

The hospital had not released new information on Pele’s health since Tuesday, when he was released from intensive care. Later, Pelé confirmed on social media that he feels good.

“My friends, I continue to recover very well,” wrote Pele on Instagram. “I received visits from family members and I continue to smile every day. Thank you for all the love I receive from you ”. Filed Under: Pele’s Health

Doctors detected the tumor in late August, when Edson Arantes do Nascimento came in for some routine tests. His surgery took place on September 4.

“O Rei” has had locomotion problems after hip replacement surgery in 2012, for which he has had to move around in a wheelchair in his few public appearances.

He also underwent interventions due to kidney and prostate problems. Although the daughter assures that it is going well and that it is not easy, the rumors about her physical condition point to a more complicated situation.

“I DO NOT KNOW WHAT IS HAPPENING”

The daughter also commented: “Hello friends. I don’t know what’s going on with the rumors, but my DMs are on the rise! There is already a lot of anxiety traveling the world these days and we do not want to be the reason for more ”.

He added: ”This photo was taken just now. He wears a vest because he is Santista and the cold in SP bothers him! He is recovering well and within the normal range. Promise! Filed Under: Pele’s Health

He also confessed something: “He doesn’t like it when I say this, so please don’t tell him, but he’s an O’Keefe gentleman. The normal recovery scenario for a man of his age, after an operation like this, is sometimes two steps forward and one step back ”.

I want to thank once again, and always, the brilliant team here at Einstein and even more gratitude for all the good energy that they are transmitting. Filed Under: Pele’s Health

But through various publications, Pelé has wanted to make it clear that he feels and is well. For this reason he published the following: “My friends, this is a message for each one of you. Don’t think for a minute that I haven’t read the thousands of loving messages I’ve received around here.

He continued: “Thank you very much to each of you, who dedicated a minute of your day to send me positive energy. Love, love and love! I’m out of ICU and I’m in my room. I keep getting happier every day, with a lot of willingness to play 90 minutes, plus extra time. Soon we’ll be together!”. Filed Under: Pele’s Health

At the end of November of last year, news shook the world of sports when the death of another former Argentine star, Diego Armando Maradona, was confirmed, who for years ‘fought’ the title of best soccer player in the world with Pelé.

The Pelusa ceased to exist at the age of 60, a victim of cardiac arrest, so the images of the ambulances outside his house went around the world, due to the transcendence. Filed Under: Pele’s Health

The 10th of the Argentine team and world champion in Mexico 1986, he was born on October 30, 1960 in Lanús, Argentina. Since November 2, El Pelusa was admitted to the hospital and since then his situation has not improved as expected.

Diego Armando Maradona played in great teams around the world such as Boca Juniors in Argentina, and later in Barcelona in Spain, Seville and Napoli in Italy. According to the AP agency, the former world champion and current coach of Gymnastics and Fencing of La Plata, had been discharged from a clinic in Buenos Aires on November 11, eight days after undergoing an operation for cranial edema. . Filed Under: Pele’s Health