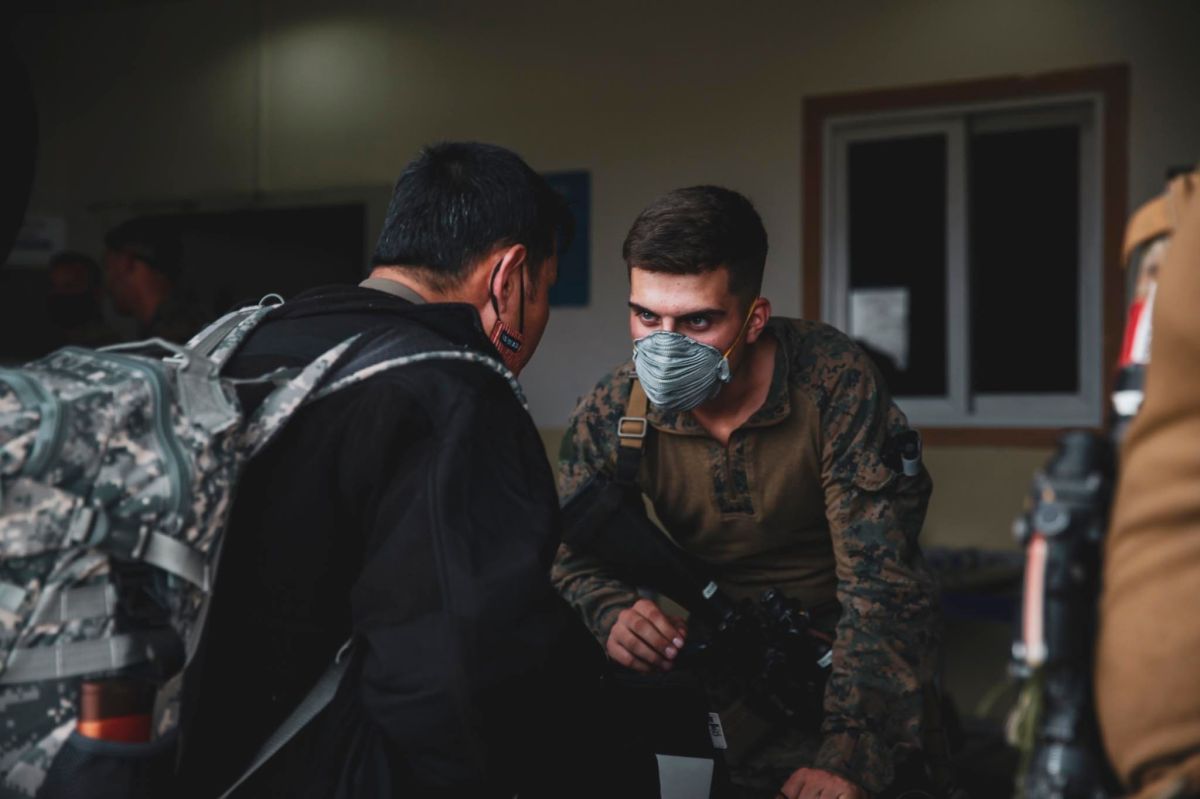 The Pentagon acknowledged Wednesday that currently does not have the ability to safely escort Americans in Kabul to the airport for evacuation while the Taliban consolidate control in the capital of Afghanistan.

“I don’t have the ability to go out and expand operations currently in Kabul,” the defense secretary said, Lloyd Austin, when asked about those who cannot reach the gates of Hamid Karzai International Airport in Kabul, because they are behind the Taliban checkpoints.

The Secretary of Defense’s admission of the use of the US military inside Kabul to rescue Americans who have not been able to get to the airport earlier comes after the US Embassy in Kabul issued a warning to citizens. Americans there stating that it “cannot guarantee safe passage” to the airport, according to CNBC.

The United States relies on an agreement with the Taliban to ensure the safe passage of the Americans.

.@SecDef: We remain laser-focused right now on Hamid Karzai International Airport in Kabul and on doing everything we can to continue evacuating Americans, allies, Afghans who’ve worked alongside us, and other courageous Afghans at special risk. #HKIA pic.twitter.com/3SgQad2gVg

Undersecretary of State Wendy Sherman said early Wednesday that “it appears that the Taliban’s commitment to the safe passage of the Americans has been strong,” although she noted that she is not aware of “all the cases.”

Austin promised that the United States “will evacuate as many people as we can physically and possibly evacuate, and we will carry out this process for as long as possible.” The Pentagon chief said that The United States is coordinating with the Taliban to create walkways for people to get to the airfield.

US Army General Mark Milley, Chairman of the Joint Chiefs of Staff, told reporters that the airport is currently secure with nearly 5,000 US troops on the ground and that the Taliban “are not interfering with our operations.” However, the situation “remains volatile and can change rapidly,” Milley said.

“We are the United States Army and we will successfully evacuate all American citizens who want to leave Afghanistan. They are our number one priority, ”Milley said with Austin.

The general said about the troop extraction of people who may have been left behind the Taliban lines, that the army has the “ability to do other things if necessary”, but toHe clarified that executing that option is a “political decision.”

“Furthermore, we intend to evacuate those who have been supporting us for years, and we are not going to leave them behind. And we’ll get as many as possible, ”Milley added.

#GenMilley: We intend to evacuate those who have been supporting us for years, and we are not going to leave them behind. And we will get as many out as possible. #HKIA pic.twitter.com/rnsWYEb9tn

But nevertheless, the State Department acknowledged that the Taliban are apparently preventing some Afghans from reaching the airport.

“We have seen reports that the Taliban, contrary to their public statements and their commitments to our government, are preventing Afghans who want to leave the country from reaching the airport,” Sherman said.

Milley said that the Pentagon is conducting an average of about 20 cargo plane evacuation sorties every 24 hours. Sherman said 2,000 people have been evacuated in that period, and the State Department will soon invite 800 Afghan special immigrant visa holders to board flights to the United States.