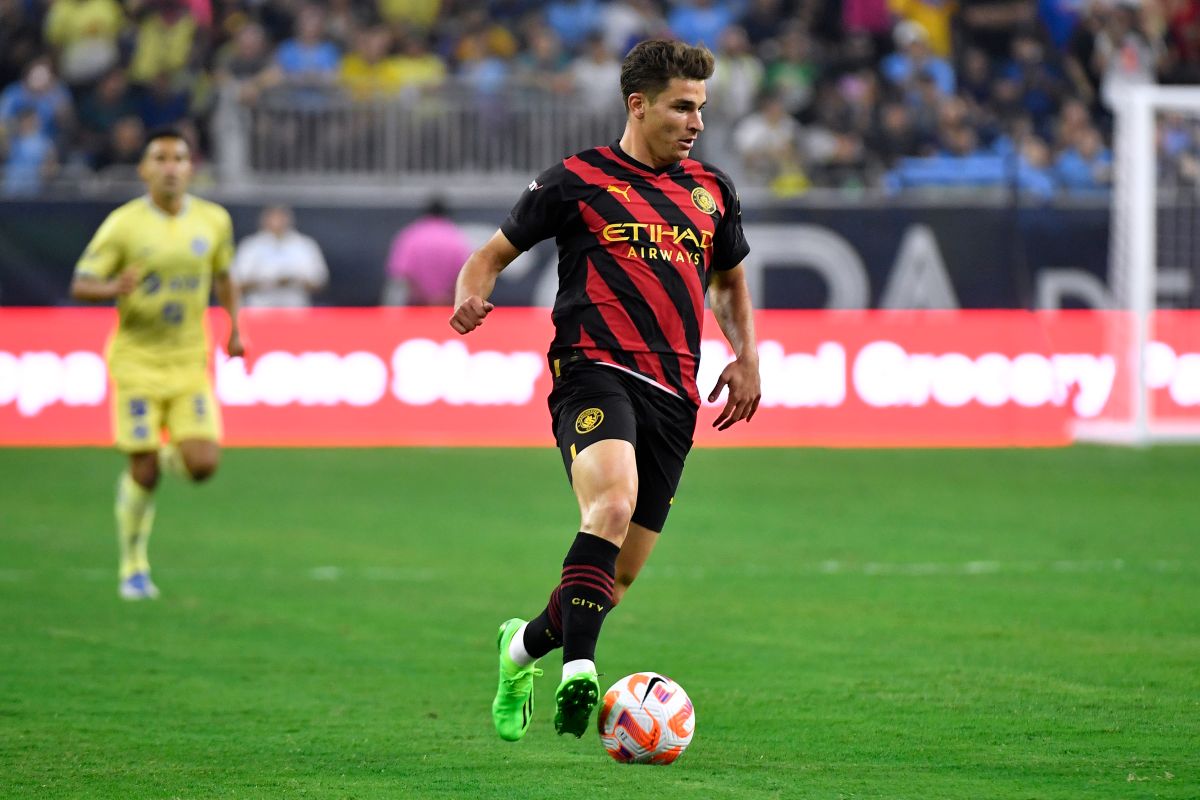 Argentine striker Julián Álvarez has barely played two pre-season games with Manchester City and his coach Pep Guardiola has shown how fascinated he is with his signing and he has filled him with praise highlighting his goalscoring nose.

“With Julián (Álvarez) we have not made a mistake. We have verified that he is a fantastic boy. He is absolutely a team player and he has a goal, he has the goal between his eyebrows, ”said Guardiola in the press conference prior to the Community Shield against Liverpool.

Likewise, the Spanish coach highlighted all the experience that the player acquired at River Plate and stated that he hopes to help him continue to grow. “We are going to take advantage of all the work that he has done with Gallardo and hopefully we can add some things to his game, that he can grow and be happy here”.

The former River Plate player has played a total of 70 minutes between the games against Mexico’s Club América and Bayern Munich, the same ones that earned him Guardiola’s trust and profiled himself for play their first official match in the Community Shield.

The ‘Spider’ as the player is known in his native Argentina, arrives to fill the vacancy left by the Brazilian Gabriel Jesús and with the intention of being able to have enough minutes to put together a lethal duo with the Norwegian Erling Haalandwho was Manchester City’s star signing this summer.

At 22 years old, the attacker already he played 122 games with River Plate in which he scored 54 goals between 2018 and 2022. Said performance led him to be called up with the ‘Albiceleste’ team, with which he has participated in nine commitments scoring one goal.