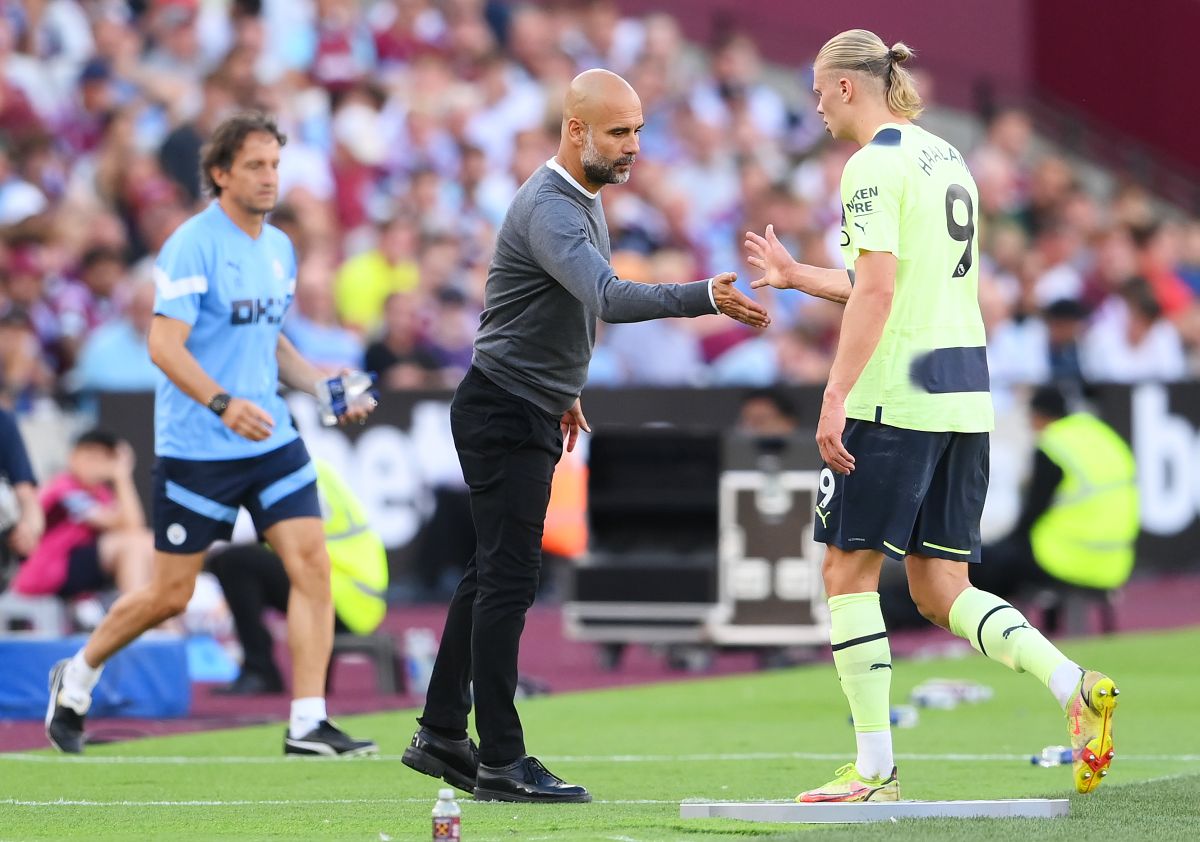 Manchester City started at full throttle at the start of the 2022-2023 Premier League, beating West Ham as a visitor with a double from their most recent signing, the Norwegian Erling Haaland.

Haaland’s performance aroused positive criticism in many sectors but Pep Guardiola took the opportunity to recall and ironize the criticism that the striker received after his debut in the team’s loss to Liverpool for the Community Shield.

On that occasion, the attacker had a blunder almost to an empty goal that was even a reason for ridicule on social networks.

But now Guardiola came out in his defense saying that they criticized him before and now they compare him with the best in history.

“Of course he is very talented, but listen to one thing. A week ago, when he missed a clear chance on goal, it was a failure. People said that he was not going to adapt in the Premier League and everyone laughed at him. Y now it’s Thierry Henry or Ronaldo“, expressed the DT in a video replicated by Football Daily on Twitter.

Finally, Guardiola spoke about his adaptation to the Premier League in England and his future at Manchester City and football in general.

“It takes time, it’s his first game in the Premier League and he’s 21 or 22 years old. He has a long career ahead of him and when he retires, hopefully he will be here for many years, we will analyze what he has done. So very calm. The important thing is that we know what we have to do and the qualities it has. And then we’ll see, ”he concluded.