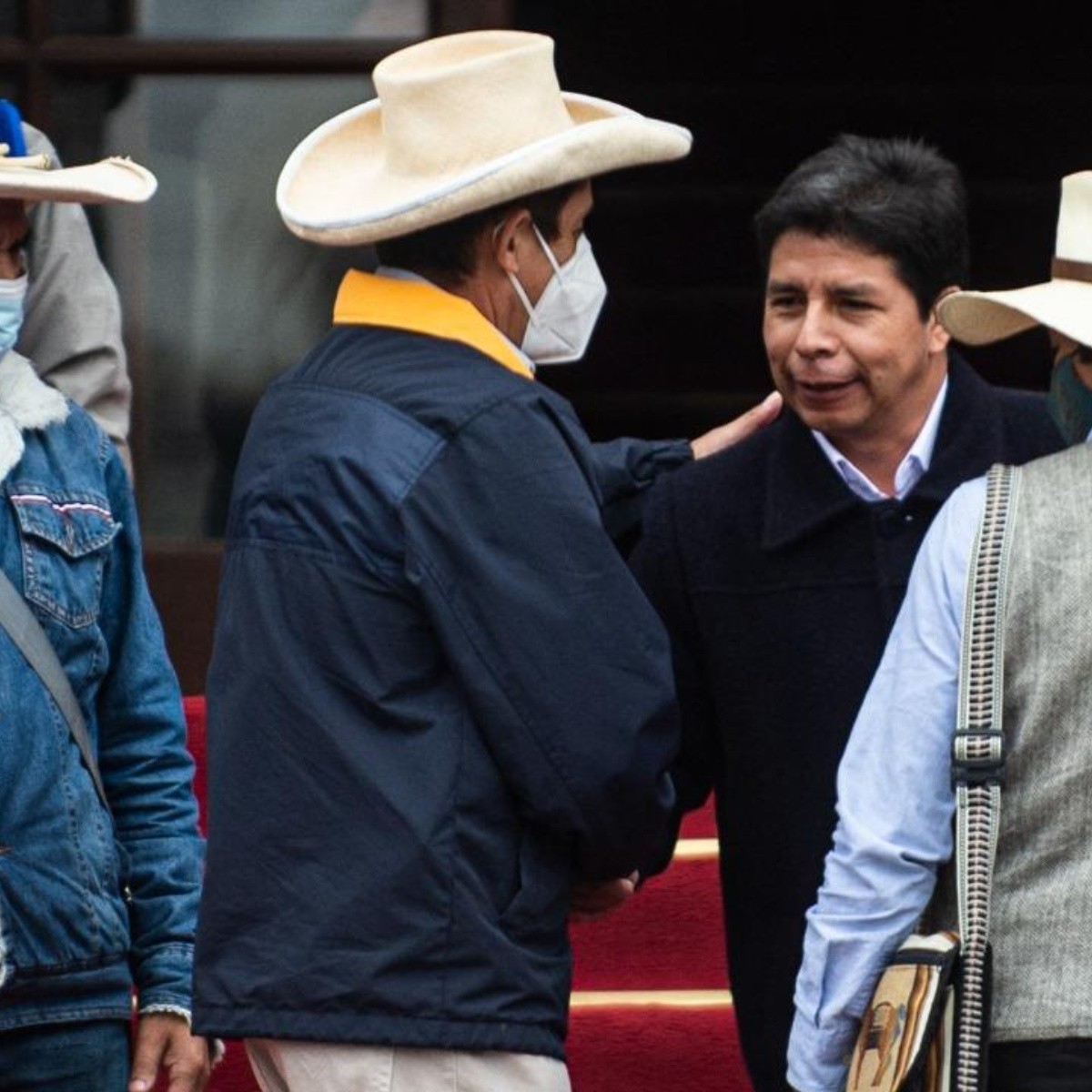 Peru.- The prosecutor’s office in Peru announced this Thursday the opening of a new investigation, the sixth, against the country’s president, Pedro Castilloand the former Minister of Housing for alleged corruption in the award of public works.

“The Prosecutor of the Nation ordered to initiate a preliminary investigation of the President of the Republic, Pedro Castilloand Geiner Alvarado, in his capacity as Minister of Housing, for an alleged crime against public tranquility, in the form of a criminal organization,” the Public Ministry reported through a message on Twitter.

According to the public ministry, “the object of the investigation refers to the works awarded in the provinces of Chota-Cajamarca and Cajatambo-Lima“.

Related to this case were arrested this week for inquiries Yenifer Paredes, sister-in-law of the president, the businessmen brothers Hugo and Anggi Espino and the mayor of Anguía (Cajamarca), José Nenil Medina.

The prosecution accuses this group of forming a network of corruption and money laundering directed by the Peruvian president.

The open case includes Alvarado for the first time, who at the time of the award of the works under suspicion, in October 2021, was working in the Housing portfolio. Two weeks ago, Castillo changed his sector and appointed Minister of Transportation.

Last week a special team of prosecutors intervened in the municipalities of Anguía and Cajatambo to gather information on public works awarded to the Espino brothers, who relate to President Castillo’s sister-in-law.

Paredes surrendered this Wednesday after the authorities raided the Government Palace and Castillo’s house in Cajamarca in search of him.

The Peruvian president accumulates another five investigations by the prosecution, of which four are for alleged criminal organization.

Castillo, who has been in office for a year for which he was elected until 2026lives under the fiscal siege for alleged corruption and the persistent siege of a Congress dominated by the right that demands his resignation.

The panorama evokes the fate of former presidents Pedro Pablo Kuczynski and Martín Vizcarrawho survived a first impeachment motion but not a second one in 2018 and 2020 respectively, amid clashes with Congress and allegations of corruption.

The Government criticized Congress in the last hours and to the prosecution for the raids on the Government Palace and Castillo’s family home.

“We reject the declarations and incitement of violence carried out by President Pedro Castillo and Prime Minister Aníbal Torres, who are constantly making harangues against the institution and the rule of law,” declared the president of Congress, Lady Camones, on Thursday.

“In situations like this, in which for the first time we have an incumbent president who has six investigations, what is expected of the Executive is an attitude of collaboration with the justice system without making other institutions or powers of the State responsible for their own decisions” , added the head of parliament.

Castillo, a rural teacher and trade unionist, has survived two impeachment attempts “due to moral incapacity” driven by a dissatisfied sector of Congress since the beginning of his mandate.

The president has so far weathered the storm helped by the fragmentation of Congress.

The other five investigations

The Prosecutor’s Office opened five investigations against Castillo since October 2021of which only one refers to a case prior to his election.

The causes contemplate an alleged influence peddling in the purchase of fuel by the state-owned Petroperú in 2021 and the alleged obstruction of justice in the dismissal of an Interior Minister.

Also an alleged influence peddling in a file of military promotions; alleged corruption and aggravated collusion in a public works project, and for plagiarism in his university thesis. The president vehemently denies all charges.

“I have nothing to do with irregular acts or corruption. I am an honest man and I will always defend my innocence and honor,” he wrote on Twitter on June 17.

The prosecution, which is autonomous and promotes the mega-investigation of the Odebrecht case that splashed four other Peruvian presidents, considers that there are indications that Castillo heads “a criminal organization” that involves his political and family environment.

However, he cannot take it to court because he has immunity until the end of his term in 2026.