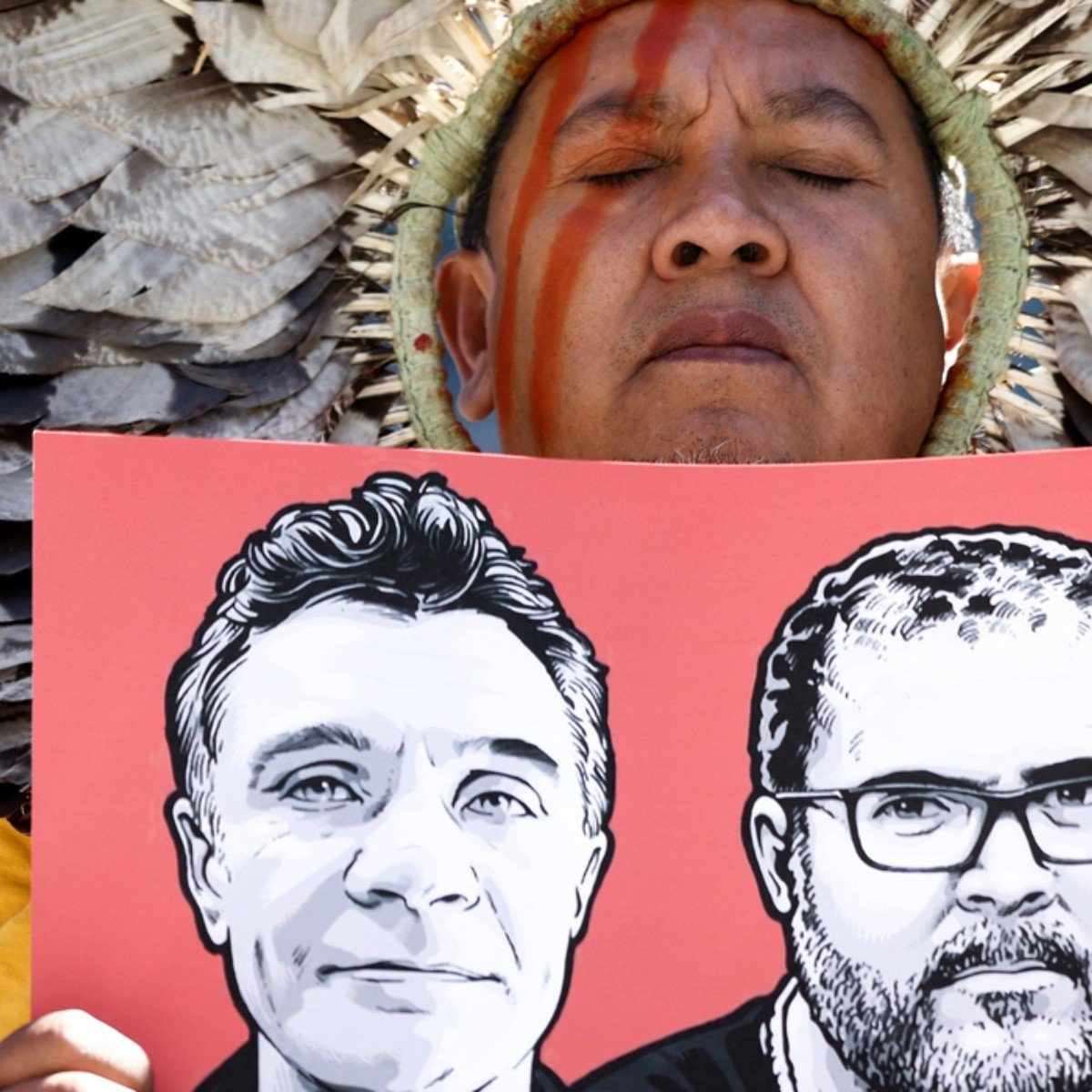 Four years after his first expedition deep into the remote jungle of the Javari Valley in Brazil, Dom Phillips and Bruno Pereira teamed up again, each working on a big project of defense of the Amazon.

British journalist Dom Phillips and Brazilian indigenous expert Bruno Pereira, both at a time of change in their respective lives, they returned to that jungle region they visited together in 2018home to an indigenous reserve larger than Austria.

On his 2018 trip, Pereira, then director of the isolated tribes program at Brazil’s government agency for indigenous affairs (Funai), invited Phillips, then sent by The Guardian, to cover a grueling 17-day expedition into dense jungle. tropical.

The objective was to map the lands occupied by an uncontacted tribe, to try to avoid conflicts with other ethnic groups.

In his article, Phillips wrote admiringly of Pereira squatting in flip-flops by a campfire eating monkey brains for breakfast as they discussed politics.

A close friendship was born

Four years later, both were back in the Javari Valley, in northwestern Brazil, near the borders with Peru and Colombia.

Phillips, 57, had put aside journalistic reporting to write a book about the largest rainforest on the planet.}

Pereira, 41, had said goodbye to FUNAI and established a program to help indigenous people detect and report invasions of their land by illegal loggers, miners and hunters.

On June 2, they set out by boat from Atalaia do Norte, a quiet municipality at the junction of the Itaquai and Javari rivers, so that Pereira could show Phillips his project.

They planned to return on June 5. They never arrived.

Police say that as they were returning to town that Sunday in a small boat, illegal fishermen sped up and shot at them.. They were then buried in the forest.

Mapping and threats
Pereira left Funai, after clashing with the new program-cutting officer appointed when far-right President Jair Bolsonaro took office in 2019, but found a new home in an indigenous rights group, UNIVAJA.

There, he trained indigenous volunteers to patrol the Javari Valley, entering the raids into a specially created app.

The reserve is experiencing a wave of land invasions and other threats, at a time when numerous studies affirm that the administration of their lands by the natives is key to protecting the Amazon, a vital resource in the fight to stop climate change. .

“They had the entire crime scene mapped out and were preparing a report to show to the authorities,” said Brazilian-American journalist Monica Yanakiew of Al Jazeera English, who accompanied Pereira on a similar trip in December.

“Everyone says you can’t patrol such a large area without a full army, but if you have 10 indigenous patrolmen who know the terrain and an app, you can find out what’s going on,” he told AFP.

It was this combination of masterful organization and intimate knowledge of the terrain that made Pereira “one of the great indigenous experts,” said an old friend, veteran Brazilian reporter Rubens Valente.

“He had a very rare gift. He was someone you knew would go on to great things: environment minister or something like that. His death is a tremendous loss,” he lamented.

‘How to save the Amazon’

Phillips, one of Brazil’s most respected foreign correspondents, put this work on hold last year when he won the prestigious Alicia Patterson Fellowship for his book project, intended to be a highly entertaining look at practical ways to protect the rainforest.

Its working title was ‘How to save the Amazon’.

“I was so excited,” said Jenny Barchfield, a friend who met Phillips when they were both foreign correspondents in Rio de Janeiro in the 2010s.

She remembers him as friendly, kind, voraciously curious and “magnetic”, with bright blue eyes and a mischievous smile.

“He talked about how exciting it was to be able to think beyond the next story for this long project that had really big ramifications,” he said.

His friends say that Phillips was very into writing the book and they are looking for ways to finish it and publish it.

“I’m sure Dom would want you to take some positives out of the tragedy,” said another friend, former Scottish foreign correspondent Andrew Downie.

“If there is anything positive to take away from this, it could be that people are now looking at the Amazon.”


With belts, mother takes daughter out of club for leaving without permission