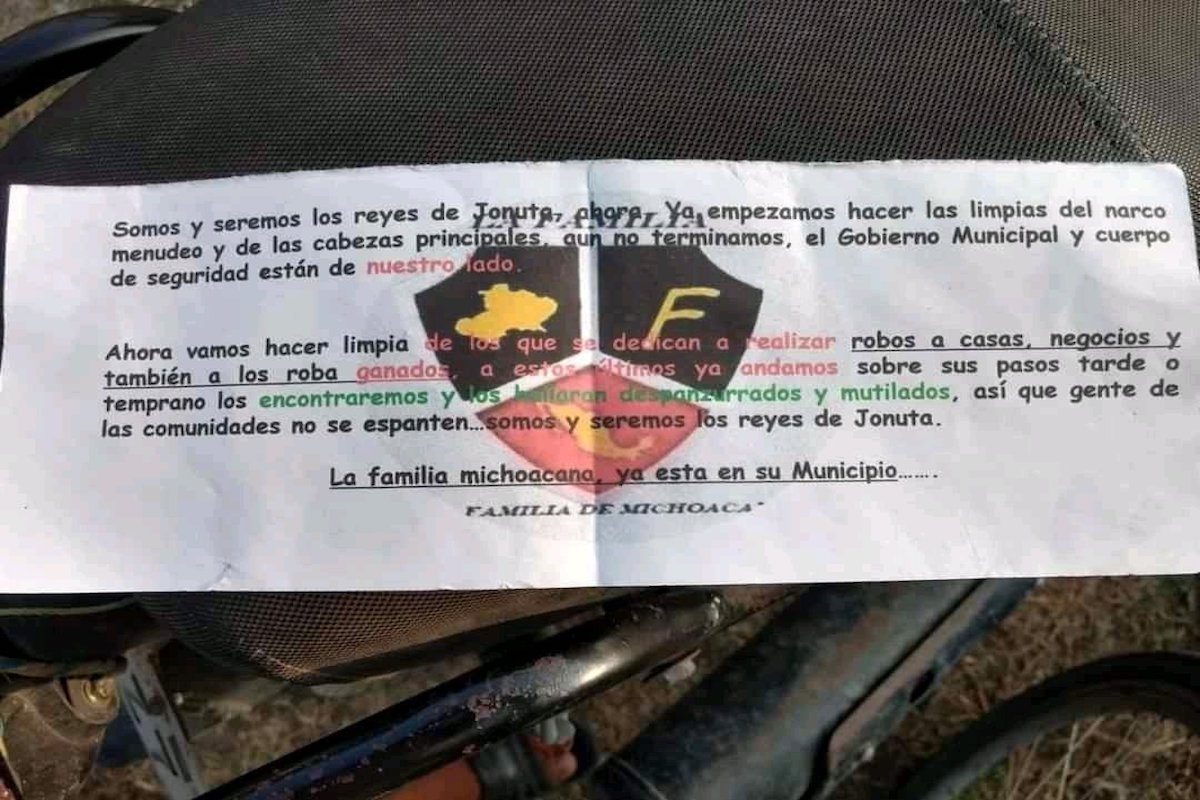 With flyers that they distributed throughout the city their assassinsthe Michoacan Family Cartel regains strength and announces his arrival at Tabascothe state where he was born President of Mexico, Andres Manuel Lopez Obrador. It also warns that it will eliminate all drug traffickers rivals: “We are going to clean up those who dedicate themselves to robbing houses, businesses and also those who steal cattle, the latter we are already walking in their footsteps (…) they will find them disemboweled and mutilated”, they say in flyers that were distributed in the streets of the Jonuta municipality.

According to the Cartel de la Familia Michoacana, they supposedly have the authorities on their side: “The municipal government and its security forces are on our side.” Who rules Jonuta? The current mayor is called Eric Garrido Argaez and belongs to Morento the President López Obrador’s party.

La Familia Michoacana emerged in Michoacán, one of the most violent and dangerous states in Mexico. Although this cartel has been weakened for 10 years, some cells are still active under the name of the Nueva Familia Michoacana and joined together called United Cartels who seek to end the Jalisco New Generation Cartel (CJNG).

The fight for the Plaza de Tabasco began to get complicated, since there is also a strong presence of CSinaloa cartel (CDS) and there are more and more criminal organizations that intend to enter that territory, so there is an increase in violence, derived from clashes between drug traffickers.