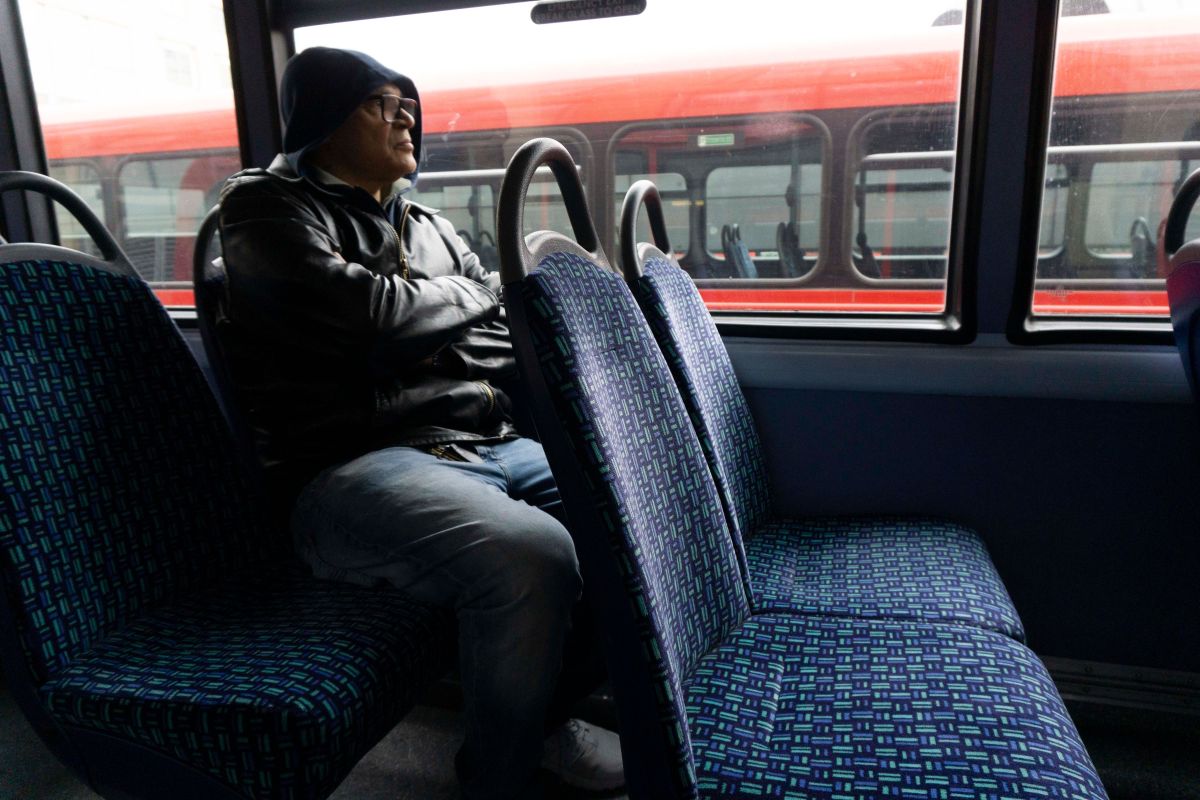 When in 2015, Joseph Silva learned that there would be a protest of deported veterans in San Diego, he signed up to join the demonstration, without imagining that his participation would lead to a project that resulted in the photographic exhibition that opens today in Los Angeles.

“I spoke to Héctor Barajas, – a leader for the rights of deported veterans -, and asked him if he could go to the protest. He told me yes and I left Los Angeles for San Diego.”

A photographer by profession, Silva began taking portraits of deported veterans and by the time he realized he had at least 50.

“I completed a couple of hundred rolls of film and filled several hard drives,” says Silva.

“I invested six years of my life to raise awareness about the deportation of veterans of the United States military. I spent a lot of time with these veterans and their families to share their stories.”

The exhibit “Deported Veterans: Photographs by Joseph Silva” will be at the Social Justice Museum from February 24 to July 17.

He has photographed Mexicans in Tijuana and Ciudad Juárez; and he has traveled to many of the countries to which deportees have been expelled.

He says that it was not difficult for them to accept that he captured their images.

“I am also a veteran. Ah, they tell me, ‘you are a veteran like me’. And that opens the door for better understanding and trust. They realize I don’t want to exploit them.”

Silva was in the US Navy. “I never had to go to war but I was on a humanitarian mission in Panama for 4 years.”

He was born in North Carolina, but his grandparents are immigrants from Cape Verde on the African continent. She grew up in Sacramento and has lived in San Francisco, San Diego, Berkeley and Oakland, and has been in Los Angeles for several years. She currently works part-time at Cal State Northridge University’s Tom and Ethel Bradley Center Photographic Archives.

“It was the head of the Cal State Northridge Art Department who approached me about putting together an exhibit of my photographs,” he says.

Silva says that with the portraits he has taken of veterans over a period of 6 years, they aim to show the humanity of the deportees. “Not all my veterans are men, two are women, one Mexican and one from Costa Rica.”

One of the veterans’ stories that has impacted him the most is that of Rudi Richardson, whose birth name is Udo Ackermann. “He is an African-American Jewish veteran. He was adopted by an African-American family when he was 5 years old. He grew up in San Pedro, California and entered the Army. Due to addiction problems, he was deported; and his children stayed in Long Beach.

He adds that most of the veterans who are deported have been due to drug addiction problems; and most have children that they leave behind in this country.

The problem, says Silva, is that Richardson was deported to Germany, a country where he was born, but he doesn’t know its language. “For not speaking German, he had to go live in London.”

Silva went to see him in England three years ago.

The veteran photographer says that it is very sad that veterans are deported to countries from which they left as children, and those who no longer know, do not speak their language and have no one to help them.

“Laura Meza from Costa Rica has also impressed me a lot, because she is a lonely woman in that country, who was deported from Maryland. She is a veteran of the Iraq War, and suffered severe trauma.”

And he talks that there are many deported veteran women, but in his exhibition he included two.

The exhibit is promoted as a narrative visual space in which deported veterans not only reclaim their denied citizenship but also expose the damage inflicted by what they see as unjust government policies.

In the photographs you can see objects that affirm their citizenship, from their uniform to baseball caps and military portraits. And next to them, you can see a little story of who they were.

His goal is to remind us that his fight for citizenship status is a fight for social justice.

The exhibit is part of a partnership between the Museum of Social Justice and the Tom & Ethel Bradley Center, CSUN. You can visit it Thursday through Sunday from 10 am to 3 pm at the Social Justice Museum located at 115 Paseo De La Plaza, Los Angeles, CA 90012, across from Placita Olvera.

Silva said that he plans to take his exhibition to different cities in the nation and to other countries.

Héctor Barajas, leader of the deported veterans, revealed that he feels very enthusiastic and proud that Silva has documented through his photographic work the struggle of the ex-military expelled from the country.

“He has traveled with me to several countries to meet and accompany the deportees, and on his own he went to England to meet another veteran.”

And he believes the exhibit raises awareness, empathy and educates about who deported veterans are. “It puts a face on the deportees, and shows that we are not only Mexicans but from all over the world.”

He also appreciates that Silva’s photography has captured the familiar angle of the deportees.

An unknown number of veterans have been deported to 50 countries.