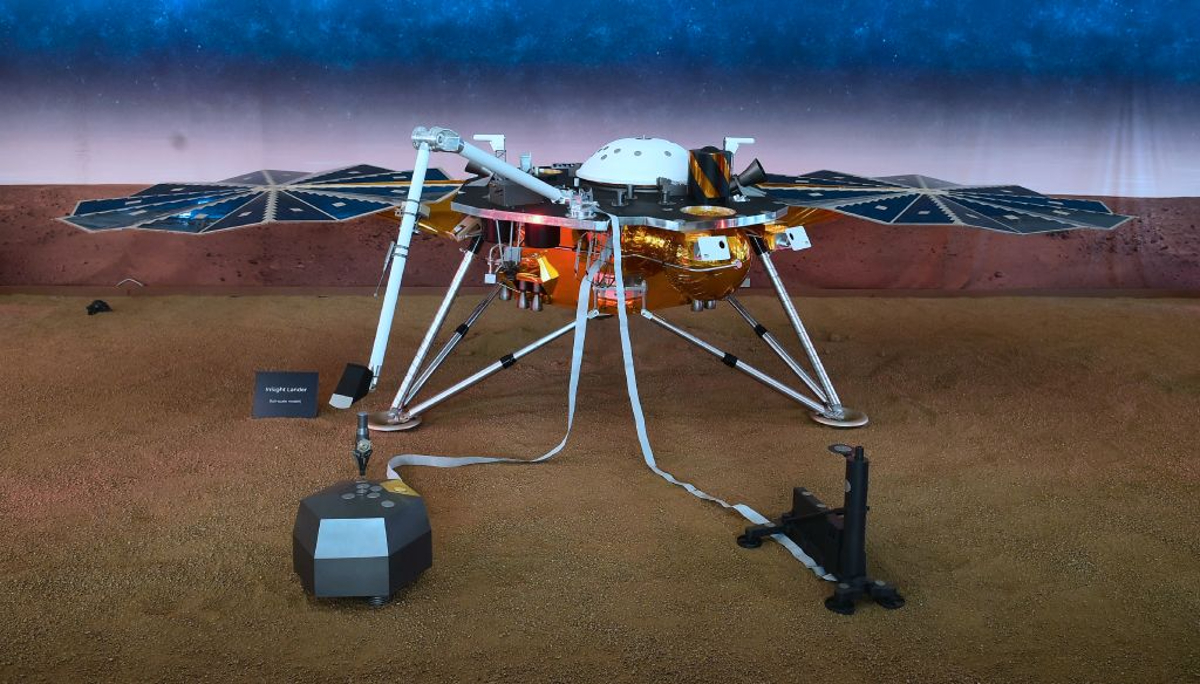 A team of scientists managed to digitize an image, thanks to a study, how is the subsoil on Mars, thus revealing billions of years of history of the red planet. This task was accomplished by NASA‘s Insight probe only by listening to the winds on the surface of the neighboring planet.

The study published in Nature reveals that the Insight analyzed Martian environmental noise and, with the help of an integrated seismograph, was able to reveal what the layers are like under the sandy soil of Mars. This information is very valuable to scientists, as it will allow you to find out what the planet is made of and what elements are found in the subsoil, where they estimate that there could be water.

While it is true that researchers already knew what the Martian core, crust and mantle looked like, they had no information about how the layers are a little more superficial.

The Insight probe is equipped with a seismograph manufactured between the Swiss Seismological Service and the ETHG Zurich company. One of the objectives is to study with more precision the “marsquakes”, which are the Martian telluric movements, of which there is not much information so far.

The first five meters of the surface is composed of sand, the next 20 meters are composed of loose material and volcanic rock produced by the impacts of space rocks against the planet thousands of years ago. Later, there are two lava flows divided by two “layers” of sediment that are the product of when Mars went through cold and dry conditions millennia ago.

The two strips of lava, according to scientists, were created millions of years apart. The closest to the surface is approximately 1.7 billion years old, while the deepest is close to 4,000 million years according to estimates.

All these studies have the purpose of understanding the neighboring planet much better and so that the first humans to set foot on Mars know what they are going to face when they are on its surface. That is why these seismographic studies are so important, since there is a possibility that there is water under the crust, the basis for life as it is known today.

Read also:
-VIDEO: NASA captures for the first time what the wind sounds like on Mars
–DART successfully took off from California and will hit an asteroid in 2022
– NASA wants to place a nuclear fission reactor on the Moon in the next few years