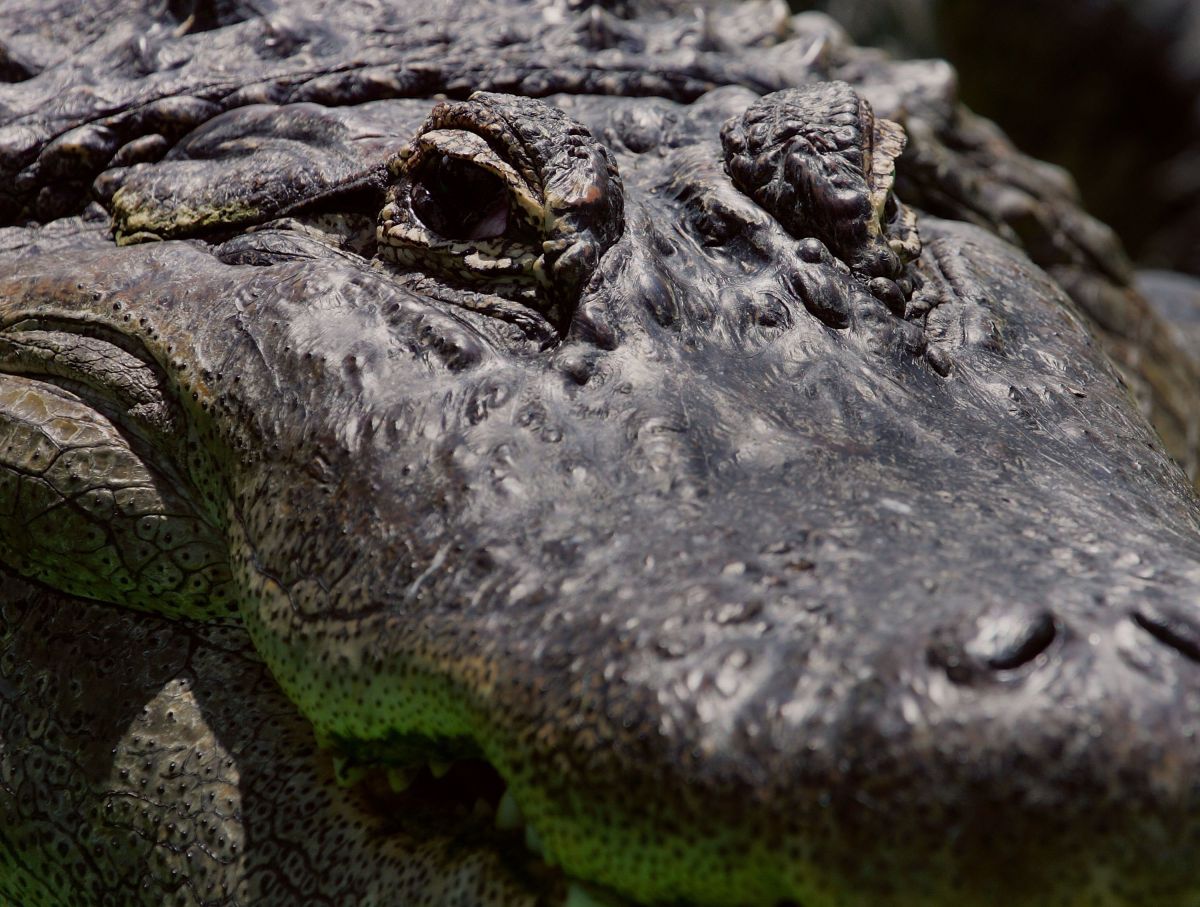 An 11-foot-long alligator blocked traffic on a state highway outside the central Florida city of Oviedo.

This Wednesday the huge alligator came out of Lake Jesup and crossed the road in the morning, just when there was quite a lot of trafficcausing fear among motorists, despite the fact that the lizard was not aggressive, as can be seen in some photographs published by the Seminole County Sheriff’s Office.

Officers from the Seminole County Sheriff’s Office, along with the Oviedo police, managed to corner the alligator with their vehicles, taking it to the side of the road, where later, elements of the Fish and Wildlife Conservation Commission (FWC for its acronym in English) managed to get him away from the place.

Naturally, the highway was closed while FWC specialists arrived to capture him and take him off the road.

Something similar happened last week when an alligator, also about 10 feet, was seen walking around Lake Harrington in Venice, Florida on Easter Sunday.

The Sarasota County Sheriff’s Office posted a video via Twitter of the alligator walking calmly in a residential neighborhood before plunging into a nearby lake.

Alligators in Florida, the story of each spring

Each spring the FWC publishes tips for safely coexisting with alligators and crocodiles in Florida.

“The signs of spring — warm weather, blooming flowers, and nesting birds — are playing out all over Florida. Warmer temperatures also mean that alligators are more active and visible”, says that manual with recommendations to follow in and out of the water, which is the natural environment of these animals.

The alligator is a conservation success story in Florida, which has a “healthy and stable” population, estimated at 1.3 million animals of all sizes.

They are found in freshwater lakes, ponds, swamps and slow-moving rivers in all 67 Florida counties, the FWC says.