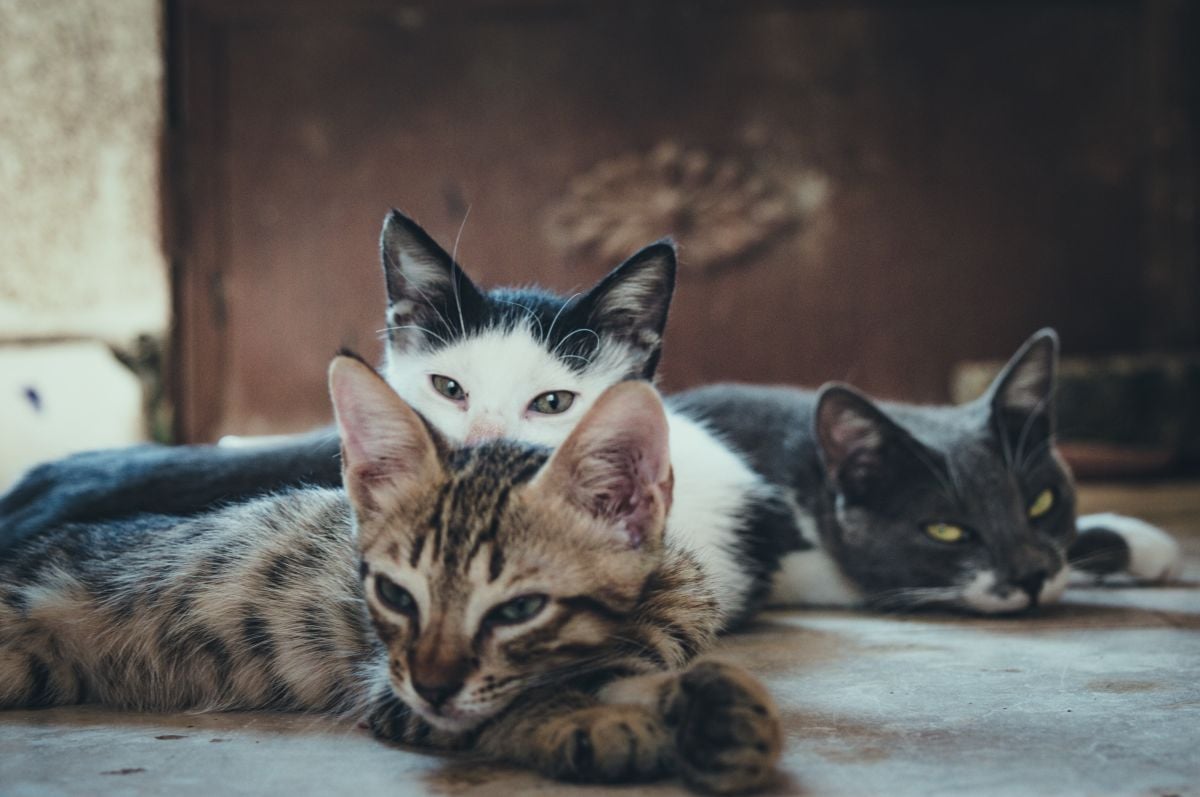 Two women living together on Vancouver Island, Canadian province of British ColumbiaThey haven’t been able to unpack a blender since they bought it last Black Friday.because their three cats took over the box with the appliance.

It is a Vitamix brand blender for an approximate cost of $400 dollars, which its owners, Jessica Gerson-Neeves and her wife, Nikii, ordered online, after finding a good offer; however, they did not take into account that their cats would “own” the equipment and would not even allow them to unpack it.

“We are the devoted servants of a trio of cats named Max; George, Destroyer of Worlds; and Lando Calrissian. Just seconds after putting down the Vitamix box, In the moments before we opened it up and happily put our exciting new blender to use, Max (aka the sentient soccer ball) spotted the box and, assuming it was for him, jumped right on it,” Jessica wrote. your Facebook account.

Since then, Jessica said, the Vitamix box has been “occupied” by at least one and sometimes two cats at a time.

“With three cats and only two humans in the household, the humans are outnumbered and (being silly giants) both are scared and unwilling to forcibly relocate the offending cats,” Jessica said.

He first posted the saga on a Facebook group, and after more than a million people showed interest, he faithfully documented what was happening on the cats’ own social media page.

One of the most recent posts involves a video showing a “shift change,” where the trio of cats make sure the Vitamix box is never left unattended.

But while a new Vitamix may solve Jessica and Nikii’s problems, that’s not what the couple wants.

“Is there, (I can’t believe I’m honestly asking this), any chance that everyone would be willing to send us three (the number is very important as there are three cats and we need one more so we can hopefully get the blender out? actual box) empty Vitamix boxes?Jessica asked.

“Other cardboard boxes seem to lack the appeal of the Vitamix box, and since, like their wonderful blenders, this standoff seems built to last, we fear this may be our only way out of the situation we’re in. we found,” he added.

And on January 4, the couple’s request was answered when Vitamix shipped three empty boxes. The first of the three boxes arrived just three days later, but sadly, as Jessica described on Facebook, the cats weren’t fooled.

To this day, the problem has not been resolved.

Also read:
All cats are psychopaths, scientists conclude
· What dogs feel before they die, according to veterinarians
· The truth about the viral video of a woman “breastfeeding” a cat on a plane