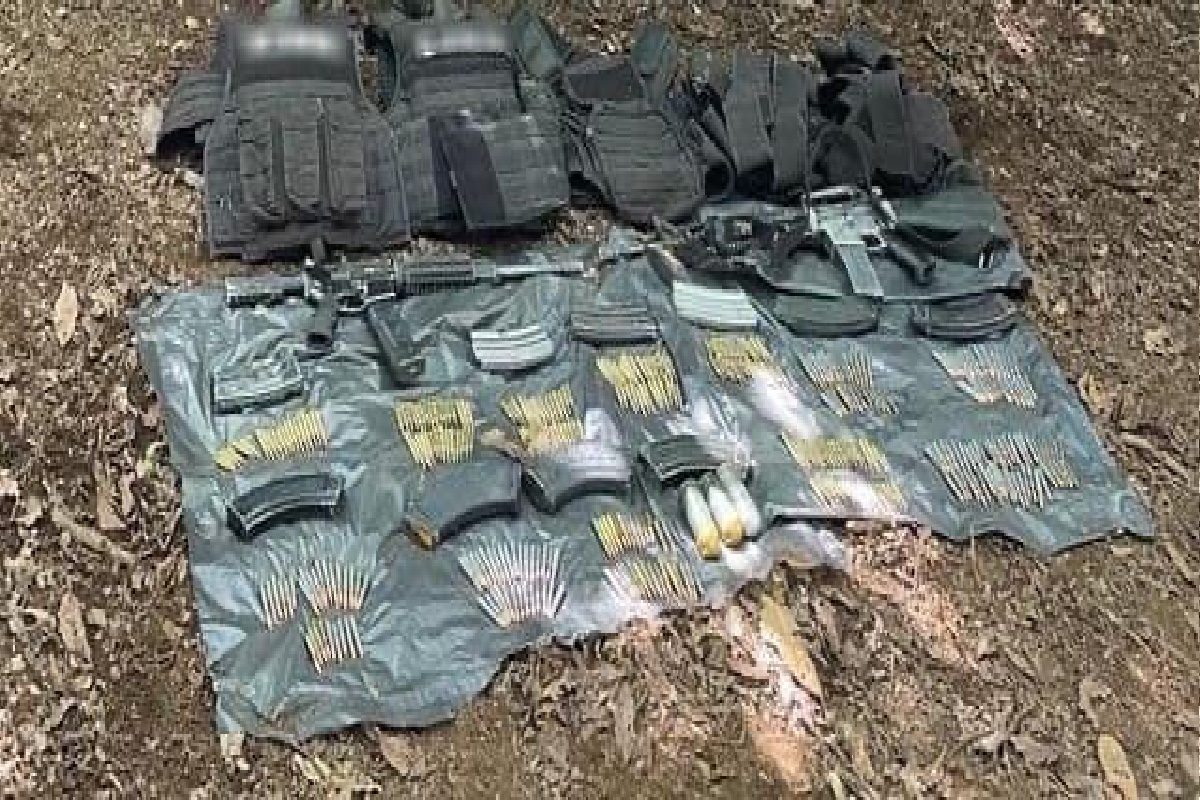 A Narcocamp of the Jalisco New Generation Cartel (CJNG) It was dismantled by elements of the Public Security Secretariat (SSP), the National Guard (GN), and the municipal police of Tingüindín and Tocumbo in the state of Michoacán in Mexico.

The Mexican authorities located the camp apparently used for the commission of illicit acts, it was reported in a statement.

The mobilization took place in the gap called “El Cenador” in the community of Tacatzcuaro, where municipal police officers detected the Jalisco Nueva Generación Cartel camp in a mountainous area.

Several rustic parapets, percussion caps of different calibers and camouflaged clothing were found at the site, of which the authorities were in charge of “erasing” the initials of the CJNG, a fact from which it was not clarified why this maneuver had been carried out.

Once the corresponding tasks had been carried out, the officers proceeded to destroy the place and notify the competent authority, who will carry out the procedures established in Mexican law.

Tingüindín, an area in dispute between the CJNG and the United Cartels

In December 2021, the facilities of an avocado packing company were burned in the municipality of Tingüindín, presumably by drug traffickers from United cartels (CU) because in the area they have a dispute with the Jalisco Nueva Generación Cartel.

On that occasion, a group from mens Dressed in military-style clothing, they sprayed gasoline and set fire to the packing house located on the highway. Jacona–The Kings, at the level of the community of Saint Juanico, on Tingüindín, with no injuries but thousands of dollars in damages.