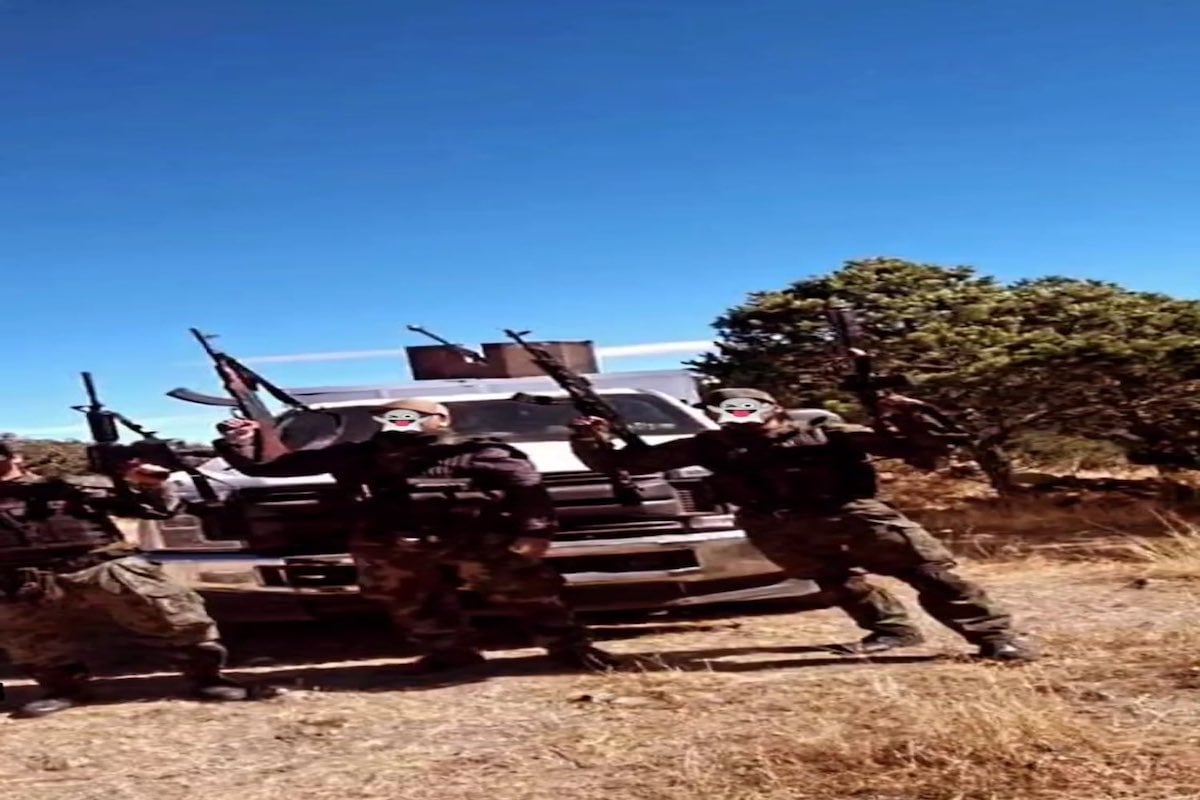 On social networks, photos are circulating of the armored pickup trucks that Sinaloa Cartel (CDS) kingpin Ismael “El Mayo” Zambada gave to his hitmen to reinforce their offensive against the Jalisco Cartel – New Generation (CJNG) in the northern state of Durango. Mayo’s gunmen are fighting the people of Nemesio Oseguera Cervantes, alias “El Mencho,” in states located in strategic drug trafficking zones such as the so-called Golden Triangle, where the states of Durango, Chihuahua, and Sinaloa converge.

One of the most important armed branches of the Sinaloa Cartel in Durango is the Cabrera Sarabia Cartel, a family very close to Joaquin “El Chapo” Guzman, who, along with El Mayo Zambada, leads one of the most dangerous criminal organizations in Mexico.

In 2011, the Mexican military arrested Felipe Cabrera Sarabia, alias “El Inge,” a lieutenant of the Sinaloa Cartel in Durango; he was later extradited to the United States, where he was put on trial for sending drugs to that country.

The armed branches of this cartel recruit young people between 14 and 17 years of age to form their cadres of assassins, according to data from the National Defense Secretariat (Sedena). Once they finish the training stage, they focus on executions, kidnappings, and extortion. Those who are more skilled at negotiating and organizing groups begin to focus on the production and distribution of drugs.